In this year of change, the Organic Farm School on Whidbey Island has had its share. It shifted to include online instruction, created new distribution channels and changed its crop plan to focus on feeding the local island community. The biggest change has been the return of a former student to serve as interim farm manager. Farming is a rewarding career for anyone who loves the outdoors and is not afraid of hard work. The school is recruiting now for the class of spring 2021. 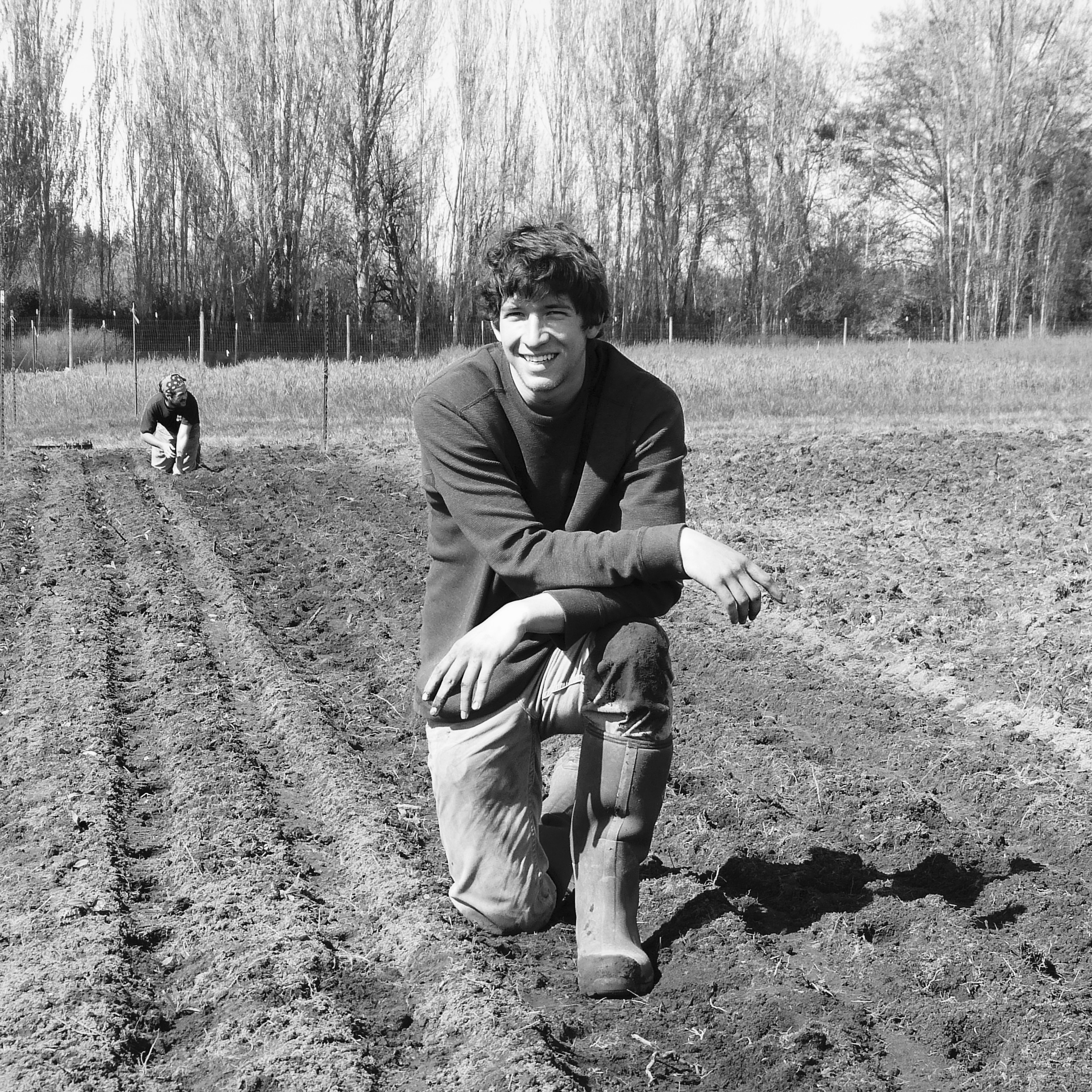 Langley, WA, August 09, 2020 --(PR.com)-- In this year of change, the Organic Farm School (OFS) on Whidbey Island has had its share. The first in March was considering how they could shift to online instruction, before they figured out a way to safely move students to live on the farm for their total immersion training in the field.

Next, as their priority shifted to feeding the local island community rather than selling to buyers in nearby Seattle, they revised their seasonal crop plan, adding more shelf stable produce. This led to creating new forms of distribution, such as a touchless drive-through farm stand with weekly online pre-ordering. The school also jumped in to support the Northwest Agriculture Business Center’s launch of the Whidbey Island Grown Cooperative, the first island-wide food hub.

“COVID-19 has drawn our attention to so many things that our communities probably should have been paying attention to in the first place, like the value of a local, fresh food supply system,” said OFS Executive Director Judy Feldman. “Innovations like the new food hub are powerful and strategic moves to value farmers and feed our neighbors. This is something many across the country are just now realizing.”

Perhaps the most dramatic change came as their farm manager, Aaron Varadi, accepted an exciting new job with High Mowing Seed Organic Seeds in mid-season. His passion for the ethical stewardship of genetic resources had been key in perpetuating a seed development and production project at the school.

Most people would find this much turmoil too overwhelming. But for the school’s executive director, it’s just life on the farm.

“Farmers must be resilient and ready for change,” said Feldman. “Regenerative farming practices are all about paying attention to change and implementing the most life-affirming responses. Every year, not just this one, is going to be filled with challenges. We teach our students to embrace this and see disruptions as opportunities for trying new approaches.”

In this case, the adjustments are working out better than anyone could have imagined. Farm production and sales are way up, as local residents find new value in locally-grown food. Recruitment looks to be on track to fill next year’s class (those interested can apply today), as people begin to recognize farming as a noble profession and viable career path. And, the most exciting news, the school has recruited a former star student, Peyton Cypress, as interim farm manager.

“Peyton is perfect for this job. He’s keenly aware of how vulnerable our food system is, and embraces our emphasis on regenerative ag practices,” said Feldman. “We’re excited to have his ambitious outlook and fresh perspective as he helps mentor future farmers.”

Cypress says he’s looking forward to encouraging and facilitating the growth of young farmers through positive action, engagement and conversation.

“What excites me most about returning is the opportunity to carry out the school’s mission through the sharing of my personal experiences and interpersonal interactions,” he said. “I believe this school is playing a vital role in shaping a strong agricultural future.”

Before attending the farm school in 2017, Peyton was a collegiate pitcher, with sights set on a future in baseball. As an athlete, he always valued quality food. However, as he completed his degree in science, he dove deeper into the topic and became increasingly alarmed with society’s lack of understanding of food.

“This ultimately led me to search for a program that allowed my curiosity for health and science to flourish,” he said. “I wanted to challenge my own understanding of food, community, and ecology. In the end, after months of research, the Organic Farm School was the idyllic choice.”

After graduation he accepted an apprenticeship at Ferme des Quatre Temps in Quebec, where his knowledge for intensive vegetable production and animal integration grew.

“I was able to work side-by-side with Jean Martin-Fortier to develop a compost system. By utilizing the farm’s excess and various manures, combined with their post market and consumer waste, we created a loop that attempted to bring the farm closer to a closed system,” Cypress said.

Martin-Fortier is an internationally recognized authority on small-scale agriculture who wrote “The Market Gardener.” The book is considered to be the most influential farming book of the last decade. Here Cypress learned to embrace a vision of farming practices that focuses on doing things better, not bigger, yet still remaining profitable.

“I very much look forward to bringing the knowledge of vegetable production and ‘closed loop’ understanding to the farm school,” said Cypress. “I want to plant the thought in a future generation of farmers that fertility can happen on the farm, instead of sourcing from far away, which is what ‘closed loop’ is all about.”

As luck would have it, the Washington State Department of Agriculture awarded OFS a three-year grant to compare productivity of the very techniques used by Martin-Fortier, versus more modern cultivation practices.

“It’s quite serendipitous that Peyton will help oversee this grant project with us, after having first learned to use tractors with us, and then experiencing firsthand how the non-mechanized/walk behind equipment differs, and how the ‘closed loop’ side of it all plays out,” said Feldman.

Cypress next landed at Stone Barns Center for Agriculture in New York, where his curiosity grew rapidly. He participated in the farm’s success by learning the intricacies and theories of crop rotation, perennial integration, and long term animal and pasture rotation. Chef Dan Barber is co-owner of Blue Hill restaurant located at the nonprofit education center, as well as in Manhattan. Barber, author of “The Third Plate,” is known for his radical views of a new paradigm where great farming and delicious cuisine intersect.

“I plan to bring new ideas to the farm school that revolve around the thought of long-term fertility and diversification,” said Cypress. “I was able to share a few conversations with Chef Barber, but the majority of my time was spent with the impeccable farmers Jack Algiere, Jason Grauer, and Mike Peterson. They are incredibly smart and passionate people.”

His final transition prior to his new post at the farm school on Whidbey Island, was a managerial role at Southall Farm, the destination retreat center outside of Nashville.

There he was given a vast amount of freedom to design and develop the systems they continue to use today. He designed their garden, mapped out the rotation of crops and implemented a program to supply a 40-box CSA, with plenty of extra produce for the chefs to integrate into meals.

Cypress is eager to meet the current students pursing a farming career path at the OFS, and shares their optimism about the future of American agriculture. Having been a captain of sports teams his entire life, he understands the necessity of positive energy, the importance of recognition and the vital role of correcting mistakes in a productive, proactive manner.

“Farming is an honorable way to make a living and support your community,” said Feldman. “If you enjoy the outdoors and are not afraid of hard work, then growing food from the land is a sustainable, rewarding career. The pandemic has shown us how many people work in rather hazardous positions for low wages, with very little fulfillment. Why not instead choose something that offers a whole lot more meaning, is safe, feeds your soul, and serves the people in your community? Why not choose farming?”