La Roca Futbol Club continues to build upon its record of producing more professional soccer players than any other soccer club in Utah. 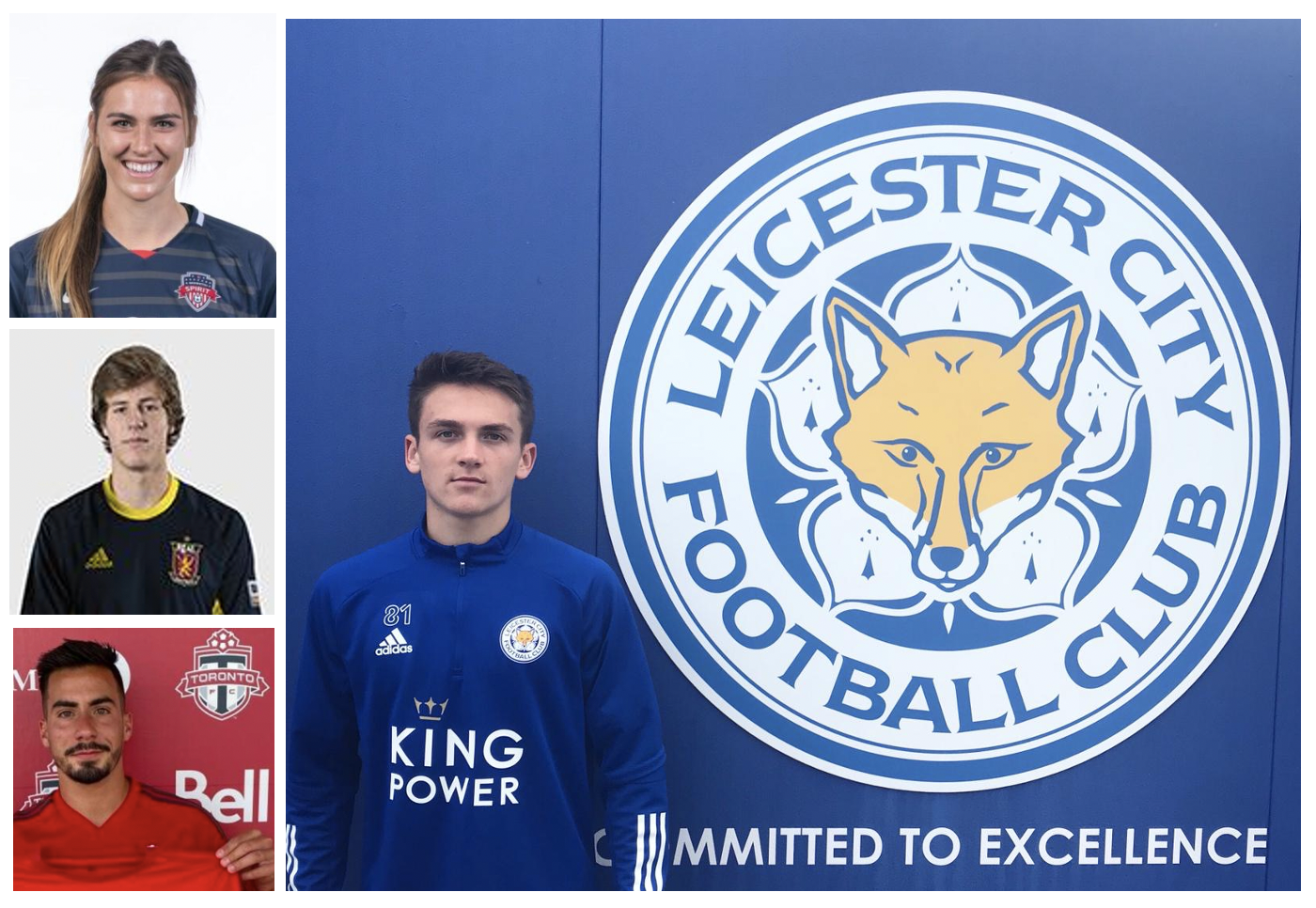 South Weber, UT, September 09, 2020 --(PR.com)-- In a year that has been plagued by an abundance of bleak news, great things continue to happen at La Roca Futbol Club and for its players. La Roca FC prides itself on the development of players and, to date, has produced 16 professional players in its 15 short years of existence, making La Roca FC Utah’s best pathway to a professional soccer career.

In 2020 alone, Averie Collins, Bode Davis and Nico Ovalle, all products of La Roca FC, signed professional contracts and have been given the opportunity to continue their love for the game and play at the next level. Averie Collins, La Roca FC’s first female professional player, joined NWSL Washington Spirit; Bode Davis, just 18 years old, signed with the RSL Monarchs, and Nico Ovalle signed with Toronto FC II.

Alongside these amazing players is another former La Roca FC player who has been given the opportunity of a lifetime. Zach Booth is the newest addition to the list with his transition from Real Salt Lake’s Academy to the English Premier League club Leicester City just this past week. Chad Booth, father of both professional players Zach and Taylor Booth said, “We have had four sons play for the La Roca soccer club. La Roca, for our family, has been more than just a soccer club, it has been a nurturing environment where our children have been taught by top-notch coaches who have a passion and love for the game. Through their experiences with La Roca, our boys have learned the value of teamwork, sportsmanship, responsibility, and commitment. La Roca developed them as soccer players and as young men. It has been a joy to see two of our sons take the skills they gained at La Roca and now be playing in Europe for Bayern Munich and Leicester City.”

“It’s fascinating to see our own players achieve this type of success,” La Roca FC Founder and Technical Director, Adolfo Ovalle said. “When I see these opportunities present themselves for our players, it confirms we are doing the right thing and have the best program in Utah. With hard work, great coaches and supportive parents, our players can achieve their highest dreams. It’s beyond satisfying and I’m so grateful that La Roca FC could be part of the process and their success.”

La Roca FC has developed a strong relationship with its local MLS team, Real Salt Lake (aka RSL). Over the past 15 years, several La Roca FC players have launched their professional careers with RSL. “La Roca FC has done an excellent job in consistently developing soccer players for several years now. They have always been consistent with producing the type of players we desire,” said Arnold Rijsenburg, Director of Coaching for RSL Academy. “At RSL we constantly keep an eye out for what great talent they are developing next. La Roca FC has been a fantastic resource for RSL, and we look forward to having a long-lasting relationship with them.”

La Roca FC’s first female professional, Averie Collins said, “La Roca provided the competitive and developmental environment necessary to reach my goals at the next level. Adolfo [Ovalle] and Pancho [Ovalle] are world class coaches who have a built a program that breeds excellence and I am just so humbled to have been a part of it.”

Bode Davis, who recently joined RSL Monarchs, adds, “La Roca FC has not only helped me to become a top footballer but has given me the chance to create relationships that will last forever. La Roca FC will always be more than just a football club to me, and I am forever grateful for that!”

Toronto FC II team member, Nico Ovalle, said, “La Roca FC has been there for me since I became a young footballer at the age of 7. The club and coaches taught me how to become a good footballer but more importantly how to be a good person. I will be eternally grateful. Thank you, La Roca FC.”

As youth sports organizations regroup and try to regain lost development time from the COVID-19 pandemic, La Roca FC continues to be a leader. Not only did La Roca FC quickly transition to a robust four day/week online training course for all its players during quarantine, it also provided a structured approach for coaches to stay in contact, evaluate needs and prepare for the upcoming season. La Roca FC’s focus remains to be the best youth soccer club in Utah and to continue to produce and advance exceptional players to the next level.

About La Roca FC
La Roca Futbol Club was established in 2005 to provide a quality competitive youth soccer program in Utah and has grown to become the most successful club in the state with more State Cup Championship titles than any other club. La Roca FC trains serious youth soccer players who desire an opportunity to develop and showcase his/her skills to the fullest potential. To date, La Roca has produced 16 professional players both domestically and internationally. La Roca FC offers players a chance to play at the highest level of state competition and compete in various regional and national tournaments and leagues. La Roca is a 501(c)(3) corporation under the direction of its Board of Directors.