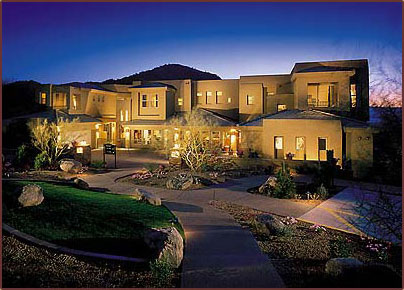 Fountain Hills, AZ, October 05, 2020 --(PR.com)-- The Villas at Copperwynd Association announced today that in response to an Arizona Superior Court complaint against the Villas filed by Palisades Resorts LLC, the owner of the Marriott Adero Scottsdale Resort, it filed a defense and countersuit on October 2 requesting at least $2 million in damages. The public can view the legal filings at the Arizona Superior Court, Maricopa County, under Case No. CV2020-054769.

The complaint alleges: Twenty years ago, Sun Tech developed both the Villas at Copperwynd condominium complex and the neighboring Copperwynd Resort and Club, now called the Marriott Adero Scottsdale Resort; Sun Tech marketed the Villas as a Premier Resort Community promoting a lifestyle linked directly to the Resort through access to its amenities including pools, workout facility, restaurant, and social activities intended to bring members of the Association together to support a Resort lifestyle not available anywhere else; the relationship between the Villas and the Resort contributed greatly to the Villas appeal to prospective buyers, and Sun Tech accordingly priced the units at a premium; the Villas never had any amenities such as a pool or a gym, within its boundaries because Sun Tech intended to develop a community dependent upon members of the Association purchasing a membership in the Resort and using its amenities as part of the Premier Resort Community lifestyle promoted by Sun Tech.

The complaint further alleges: in 2015, Palisades Resorts bought the Resort from Sun Tech; shortly after purchasing the Resort, Palisades began to obtain temporary noise permits from the Town of Fountain Hills (the “Town”); when the Association Board refused to agree with Palisades’ demands, Palisades notified the membership of the Association that anyone who purchased a Unit in the Association after January 2017 would not be allowed to join the Resort or even set foot on the Resort property (the “Moratorium”); after the Moratorium was imposed, the fair market values of the units within the Association plummeted, a fact to which William Hinz (“Hinz”), a representative from Palisades, has admitted; Hinz demanded a Two Million Dollar ($2,000,000) payment from the members of the Association; Hinz stated this payment was to compensate him for the investment he made in the Resort, alleging such payment would increase the value of the Villas and provide premium access to the Club for existing owners; since Palisades would not be lifting the Moratorium, it follows that the fair market value of the Villa values would not be restored since any new owners would not be allowed to join the Resort.

The complaint further alleges: In July 2019 and in June 2020, Palisades Resorts demanded that the Villas obtain its approval for any regular repairs and new construction; Palisades claimed to have veto power over the Villas affairs by virtue of a set of Covenants, Conditions, and Restrictions (CC&Rs) imposed on the Villas by Sun Tech before the Villas were developed and which violate AZ condo statutes; in August 2020, as a result of the Villas informing Palisades Resorts that it does not agree with the control being asserted by the Resort, Palisades filed a complaint with the Arizona Superior Court asking the court to rule on the legality of the CC&Rs control provisions; Palisades also terminated the Club membership of Marc Chouinard, Board President, and Stanley Feldman, Board Vice President.

The Villas Board of Directors stated, “The Villas homeowners are mostly retired senior citizens. They have asked the Board to resolve the situation with the Resort and properly position the Villas for the second 20 years of its existence.”