An example of “health-care diplomacy” at work 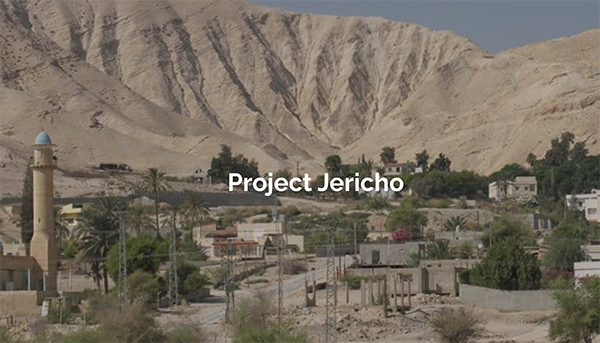 Carson City, NV, November 23, 2020 --(PR.com)-- Intelliversity, a not-for-profit business training and consulting organization, announces the initiation of Project Jericho, the planning process to construct a modern medical tourism center in or near the biblical town of Jericho, on the West Bank of the Jordon River, an area currently administered by the Palestinian National Authority. Project Jericho (under a suitable name to be determined later) will provide extended cancer care both for the local Palestinian population (residents of the West Bank and Gaza), residents of nearby Jordon, Lebanon and Syria, and the Gulf States, including Saudi Arabia, the United Arab Emirates, Iraq, Kuwait, Bahrain, Qatar and Oman. Project Jericho will be staffed largely by Palestinians and advised by researchers and physicians from the U.S., Israel and elsewhere who are familiar with the most advanced and experimental methods of cancer care. Intelliversity is committed to managing development of Project Jericho until it can be handed over to an appropriate operating entity.

“I believe that peace is not the absence of war; it is the presence of common purpose,” stated Robert Steven Kramarz, Intelliversity Executive Director. “With this point in mind, we’re looking forward to Project Jericho becoming a contribution to the Middle East and ultimately the world in four ways. First, to raise the standard of care for cancer care in the Arabic-speaking Middle East to the highest levels available in the world; second to provide significant win-win economic growth for the Palestinian economy; third to enable knowledge transfer of medical and scientific expertise into the region; and fourth, to stimulate openings that lead to new peace agreements in the region. Given the positive reception so far, and given such recent successes as the Abraham Accords Peace Agreement, which normalized diplomatic relations between Israel, the UAE and subsequently Bahrain in the middle of 2020, I’ve good reason to believe this kind of project can and will succeed. I’m grateful for the support and advice given by many others while developing the plans for Project Jericho.”

Healthcare Diplomacy
Project Jericho is a leading example of “healthcare diplomacy” also known as “medical diplomacy.” Healthcare diplomacy leverages collaboration in medicine and science to create openings for peace agreements and knowledge transfer in regions of conflict or increasing collaboration. Project Jericho is also an example of “medical tourism,” previously mainly used for operations such as transplants and joint replacement. In the case of Project Jericho, medical tourism will assist with extended cancer care such as chemotherapy and immunotherapy requiring extended stay by both the patient and their family. Understanding that hope and family play a large role in cancer recovery, Project Jericho will provide this care for both patient and family in a setting of resort living surrounded by familiar language, cultural and religious practices. In this way, Project Jericho will help achieve a high rate of successful treatment so that patients can return to their homes with many years to look forward to.

Revealed Privately at C3 Summit
Project Jericho was first revealed privately by Mr. Kramarz on November 12 and 13 at the C3 Summit for US- Middle East Collaboration in Healthcare. This event was organized by Ransel Potter’s C3 Summit International, Ltd., where healthcare leaders from U.S. and Saudi Arabian organizations met online to discuss healthcare and medical collaboration. Project Jericho received a positive reception at the conclusion of the Summit as one of two most inspirational presentations at the Summit. The other most inspirational presentation at the Summit was by Dr. Maliha Hashmi, who spoke on healthcare aspects of NEOM, the $500B “city of the future” under development in north-west Saudi Arabia. Both Project Jericho and NEOM have missions consistent with Intelliversity's mission, to drive innovation that has real-world impact supported by realistic management.

Background
Intelliversity is an “innovation accelerator” since 2009 – committed to “innovation for the real world.” We believe that success in the real world for innovation depends largely on the qualities and diversity of the people operating any innovative organization. Using this principle, which is part of the “science of innovation,” Intelliversity works with venture capitalist and individual investors to ensure that the most effective founders (known as “vision masters”) receive the most capital. We also work as advisors to innovative companies and non-profit organizations to accelerate essential funding and to see that their plans are carried out with minimum of risk and maximum effectiveness.