Artwork of New Jersey Artist, Stephanie Deshpande, Included on a Time Capsule to the Moon with 1200 International Artists and One A.I. 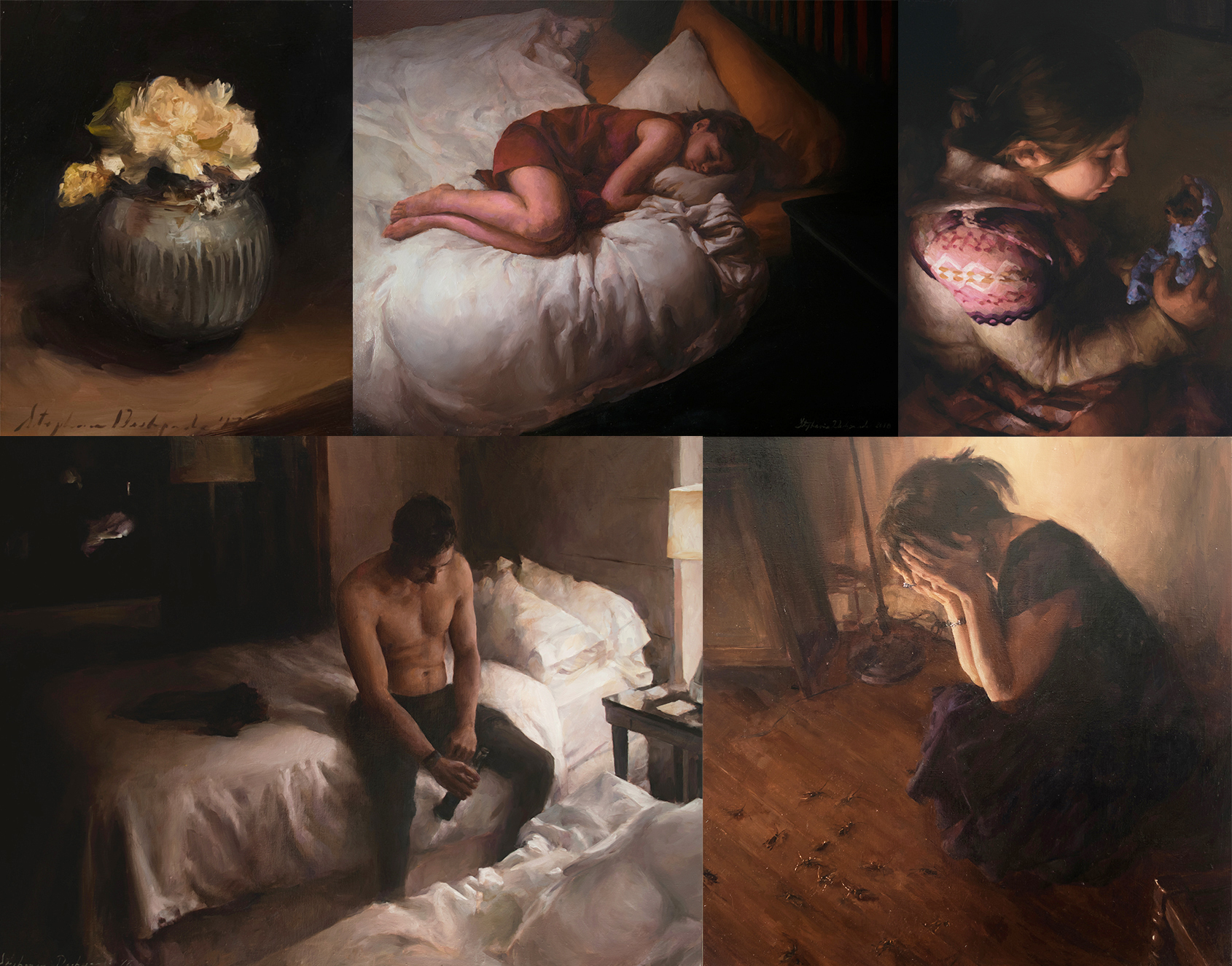 Montclair, NJ, April 29, 2021 --(PR.com)-- The Peregrine Collection – an assembly of thousands of creative works by over 1200 creative artists and one A.I. – is headed for the Moon. Seven paintings by the New Jersey artist, Stephanie Deshpande, are included in this collection.

Deshpande is a representational painter best known for her emotive portraits and narrative paintings. Her work combines her love of realism with personal allegories. She has received recognition for her paintings by numerous art clubs and magazines. Her work appears in 40 Contemporary Great Masters of Portrait Painting by the Editorial Staff of The Art of Watercolour magazine. Deshpande also painted the memorial portrait of Cynthia Graham Hurd, one of the Emanuel AME Church shooting victims, which is on view at the Cynthia Graham Hurd/St Andrews Regional Library Charleston, SC.

The Artists on the Moon (AOTM) project, coordinated by Dr. Samuel Peralta, is joining NASA’s scientific payloads on Astrobotic’s Peregrine Mission One, the first commercial launch in history, on a United Launch Alliance (ULA) rocket to Lacus Mortis on the lunar surface. Dr. Peralta, a physicist and entrepreneur, is also an author, whose fiction has hit the Wall Street Journal and USA Today bestseller lists, and whose poetry has won awards worldwide.

The centerpieces of Dr. Peralta’s payload are the 21 volumes of his own Future Chronicles anthologies, all Amazon bestsellers, and 15 PoetsArtists art magazines and exhibition catalogs, one of which he helmed as guest curator for publisher and art curator Didi Menendez. Each individual volume provided scores of curated contemporary art and short stories for the time capsule.

Together with other art books, anthologies, novels, music, and screenplays - including for the short film Real Artists, which won an Emmy® Award in 2019 - Dr. Peralta and his colleagues have digitized literally thousands of art and fiction for the trip to the Moon.

Dr. Peralta noted that between AOTM and its sister project, the Writers on the Moon group coordinated by fellow author Dr. Susan Kaye Quinn, several thousand creative artists and writers are now represented for the lunar journey.

“Our hope is that future travelers who find this capsule will discover some of the richness of our world today,” Dr. Peralta said. “It speaks to the idea that, despite wars and pandemics and climate upheaval, humankind found time to dream, time to create art.”

The Peregrine Collection represents creative artists from all over the globe, including from Canada, the US, the U.K., Ireland, Belgium, Australia, Sri Lanka, Singapore, and the Philippines. It includes a collaborative human-AI work of poetry between Dr. Peralta and OSUN, an OpenAI-based machine programmed by Sri Lankan author and researcher Yudhanjaya Wijeratne.

The Peregrine Collection is among the most diverse collections of contemporary cultural work assembled for launch into space, and is believed to be the first-ever project to place the work of women artists on the Moon.

Launch is scheduled in July 2021 from Cape Canaveral, Florida, and the lander will touch down in the Lacus Mortis region of the Moon, marking Earth’s return, and the first mission carrying commercial payloads, to the lunar surface.

About Samuel Peralta
Physicist, entrepreneur, and storyteller, Samuel Peralta’s fiction has hit the Wall Street Journal and USA Today bestseller lists, and his poetry has won awards worldwide, including from the BBC, the UK Poetry Society, and the League of Canadian Poets.

Acclaimed for his Future Chronicles anthologies, he is an art curator, an award-winning composer, and a producer of independent films, including The Fencer, nominated for a Golden Globe®, and Real Artists, winner of an Emmy® Award.

With a Ph.D. in physics and an expansive career, Samuel serves on the board of directors of several firms, and mentors start-ups at the University of Toronto’s ICUBE accelerator.

About Stephanie Deshpande
Stephanie Deshpande is a Signature Member of the Portrait Society of America. Her paintings have received recognition by the Art Renewal Center, Allied Artists of America, and Oil Painters of America. Her work appears in the book 40 Contemporary Great Masters of Portrait Painting by the Editorial Staff of The Art of Watercolour magazine and 21st Century Figurative Art: The Resurrection of Art by Jan Esmann. Her work is included in the New Britain Museum of American Art Post Contemporary collection and has exhibited internationally at the European Museum of Modern Art in Barcelona.

Deshpande teaches at the Visual Arts Center of New Jersey, and is represented by Arundel Contemporary in West Sussex, England. 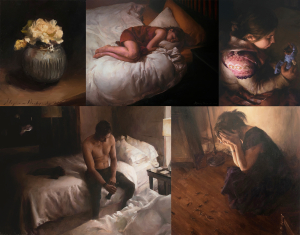 Five paintings by Stephanie Deshpande included in the Peregrine collection.