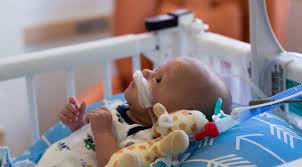 Palo Alto, CA, June 29, 2021 --(PR.com)-- The Wonderful Company filed a new lawsuit in the Superior Court of the State of California against Stanford for alleged healthcare fraud at the Stanford Lucile Packard Children’s Hospital. The multi-million dollar lawsuit is captioned The Wonderful Company vs. Anthem Blue Cross Life and Health Insurance Company; Lucile Packard Children's Hospital Stanford et. al. The lawsuit alleges that Stanford and its affiliates are involved in “extortion” through demands from exorbitant and fraudulent medical bills. It also alleges that Stanford and its affiliates habitually and egregiously upcoded and double billed for the medical care of a very young child. The lawsuit seeks more than that - it also pleads relief from the court for “others who are similarly situated” pursuant to California statutes which allow the same. The Complaint alleges Stanford had already billed and been paid for $1.3 million for services rendered at Stanford to just one child and then, Stanford Children’s Hospital required an additional $4,605,066.26 for the treatment of the same child. The suit alleges that Stanford as a tax advantaged “non-profit,” took advantage of its financial privileges by charging “unlawful and duplicate charges” for this pediatric care which resulted in false and fictional charges for over $6 million in total.

The allegations of unlawful unbundling and upcoding at Stanford’s Children’s Hospital, and in many cases double and triple billing for the same services are nearly identical to the allegations in the lawsuit filed on behalf of the Government against Stanford in Federal Court.

That Federal case is captioned United States vs. Stanford Health Care et. al., and is pending hearing before the Ninth Circuit. The Federal healthcare billing fraud lawsuit was brought on behalf of the U.S. Government by a whistleblower who detected Stanford’s upcoding and double billing. That suit alleges that Stanford and its affiliates have engaged in a decade long Government Medicare billing fraud primarily targeting the aged and disabled, in amounts in excess of $468 million of damages to the Government.

The Federal court pleadings allege that Stanford is not a prototypical “non-profit” and that Stanford is very profit driven - indeed it prides itself on billing high and maximal at all costs. According to the journal Health Affairs, despite its not-for-profit basis, Stanford consistently ranks as of the top five most profitable hospitals in the nation, earning $9.4 billion at relevant times in its hospital alone. The lawsuit further alleges that Stanford more than doubled its Medicare annual revenues from 2012 to 2016, without a corresponding or explainable increase in Stanford’s bed count, staffing, or overhead, and that Stanford’s disproportionate revenue escalation has only intensified from 2017 onward. The Complaint alleges that Stanford achieves these astonishing profits because it surreptitiously extracts far greater gains from the Government, than conventionally operating hospitals, and Stanford further receives more federal stimulus money than any hospital system in California, production payments which are based on Stanford’s voluminous false claims. This newer State Court lawsuit by The Wonderful Company alleges that Stanford’s billing fraud is not just limited to Medicare patients, but extends to Stanford Lucile Packard Children’s Hospital. The State suit alleges that Stanford and its affiliates have engaged in a multi-year long commercial and private insurance fraud in excess of multi-millions of dollars, primarily against infants and children.

According to a study published by the journal Health Affairs in 2016, Stanford Hospitals and Clinics in Palo Alto consistently ranks as one of the top 5 most profitable hospitals in the United States. Those same years, the majority of U.S. hospitals lost money caring for patients.

Multiple employment and wrongful termination lawsuits for whistleblowing employees against Stanford Hospital, University Healthcare Alliance, and Stanford University have been filed like Young vs. Stanford (RG17-877055) in the Alameda County Superior Court, Gaines vs. Stanford (3-16-02381) in California Federal Court, and others. The law not only has built-in protections for whistleblowers, which prohibits retaliation by employers, but 31 U.S.C. section 3279 also mandates a monetary award of a percentage of any recovery by the Government which results from a whistleblower’s insider information of fraud on the Government. There are very specific rules for how the “original source information” is brought to the Government’s attention, and these require typically a special lawsuit called a qui tam action filed by the whistleblower. If the information is however publicly disclosed, then that alone may disqualify the whistleblower from receiving an award.

The Law Offices of Gloria Juarez represent the interests of the whistleblower on behalf in the United States vs. Stanford HealthCare in the Ninth Circuit. Ms. Juarez's firm has a special interest in prosecuting false claims act cases on behalf of the Government - both State and Federal, and uncovering Stanford Healthcare’s fraud. The Law Firm commented that it is really only through the ongoing dedication, and courageous whistleblowing and voluntary outreach from Stanford insiders like its former employees, billers, and coders that fraudulent healthcare schemes have been fully uncovered and finally brought to justice.
Contact
GJLAW
Gloria Juarez
949-288-3402
thegjlaw.com