Is Alan Roger Currie "The G.O.A.T." of All Dating Coaches for (Single) Men?

A few popular Black male YouTubers have been recently debating which dating coach for men offers the absolute best advice for today's single heterosexual man. A good number of them say it is Author and Dating Coach Alan Roger Currie, who is best known for his popular self-help book for men titled, "Mode One: Let the Women Know What You're REALLY Thinking" which is available on Amazon.com and Audible.com in eBook, paperback and audiobook formats. Currie has been offering dating advice since 1999. 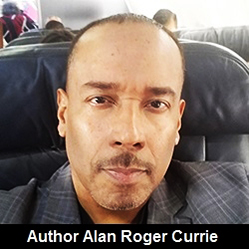 Ramil Amyr, a popular Black male YouTuber included in the group of Black Male YouTube content creators who comprise what is known as "The Black Manosphere," believes that Currie - whose nickname is "The Godfather of Direct Verbal Game Knowledge, Wisdom & Advice" - offers single heterosexual men arguably the best and most useful advice related to experiencing success in today's ever-so-challenging dating landscape.

"I did not even need to read all of Currie's books. I would give Currie the title of 'Da GOAT' based on the information and advice he provides in just two of his five books: 'The Possibility of Sex' and 'The Beta Male Revolution.' Those two books alone have the potential to save a lot of men unnecessary stress and problems in their search for ideal intimate companions," said Amyr, who mentioned that he has never listened to Currie's audiobook titled, "Oooooh... Say it Again," which is Currie's best-selling audiobook.

Currie was born and raised in Gary, Indiana and is a graduate of Indiana University in Bloomington, Indiana. Currie has been a featured speaker at many dating and relationships oriented workshops in cities such as Atlanta, Amsterdam (The Netherlands), Berlin (Germany), Chicago, Indianapolis, Las Vegas, London (England), Los Angeles, New York City, and Vancouver (Canada).