The 1999 movie "The Matrix" introduced us to the concept of the "Blue Pill" & the "Red Pill." Both "pills" represent two different viewpoints of life: Life as we ideally want it to be (Blue Pill) and life as it really is (Red Pill). Beginning with no later than 2011, the cult following of single heterosexual men on the internet known as "The Manosphere" adopted the various "pill" philosophies and began applying it to their views on women, feminism, masculinity, dating, relationships and marriage 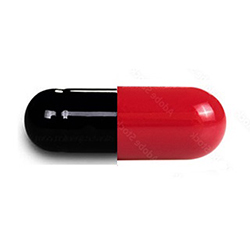 Are all four of these various "pill" philosophies confusing for you?

Book Author and Professional Dating Coach Alan Roger Currie explains each mindset and philosophy in his best-selling book titled, "No FREE Attention: How Women use The Possibility of Sex to Manipulate Naïve and Lustful Men" which was released by Mode One Publishing in late November of last year.

The following mindsets and philosophies are referenced in Alan Roger Currie's most recent book "No FREE Attention":

Blue Pill - This mindset and philosophy represents when a single heterosexual man does not possess any harsh criticisms of women who are available to date and marry in today's dating scene. Men who are of the "Blue Pill" mindset generally view the vast majority of women in society as being good candidates to be their next long-term romantic companion and/or future wife and mother to their children. Men of this mindset also tend to maintain more objective-minded views toward the idea of modern day feminism;

Red Pill - This mindset and philosophy represents when a single heterosexual man firmly believes that women view men in one of two categories: 1) Physically handsome, extremely masculine, and persuasively charming & sexually appealing "Alpha males" and 2) Naïve, lustful, romantically desperate, and financially generous "Beta males." Men who are of the "Red Pill" mindset tend to maintain the firm belief that all women (particularly women between the ages of approximately 16 and 35) execute a "dual mating strategy" in which they seek out Alpha males for short-term romantic flings and no-strings-attached & no-emotions-involved casual sex, and seek out Beta males for more long-term strictly monogamous relationships and marriage or platonic friendship. Also, men who subscribe to the 'Red Pill' mindset and philosophy tend to very frequently criticize many of the active beliefs and ideologies of modern day (liberal) feminism;

Black Pill - This mindset and philosophy represents when a single heterosexual man first experiences what is known as "Red Pill Rage" (i.e., when a man becomes a combination of disappointed and angry after he realizes that his initial "Blue Pill" views of women and dating were naïve and even delusional and that his earlier "Blue Pill" views have now clashed with the reality of his "Red Pill" awareness and realizations), and then the man slowly but surely begins to conclude that women only care about the looks and masculine sex appeal of Alpha males and the wealth, fame, popularity and social status of easy-to-manipulate Beta males...and if a man fails to be categorized by women as either good-looking and sexy or rich and famous, he will never be able to connect with an attractive woman who is genuinely interested in his romantic companionship;

"Most of your romantically frustrated and sexually frustrated 'incel' types have recently began to move away from the 'Red Pill' mindset and are now gravitating more toward the 'Black Pill' mindset. Generally speaking, men who are 'Red Pill' are usually not as negative, pessimistic, or misogynistic as men who are 'Black Pill.' For example, many men who are 'Red Pill' still believe in the idea of marriage, whereas no less than 99% of the men who subscribe to the 'Black Pill' mindset and philosophy are totally against the idea of 'romantic love' and marriage," said Currie, who is a graduate of Indiana University in Bloomington, Indiana and a member of Kappa Alpha Psi fraternity. Currie was born and raised in Gary, Indiana and is married. Currie and his wife have a son.

"Black Pill enthusiasts believe in biological determinism, so they don't believe in activities such as exercising, dieting, or dressing better. For the most part, they believe a man is either 'genetically blessed' with good looks, or he will always be average-looking or unattractive to the majority of women in society. Black Pill men believe that women could care less about a man's moral character, integrity, or overall personality and social skills. Black Pill men firmly believe that women are only interested in dating men who are exceptionally good-looking and sexy, or men who are very wealthy, famous, and extremely successful in their career pursuits," added Currie.

All of Currie's books can be found on Amazon.com and Audible.com, and you can read more biographical information about Currie here.
Contact
Mode One Multimedia, Inc.
Alan Roger Currie
1-219-789-1948
http://patreon.com/modeone
Ms. Adrienne Yates (Publicist): 1-614-975-5690