Mani Nasry is a multi-talented film producer, director and actor. Mani is known as leading actor for his recent role in the film, We (2021). The recently released film is touching on subjects of immigration, equality, diversity and unity. The cast of the film includes leading characters with Afghan, Israeli, Iranian, Venezuelan, Chinese backgrounds who portray these roles and have had related personal real life experience. 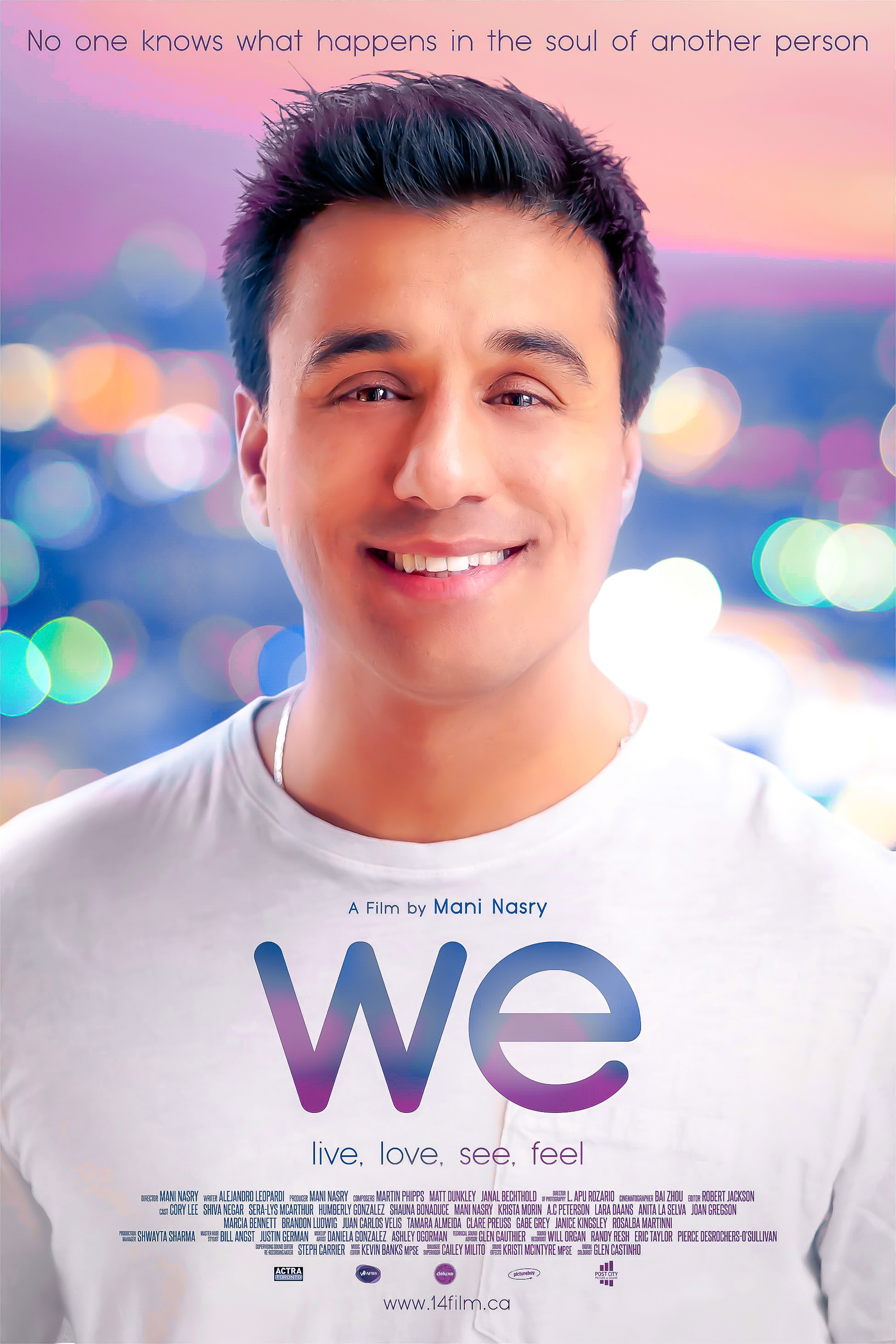 Los Angeles, CA, September 24, 2021 --(PR.com)-- The film We (2021) nasrymani.wordpress.com has been screened at several highly distinguished festivals around the world. The Desert Edge Global Film Festival awarded Mani Nasry with Best Leading Actor in a motion picture. The film was screened in Germany, Italy, Nigeria, Russia, India, Canada, US and many other countries.

This film is based on 5 leading characters who have escaped turmoil. Lets follow these characters:

The film follows a character by the name of Ethan... except his name isn’t really Ethan, it’s Ahmad – he is hiding his true identity. He has lived a lie and has lost his identity, he doesn’t know who he is and why his relationships are not working and he’s trying to find himself. Set on filling an emptiness left by the death of his parents years ago, Ahmad can’t seem to find that one connection we all desire. His dad was bombed in Afghanistan and his mom committed suicide. Ahmad is a little lost after being torn away from Afghanistan because of the war. Losing touch with his culture and religion, he doesn’t know if he should marry a Muslim girl or a Canadian girl. The film shows the beauty of Canada, and of individual cultures and religions, but exposes the complexities when they come together. Ethan is character who constantly approaches situations where he decides to love instead putting on a fight, where good should struggle with evil; truth should struggle with falsehood; freedom should struggle with slavery; love should struggle with hatred.

Samantha, who is Jewish, does not oppose dating Ethan even though he is Muslim. She welcomes everyone unlike the country who thought of her as the Unwanted People.

Gabriela is from Venezuela and so is the leading character Humbery Gonzalez in the film. Escaping food shortages, hyperinflation, a collapsing economy, disease and violence in Venezuela, Gabriela’s family moved to Canada to forge a better life only to find their parents going through a divorce and not accepting outsiders into their homes.

Sahar played by Shiva Negar is Iranian, her family escaped to Canada in order to receive better education, freedom of expression and escaping the political climate but Sahar finds it very difficult to maintain her culture and religion in Canada. As Ethan, she is considered as the other, as an outsider. They found a place but not a home.

Kay, played by Cory Lee, represents the beauty of Canada. In the film she is a positive, optimistic go-getter. She does not pass judgment of people's skin tones or religion. She does not ask about income status or where one is born in order to love. She sees earth as place for everyone without borders. Her parents married for 40 years, proved that people of different ethnicity can come together to form a unifying whole.

In an exclusive talk with Mani Nasry, he expresses what really motivates and inspires him to be the best in his profession.

“What motivates me is the ability to change the world, one day at a time. To make people feel wanted, needed, cared for, respected, valued, and appreciated. Our film We gives people of different ethnicity a chance to be the leading characters in a movie. There is a lot of politics and injustice in the industry and that’s one of the reasons I believe we have to create, we have to be producers, shakers, makers of content, and change the narrative. To tell our stories by producing our own content. Yes, it took me 10 years to study acting in New York, Los Angeles, and Toronto, and 5 years to study filmmaking at Ryerson University and another 5 years to make the film but the message is important to the world. The film, We breaks barriers between two countries and unites us even though we might be of different religions, backgrounds, or skin tones. What matters is that we are one, we are united, and from the same source. What we do to others we are only doing unto ourselves. Let us be kind and gentle to one another, to help others, to serve, to lift others up, to give hope to others, to smile in order to make them feel good about themselves, we are one family helping each other stand strong and tall.”

Mani has enjoyed great success in Features & Short Films as he has appeared in dozens of acclaimed projects, ranging from mainstream Hollywood fares such as The Glow, Covert Affairs and The L.A. Complex to acclaimed independent projects such as Galaxy Donuts, The Babysitter, In The Pin We Trust and 482-LOVE. Throughout his career, Mani has won and been nominated for numerous awards based on feature films which helped him pave his way into the industry. Awards ranging from, Best Performance By An Actor In a Leading Role, to Best International Actor with his newest feature film We.

As an actor he trained in New York at H.B Studio, Stella Adler Studio of Acting, Lee Strasberg Theatre Institute and at the Actors Studio in New York founded by Elia Kazan, now operated by Al Pacino & Ellen Burstyn. He spent 2 years working with various acting teacher in L.A such as Sharon Chatten, Eric Morris, and Allan Miller. For Mani, the decision to work in the film industry guided his academic decisions from an early age. He attended a Toronto high school renowned for excellence in the arts and was accepted into one of the highly competitive film program at Ryerson University.

Mani Nasry made a life-changing decision to travel to New York on his own at 19 years old to follow the foot steps of James Dean, Montgomery Clift, Al Pacino and Robert De Niro. In 2002, he gained his ACTRA card. Upon polishing his skills, Nasry landed his first major role, a $5 million film called The Glow with well-known actors Dean Cain and Portia De Ross. His recent film We (2021) follows Ethan, a man with big ambitions and an even bigger heart as he searches for love in the years following the death of his parents. Mani brought authenticity and life to the leading character of Ethan. He not only acted in it but also directed and produced the film. He imbued a character with layers and complexities that allowed for the audience to empathize with him and root for him. The film was fully improvised on a 200-page script. Mani is a master improviser, working with uncertainties and inherent risk to create a fresh and invigorating performance not only from himself but helping all actors accomplish the same results, the work electrified the entire production.
Contact
14 Film
Mani Nasry
647-707-6852
nasrymani.wordpress.com
www.14FILM.ca