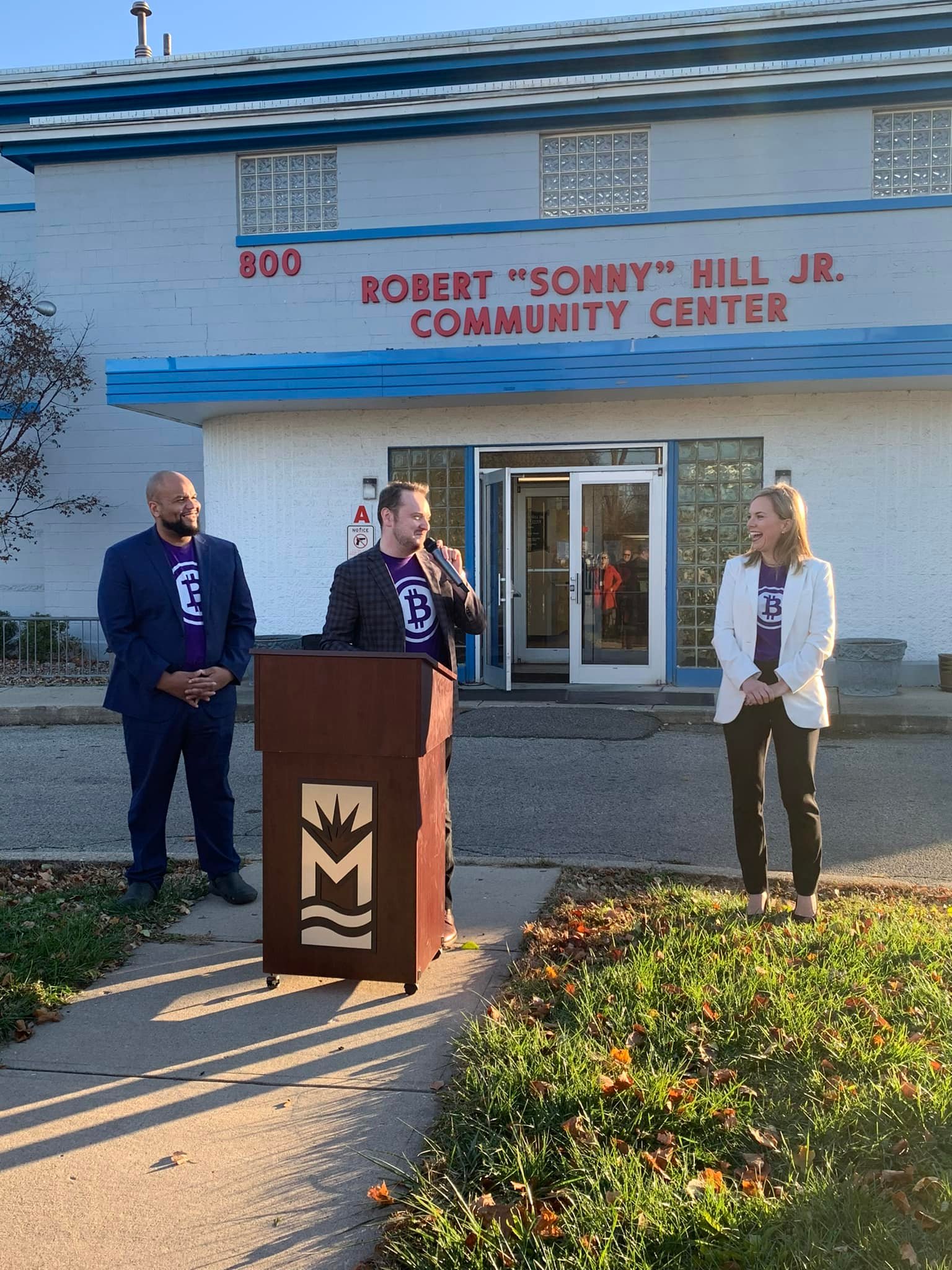 Cincinnati, OH, December 04, 2021 --(PR.com)-- On this Giving Tuesday, history has been made in Middletown Ohio. This is one of the first times in the United States that an endowment fund has been jump started by cryptocurrency. Local businessman and entrepreneur Matt King, who is the Director of Marketing and Business Automation at Hightowers Petroleum Co. has committed $100,000 to the Middletown Community Center endowment fund which will help to sustain the ongoing operational expenses of the current Robert Sonny Hill Jr. Community Center.

“For nearly a century, this center has been a place where families and children play, socialize, and utilize invaluable services. The backbone of this center will never change but in order to grow and innovate, we need to change the way we do business. Cryptocurrency is no longer something that is talked about in Chicago, Silicon Valley or Wall Street. It is happening here in Butler County,” said Matt King.

In partnership with the Northern Cincinnati Foundation, Matt King will be donating various cryptocurrencies such as Bitcoin, Ethereum and Cardano to fund the initial investment needed to launch the Middletown Community Center Fund. The goal for the endowment fund is $5,000,000.

“With cryptocurrency becoming more prevalent, we are excited to be among the first local foundations to put cryptocurrencies to use in the philanthropic sphere,” said Erin Clemons, President & CEO of the Northern Cincinnati Foundation. “Adding this service gives donors another way to make an impact for the causes they care about.”

To contribute to the fund, please reach out to the Northern Cincinnati Foundation.
Contact
Connect Central Corporation
Kayo Anderson
1-310-405-9839