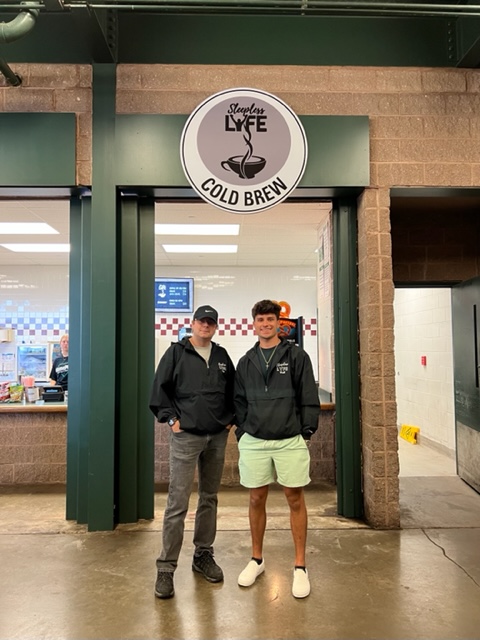 Bridgewater, NJ, July 11, 2022 --(PR.com)-- Sleepless LYFE LLC has announced a partnership with the Somerset Patriots, the New York Yankees Double-A affiliate, where they will be serving cold brew coffee (Original and an exclusive Salted Caramel blend) at TD Bank Ballpark.

This partnership with the Somerset Patriots is very exciting not only for Sleepless LYFE, but for the community. It is the perfect way to bring baseball to the world of coffee. Cold Brew coffee is the perfect beverage to keep fans cool and refreshed, but also energized and engaged, during the game.

“We are always looking to provide our fans with new and exciting food and beverage options at the ballpark,” said Mike McDermott, Vice President/General Manager of HomePlate Catering & Hospitality. “As the Somerset Patriots’ concessionaire, we like to have the mentality of come to the game, stay for the food. Our partnership with Sleepless Lyfe gives an up-and-coming local company the opportunity to market and sell their products to a large audience each night. We are excited to have them on the menu and help perk up some fans at the games with their great cold brew drinks.”

During the COVID-19 pandemic in 2020, The development of Sleepless LYFE LLC began. Ryan Galway found himself out of work and decided to develop the brand he had envisioned for a while.

A few months later, Ryan partnered up with Matthew Colvin and between their entrepreneurial mindsets, Sleepless LYFE was full steam ahead!
Matthew Colvin is a Freehold Twp. native who recently graduated from Rutgers University of Business. He has been a multi-sport athlete his whole life who embodies the Sleepless LYFE as he is always on the go. Matt looks forward to continuing his future entrepreneurial journey as he says, “This is only the beginning!”

Ryan Galway (artist manager, podcast host, and Sleepless LYFE founder) has worked in the music industry for 12 years managing 5 tours and multiple artists including Janet Gardner (formerly of Vixen) and The Amazing Kreskin. Ryan strives on giving back, he is a former Executive Director of Alice’s CUP Food Pantry located in Spotswood, NJ. Ryan also worked as an emergency medical technician, 911 operator and a Nationally certified educator in emergency communications, with Ryan’s work in emergency services, Ryan has received many awards including 2 life saving accommodations.

Sleepless LYFE is different from other coffee brands. It isn’t JUST about giving you the energy to thrive in life’s stressful situations - It’s about the feeling we leave you with long after you’ve sat down with a cup of one of our flavorful blends. We, as a brand, care most about giving you the tools to live your best life.