If passed by the Senate, new legislation would allow those injured by contaminated water at Camp Lejeune a chance to have their cases heard in court. 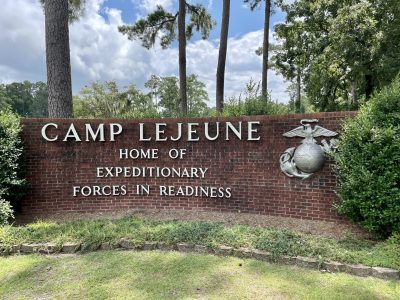 San Diego, CA, August 03, 2022 --(PR.com)-- AVA Law Group, a nationwide litigation law firm, announces that it will be representing individuals who were injured by toxic water from tainted wells at Marine Corps Base Camp Lejeune under new legislation known as the Camp Lejeune Justice Act of 2022.

The bill, which passed the House on March 3 with bipartisan support as part of the larger, comprehensive Honoring Our PACT Act of 2021, would allow military families to seek justice for decades of water contamination at Camp Lejeune in North Carolina as a broad piece of toxics legislation that aims to improve benefits for veterans exposed to toxins.

Andrew Van Arsdale, founding partner of AVA Law Group, argued, “The Camp Lejeune Justice Act is a long overdue path to justice to recognize the steadfast loyalty Marines have shown this country since 1775.” If the legislation goes on to receive Senate approval and become law, the Act will enable individuals who suffered from on-base water contamination to pursue lawsuits for their illnesses.

The Camp Lejeune Justice Act would allow those exposed — even in-utero — to water contamination at the base for at least 30 days between Aug. 1, 1953, and Dec. 31, 1987, to file a claim in the U.S. District Court for the Eastern District of Northern Carolina. To do so, the bill would essentially override a North Carolina legal hurdle that has otherwise made such suits impossible.

“The Marine Corps motto is Sempre Fi, it's time for our congressional leaders to reward that loyalty of these brave servicemembers and their families and allow them to pursue their day in court,” Van Arsdale added.

Exposures to contaminants — such as trichloroethylene (TCE), tetrachloroethylene (PCE), vinyl chloride and others — at Camp Lejeune likely increased the risk of certain cancers, adverse birth outcomes and other health impacts from the 1950s through February 1985, according to the Centers for Disease Control’s Agency for Toxic Substances and Disease Registry (ATSDR).

While public health officials have long recognized the health impacts of water contamination from the base, seeking legal recourse has never been an option for victims, due to a strict North Carolina rule called a “statute of repose.” This rule bars claims once a specific amount of time passes following a defendant’s actions. North Carolina is among the few states to have a statute of repose on polluters that prohibits plaintiffs from launching cases if more than 10 years have passed since the contaminating event.

In preparation for the bill’s passing, AVA Law Group is gearing up to assist those individuals who suffered from Camp Lejeune toxic water injuries with their claims and urges anyone who lived on base during those thirty-four years to come forward before the two-year statute proposed by the bill closes on them forever.

“Our armed forces allow every citizen in this country to realize the aspirational dreams of our Country’s forefathers, specifically Liberty and Justice for all. This bill represents the access to Justice that our Marines, their family members, civil servants, and contractors who were exposed to toxic chemicals at Camp Lejeune deserve,” Van Arsdale concluded.

AVA Law Group is a nationwide firm that represents the people against the powerful. The firm is best known for its work representing victims of childhood sexual abuse in organizations such as the Boy Scouts of America, the LDS Church, and other large institutions that are known to have harbored sexual predators. AVA Law Group also prides itself on the representation of veterans and has assisted servicemembers over the years in personal injury claims. For more information, please visit AVALaw.com.
Contact
AVA Law Group, Inc.
Donnell Allen
800-777-4141
avalaw.com