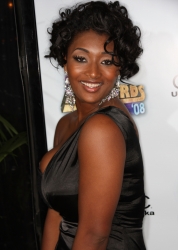 Middletown, OH, October 06, 2008 --(PR.com)-- Today the Middletown Area NAACP announced a host of Hollywood celebrities who will perform and attend this year’s annual Freedom Fund Gala, appropriately titled The NAACP Freedom Fund Celebrity Weekend. This year’s event will take place over two days, October 31, 2008 and November 1, 2008, opening with a Celebrity Basketball Game and culminating with the annual banquet which will include a VIP and general reception, silent and live auctions (featuring exotic getaways and jewelry, etc.), celebrity meet and greet, and a red carpet celebration prior to the annual gala. NAACP President and City Councilwoman, Anita Scott Jones, says “We are excited about the opportunity to bring Hollywood to the residents of South West Ohio, and we are confident that this event will help to raise additional funds for the operations of our chapter during the year and allow us to facilitate even more youth programs. We are hopeful that this will also increase membership in the NAACP.”

Both events will be held at Miami University Middletown Campus. Corporate sponsorships are still available for red carpet media wall signage. Prices and benefits are prominently listed on the event website.

Model and TV personality Toccara Jones will be awarded a key to the City of Middletown (she is a native of Dayton, Ohio) and will be this year’s guest of honor, while a host of celebrities will perform keynote addresses and musical performances. Grammy Award Winner, Kenny “Babyface” Edmonds will serve as this year’s honorary chairperson and Cintas’ COO, J. Phillip Holloman will serve as the honorary co-chair as well as perform this year’s keynote address. The topic of this year’s festivities will be “Our Youth Is Our Tomorrow” and local middle and high school students will have an opportunity to submit 500-word essays on the subject, with the winner snagging two tickets to attend all festivities and a personal opportunity to meet and greet all attending celebrities.

Scheduled Celebrities
The host of the Freedom Fund Gala will be comedian, Jay Phillips, who got his break on radio as the co-host of Baltimore's successful WXYZ morning show and was soon voted Baltimore Magazines' Comedian of the Year. Jay was introduced to the industry at Laffapalooza and at the HBO Comedy Festival after becoming one of the top draws in the urban and college markets. Delivering motivational speeches will be actor, Gary Anthony Sturgis, known for his appearance in two of Tyler Perry's movies, Diary of a Mad Black Woman and Daddy's Little Girls, as well as the 2007 movie Pride, starring Terrence Howard. He also played the Venom Virus in Scooby Doo and The Cyber Chase and performed the voice of Ebon on the hit Fox Animated series, Static Shock. He is currently writing and producing films of his own and will soon be writing for Tyler Perry’s television shows on TNT; and Omarosa Manigault-Stallworth, a two-time participant on Donald Trump's television reality show The Apprentice. Manigault-Stallworth was born in Youngstown, Ohio where she attended Rayen High School. She has gone on to appear on various talk shows and other reality shows. A TV Guide survey conducted in the summer of 2005 voted her as the most reviled reality show contestant. This is a return to her home state.

Musical performances will be delivered by: Q Parker, of the Diddy-produced quartet entitled 112, who confirmed that his début album is entitled "Real Talk" and is due for release in this fall. He is currently in the studio working with Tim & Bob, The Pirates, Jammy, Bryan-Michael Cox, Platinum Brothers and Crystal Johnson ("Touch My Body" by Mariah Carey) amongst others. The album will be released under a joint-venture between his own label NeWFAM Entertainment and Drift City Records. The first single off the album is called "Crazy Crazy" and it features Rock City. Also performing is Tanya Blount, best known for her role in Sister Act II, has signed a new recording deal with Habakkuk Music with distribution through Universal Music’s new Gospel music division in August 2008. One of the first appearances of Tanya’s recent works “Right Here” is heard in the currently playing Tyler Perry Film “The Family That Preys”. To diversify the musical selections, the gala will also feature a performance by G. Tee Shotta, (formerly of the Wu-Tang Clan’s Protect Ya Neck Records) is a well-known dancehall/reggae artist from Guyana. G-tee has performed all over the world opening up for well known artist such as; Sceechy Don, Buju Bonton, Bounty Killer & Shabba Ranks, just to name a few. G-tee's album was produced by Gregg Hills, (member of the Grammy Award Winning R&B group The Delphonics) & William Wright (President of 808 Records).

In honor of the youth theme of the program, the special guest youth celebrity will be actor, Nathan Corbett, who auditioned for and became protégé of Linda Townsend management. His credits do justice to a veteran performer as they include, theatrical performance with the Baltimore Children's Theater and Patapsco High and Center For The Arts, Appearance in national recording artist Li' Mo' Music Video, Hilary Duff Barbie Commercial, Guest Appearance on CBS's, "Cold Case" and Think film newly released, feature film, "Half Nelson" starring Ryan Gosling and is most noted for his role in The Wire as “Donut”.

Tickets and Other Information
Tickets are currently on sale at the event website located at www.celebrityweekend.co.nr and begin at a very reasonable $25 and $35 per event. To purchase tickets off line (in person) please contact Anita Scott Jones at (513) 259-4203 or Kevin Aldridge at (513) 649-0149.

For more information, press only:
Toi Troutman, (310) 359-0764, mtocelebrityweekend@gmail.com
Celebrity Interviews can be arranged for local television and radio outlets.

PDF version of press release entitled Hollywood Comes to Middletown, Ohio. Toccara Jones will receive key to the city. A host of celebrities will be in attendance at this red carpet event.