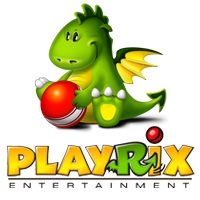 Already in its preview stage, the game was received warmly by both professionals and beta-testers. In their exclusive preview Gamezebo’s editors were “impressed by the polished production values on display.” “Royal Envoy promises to be a delightful game for any sort of player,” said Gamers Daily News Network.

Playrix’s VP of Production Igor Elovikov shared his thoughts as the game was released on Playrix’s Web site: “When the idea first struck us, we could not have imagined that it would take us over 19 months of development to this point to arrive at what we have today”, he said. “But not a single day have we regretted taking on this wonderful project. Considering the amount of work and effort our game designers have put into it, the game’s rich content, and the level of implementation, Royal Envoy has certainly been the most ambitious Playrix project to date.”

Royal Envoy™ invites players to set off on an adventurous voyage across Islandshire as they take the King's challenge to save the wonderful land of countless islands from the merciless forces of nature. The player’s mission is to construct and upgrade homes and buildings for the island citizens and ultimately become the chief city planner of Islandshire. The game’s features include:

About Playrix Entertainment
Founded in 2004, Playrix Entertainment has become known as a leading casual games developer and publisher. The team behind such hits as Gardenscapes™, Fishdom™, The Rise of Atlantis™, 4 Elements™, Call of Atlantis™, and others, is steadily stepping up production creating new compelling games and engaging gaming experiences. For more information please visit the company's Web site.