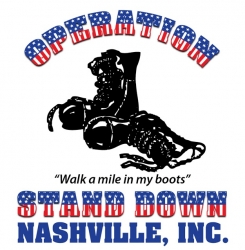 Nashville, TN, August 23, 2011 --(PR.com)-- On Monday, October 31st, 2011 Operation Stand Down, Inc. (OSDN) will host their first “Heroes Breakfast” at Loews Vanderbilt Hotel and will feature Oklahoma Senator and retired Lt. Col. Steve Russell, author of “We Got Him!”, a memoir of the hunt and capture of Saddam Hussein.

Long before the fall of Osama bin Laden, another polarizing Middle East figure fell to U.S. forces: Saddam Hussein. Russell’s book follows the six-month manhunt for Saddam, exposing the blow-by-blow plays of the actual raid that netted him and the stories behind the Soldiers involved.

The late Robin Moore, author of The Green Berets and The French Connection praised Russell's book as "an extraordinary personal glimpse of the war and a monumental credit to himself, his troops, and the United States of America," while General Tommy Franks calls it "a moving, gripping account of one of the most remarkable achievements of soldiering in a generation."

“We are hosting this breakfast to annually honor outstanding Heroes from our society who know and understand what it means to be a Veteran in today’s world,” said Robert D. Tuke, Board President of OSDN. “We are the only VA approved and supported Veteran Service Center in Tennessee. Our clients are honorably discharged veterans with an emphasis on veterans who are homeless. Our ultimate goal is to give veterans in need the tools to rejoin their community as productive, responsible citizens.”

This will be Russell’s first appearance and book signing in Nashville and he recently appeared on the Mike Huckabee Show and Fox & Friends. Time Magazine, CNN and ABC have reported on 1st Battalion’s efforts in the first year of the Iraq war. The battalion has been featured in BBC Panorama’s documentary, Saddam on the Run, and Discovery Channel’s Ace in the Hole.

"KRAFTCPA is one of the first Bronze sponsors of the event and so far we have six table captains," said Lynda Evjen, Event Chair, "and we are hoping to make this an annual event."

Every dollar raised for this event will help in providing services to over 6,000 veterans per year who need our support. Individual tickets for the event are $50 and sponsorships for this event can be obtained by calling event chairman, Lynda Evjen at 615-517-5714 or go to Operation Stand Down at http://www.osdnashville.org

About Operation Stand Down
Since 1993, Operation Stand Down Nashville, Inc (OSDN) is the primary nonprofit resource for veterans in Middle Tennessee providing life changing social services including transitional housing, or referrals, employment readiness training and placement assistance, and coordination of the activities of other agencies in the delivery of such services.