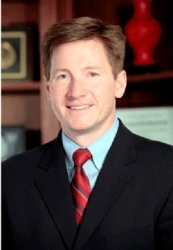 Waueksha, WI, March 13, 2013 --(PR.com)-- Joe Dalum, President and Chief Executive Officer of Waukesha based Odyne Systems, LLC, a leading manufacturer of hybrid systems for medium and heavy duty trucks, was elected President of the Green Truck Association (GTA), an affiliate of the National Trucking Equipment Association (NTEA) during the annual Board meeting held in Indianapolis, IN, March 7. Dalum had most recently served as Vice President of the GTA.

Dalum has been active in GTA association leadership since its founding in 2010 and commented, “I look forward to serving the GTA during this important time of increased focus on green technology for large trucks and exciting growth opportunities for the association.”

Prior to founding Odyne Systems, LLC in 2009, Dalum worked for DUECO, Inc., a large final-stage manufacturer of medium and heavy duty trucks and 40 year NTEA member, as Engineering Manager, Vice President and Executive Vice President. Earlier, he developed automotive products and systems for GM and Delphi. He has worked on a variety of domestic and international programs with vehicle manufacturers, including General Motors, Suzuki, Isuzu and Fiat. He has extensive experience in managing projects and bringing new technology from initial concept into high volume production.

Dalum has been granted nine U.S. patents in the area of automotive and hybrid technology. He has been an active voice in the industry, providing testimony before the U.S. Senate Committee on Energy and Natural Resources and the Committee on Science and Technology, U.S. House of Representatives, in support of plug-in hybrid medium and heavy duty truck technology. Dalum has a B.S. in Mechanical Engineering from the University of Notre Dame, a Master of Business Administration from the Kellogg School of Management, Northwestern University and over 20 years of experience in the automotive and truck industries.

About Odyne Systems, LLC
Odyne is a leader in hybrid drive systems for medium and heavy duty vehicles. Odyne’s advanced plug-in hybrid technology enables trucks over 14,000 pounds to have substantially lower fuel consumption, lower emissions, improved performance, quieter job site operation and reduced operating and maintenance costs. Odyne has fielded more plug-in hybrid systems for work trucks to fleets throughout the United States than any other supplier. The company sells its unique modular hybrid system for new and retrofit applications direct to truck manufacturers and through a global distribution and service network. The name Odyne represents the combination of “O” for Optimal and “dyne” for Force. Odyne’s hybrid system for medium and heavy duty trucks represents the best hybrid power solution for large trucks. For further information, visit us at www.odyne.com and follow us on Twitter @Odyne.

About The Green Truck Association
The Green Truck Association (GTA), an affiliate division of the NTEA, was established in 2010 in recognition of the growing interest and demand for green products within the work truck industry. The GTA helps fleets, manufacturers, upfitters, government agencies and other industry stakeholders stay up-to-date with relevant regulatory and industry developments, while also helping to expand and improve the market for green truck applications.