July 27th event by “Fired Up To Help” to benefit Coalition to Salute America’s Heroes. 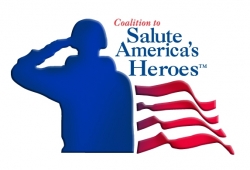 Purcellville, VA, July 12, 2013 --(PR.com)-- During his 2012 deployment to Afghanistan, Marine combat engineer Rob Jones was hit by an improvised explosive device (IED), resulting in double above-knee amputations of both his legs.

On Monday, July 8th, Rob and his partner, Oksana Masters, won the U.S. Para-Rowing Championships in Princeton, NJ, qualifying them to represent the USA at the World Championships in South Korea this August.

And this November, Rob will be embarking on a cross-country bicycle trip from Maine to Southern California to raise awareness and money for some of the charities that aided him in his recovery.

To give this true American hero the send-off he deserves, Fired Up to Help, a non-profit organization based in the Washington, DC, metro area, is hosting a BBQ fundraiser on Saturday, July 27th, from 11:00 AM to 3:00 PM, at the Loudoun Valley High School in Purcellville. LVHS is Rob’s high school alma mater. Proceeds from the event will support Rob’s bike journey through the Coalition to Salute America’s Heroes (Coalition), a leading not-for-profit organization dedicated to rebuilding the lives of severely wounded veterans of the War on Terror.

In addition to delicious pulled pork, smoked chicken, pork lion, brats and hot dogs, Rob will be on-hand to meet with participants and share his inspirational story.

Rob and his partner, known as Team Bad Company, were bronze medalists for the USA at the 2012 Paralympic Games in London. The pair placed third in the Samsung World Rowing Cup in England last month. Rob was named USRowing’s 2012 Man of the Year.

“When we found out what Rob was preparing to do, we just knew we had to pitch in with one of our BBQ fundraisers,” said Shawna Garrison of Fired Up to Help. “Everyone in the local area is invited to come out, enjoy some delicious food and support two great causes: The Coalition to Salute America’s Heroes and Rob Jones. Whether you only have time to swing by for five minutes or are able to hang out with us for a while, we hope to see you there.”

About Fired Up to Help
Fired Up to Help is a non-profit organization based in the Washington D.C. metropolitan area that was created to serve two missions. First, to be prepared to serve hot meals to first responders and our local community in the event that a disaster strikes our area, natural or man-made. Second, to serve as a fundraising mechanism to help other non-profit organizations by throwing BBQ fundraisers. For more information, visit www.FiredUpToHelp.org.
Contact
Coalition to Salute America's Heroes
Ladd Biro
817-675-3499
www.saluteheroes.org
Champion Management is proud to be the Coalition's PR agency of record.