GigatonGifts was launched in December by a group of Silicon Valley parents concerned about deforestation and open-fire cooking in poor countries. Volunteer parents developed the GigatonGifts website (www.GigatonGifts.org), where people can purchase trees and solar stoves in Africa and Haiti as gifts. Worldwide, almost 3 billion people cook over wood fires. The soot from these fires causes respiratory ailments that kill 2 to 4 million people a year, most of them women and children. 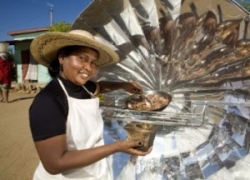 Menlo Park, CA, December 09, 2013 --(PR.com)-- GigatonGifts was launched in December by a group of Silicon Valley parents concerned about the planet they will leave to their children. They identified open-fire cooking as an often overlooked source of many critical, interrelated planetary problems.

Worldwide, almost 3 billion people cook or eat meals cooked over wood or charcoal fires. The soot from these fires causes respiratory ailments that kill 2 to 4 million people a year, most of them women and children. The reliance on wood and charcoal for cooking has created areas of severe deforestation in over 50 countries. Deforestation directly causes or amplifies a host of acute problems, including both drought and flooding, top-soil erosion, extreme poverty (a critical driver of human trafficking), famine and climate change.

Through the GigatonGifts website (www.GigatonGifts.org), customers can purchase trees for reforestation projects in severely deforested areas of Africa and Haiti, as well as fuel-efficient, clean-burning stoves to replace the health-damaging wood and charcoal stoves commonly used by families in these areas. GigatonGifts has partnered with the Eden Reforestation Projects which has planted over 65 million trees since 2005. GigatonGifts is committed to reversing deforestation and its accompanying problems, both by replanting devastated forests and by reducing the demand for wood-based fuel. The goal is to fund the planting of one billion trees and eliminate the use of open fires for meal preparation.

GigatonGifts is staffed entirely by volunteers. Co-Founder and Executive Director Elton Sherwin worked for 15 years as a venture capitalist and is an authority on the economics of climate change. In 2010 he authored Addicted to Energy. Co-Founder Craig Wesley has an extensive executive-level background in entrepreneurial, early stage, and Fortune 100 companies.

“You can plant 50 Mangroves in Madagascar for $9,” said Elton Sherwin, Executive Director of The Carbon Zero Institute. “The stories behind these projects are fascinating. Each gift comes with an interesting description that can be given to the gift recipient.”

GigatonGifts is the first project of the Carbon Zero Institute (CZI). The CZI Board of Directors consists of prominent entrepreneurs and academics, including Stanford University President Emeritus, Donald Kennedy; Jon Foster, CFO of LS9; Lisa Van Dusen, Director of Partner Engagement and External Relations, SV2 (Silicon Valley Social Venture Fund); and Marion O’Leary, internationally-recognized authority on the use of isotopes for studies in chemistry and biology. The Carbon Zero Institute is sponsored by the Center for Energy Efficiency and Renewable Technologies, (www.CEERT.org).

More information about GigatonGifts can be found at our website, www.GigatonGifts.org. 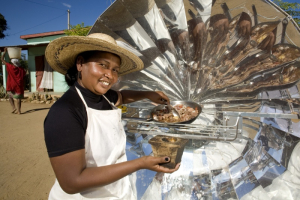 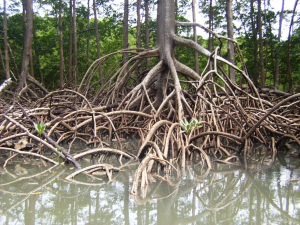 All images on page 2 are available at: www.gigatongifts.org/pages/press