On New Year's Eve, "The Light", the first-ever nightclub by the creative minds behind Cirque du Soleil in Las Vegas (Mandalay Bay Resort & Casino), launched new designs by renowned Fashion-Tech Designer Anouk Wipprecht as a celebratory crowd rang in 2014. Among these designs were elements designed in collaboration with Italian architect Niccolo Casas and 3D printed by Materialise. 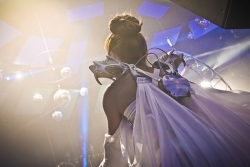 Las Vegas, NV, January 07, 2014 --(PR.com)-- On New Year’s Eve, "The Light", the first-ever nightclub by the creative minds behind Cirque du Soleil in Las Vegas (Mandalay Bay Resort & Casino), launched new designs by renowned Fashion-Tech Designer Anouk Wipprecht as a celebratory crowd rang in 2014. "The Light" is known to combine cutting edge technology with out-of-this-world aesthetics, and as such, they invited Anouk to explore her work on wearable electronics and experiment with a set of technology-equipped, coordinated performance pieces to enhance the Cirque du Soleil experience. In turn, Anouk integrated techno-teasing and interactivity into her creations to compliment the mindset that Cirque du Soleil stages. On New Year's Eve, her effect-based designs found their match in the technical marvel that surrounded the nightclub. Among these designs were elements designed in collaboration with Italian architect Niccolo Casas and 3D printed by Materialise.

This event marked the second collaboration between Anouk Wipprecht, Niccolo Casas and Materialise (the first being the Smoke Dress) and continued Anouk and Niccolo’s study on how to combine the body and technology with 3D Printing. The 3D printed elements were brought to life through Laser Sintering and hosted four independently controlled shoulder pieces with strobe-effect 20W High Power LEDs shining through the shape. With wireless synchronisation as part of the animation control system, Anouk and her team (Matt Pinner and Daniel Schatzmayr) developed an independent interface based on custom made PCB boards connected with an network adaptor to a credit-card-sized Linux-based Beagle Bone. All together, this simplified the rapid deployment process by having an minimum power footprint. TouchOSC (Beagle Bone uses Android 4.0) enabled the designs to be controlled within the unpredictable realms of the tunes and beats of the venue.

During CES - the famous global consumer technology tradeshow in Las Vegas - "The Light" will combine out of this world cutting edge technology with pulsing electronic music of the world's top DJ's during a full evening of performances and acrobatics with Cirque du Soleil's highly skilled team. Anouk Wipprecht’s designs, including the 3D printed pieces, will be highlighted during showtime.

About Materialise
With its headquarters in Leuven, Belgium, and branches worldwide, Materialise has been playing an active role in the field of Additive Manufacturing (AM) since 1990. In addition to having the largest capacity of AM equipment in Europe, Materialise also enjoys a stellar reputation as a provider of innovative software solutions. They have used their experience and expertise to create a better and healthier world through their involvement in AM for industrial and medical applications, and by providing bio-medical and clinical solutions such as medical image processing and surgical simulations. Materialise has developed unique solutions that make a world of difference for its many customers with their prototyping, production, and medical needs. These customers range from large companies in the automotive, consumer electronics, and consumables sectors; to famous hospitals, research institutes, and clinicians; to individual consumers interested in bringing their own unique creations to life through i.materialise or who want to purchase a celebrated .MGX design.
Contact
Materialise
Vanessa Palsenbarg
+32 16 39 66 37
www.materialise.com
Twitter: @belgiancanuck or @MaterialiseNV
Web: http://www.materialise.com 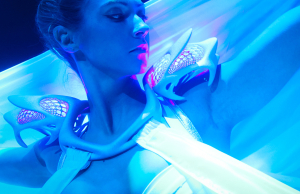 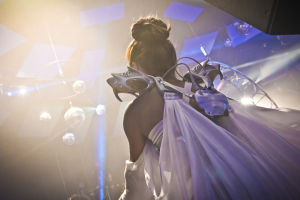