"Zephyr The West Wind" Hardcover is a Must Read for Those Seeking Adventure to a Fantastical World Filled with Vivid Imagery and Heroism. 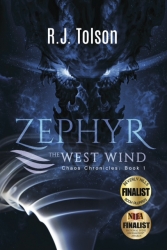 While the story unfolds into a universe in which a powerful demon in the island of Dentro with just a howl could obliterate mountains, the heroic act of an outsider allows the chief of Dentro to destroy the demon and seal its dark power within three powerful ancient weapons: a spear, a shield, and a sword. After leaving what was an unwelcoming village, the man who helped destroy the demon took the sword in an effort to keep the village and its people safe.

Months later, a villager bore the son of the outsider. Carrying the child of a stranger was in violation of a sacred village law, and everyone knew whose child the boy was. Born into a village filled with hateful people, Zephyr grew up not knowing why he was so hated. With no friends, and eventually no family after the passing of his mother, Zephyr was forced to survive by himself as an outcast. Zephyr's only wish, to make his mother proud and force the village to recognize him--while surviving in a world filled with demons, paranormal abilities, love, hate, and undiscovered lands. 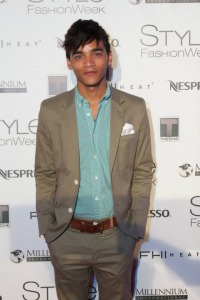