Shon Brooks wins award and adds to the historic legacy of the 5 Star Diamond Sandals Resort which was the hideaway for Ian Fleming. 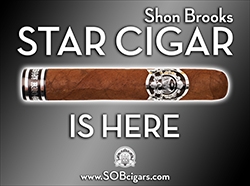 Ocho Rios, Jamaica, June 29, 2015 --(PR.com)-- Sandals Royal Plantation, (Top 25 Hotels in The Caribbean) is known for being Ian Fleming's favorite hideaway which secretly invited Shon Brooks to play in a 2 day golf tournament called, the Chairman's Golf Invitational. http://www.sandals.com/main/plantation/rp-home/ Shon Brooks accepted the invitation and flew into Jamaica from California (USA) on a 13 hour flight and performed magic for the media of photographers on the golf course. Shon dropped in a 17 foot putt for an Eagle score on hole number 1, won the "Closest To The Pin" award, and became a winner in the Appleton Rum putting contest for charity with one shot. The tournament was sponsored by Bank of America and held at the Jamaica Golf & Country Club.

Golf Digest has recognized this course as one of the finest in Jamaica. The 18-hole, par 71 course rises 700 feet above sea level in the lush hills of Ocho Rios— It has narrow fairways and drop-off greens with sweeping views of the sea and mountains. The Shon Brooks hat trick won and received multiple awards at the Sandals Royal Plantation. He also won an all expenses paid free airline ticket to return back to the Caribbean as a future guest. Shon was presented an award on stage at this highly legendary all butler suite exclusive resort. The Royal Plantation is so private that tours of the resort are prohibited at all times. When asked about what it felt like receiving this award on stage and the tour he received, Shon said, "First of all, it was a pleasure to meet their entire gracious staff including the hotel general manager, Ferry Zievinger and senior manager, Brandon Laing. As for the awards and tour, I was more thankful just to be invited. However, as I was walking through the tour it felt like it was the opening of the doors to Fort Knox. The tour was truly amazing and one of a kind without giving away any secrets."

Brooks Entertainment Inc. donated 2 pair of golf shoes, a autographed binocular golf ball finder, a autograph S.O.B cigar golf bag tag, including a new released golf club for Shon Brooks' debut. The major sports manufacturer that created the golf club for Brooks Entertainment Inc. that Shon Brooks played with has not been disclosed. The award winning putter has Shon Brooks' autograph signature on the neck of the golf club, the S.O.B cigar ring logo on the bottom of the club and "Shon.TV" engraved on the back of the golf club. The custom golf putter was specifically created for this tournament for Shon Brooks' use. Shon also played in the golf tournament with the corporate official ESPN golf tees and ESPN golf ball markers that were provided to him at the Cox Media Annual Showcase (#Coxshowcase). An abundance of collectors memorabilia was donated as charity to a 11th grade high school student named Oshae Hays with National Team golf dreams. Oshae was teamed up with Shon Brooks for the two day scramble golf tournament. Brooks Entertainment Inc. novelty items have spiked in values including photographs.

After signing contracts with Cox Media and the Hard Rock Hotel & Casino in Punta Cana, Brooks Entertainment Inc. has emerged and reaccelerated as a leading technology/financial/entertainment company. It believes that when their brand grows ....so does their affiliates. By the way, the National Aeronautics and Space Administration (NASA) confirmed that all 9 space launches of the Brooks Entertainment Inc. brands were a one hundred percent success in reaching planet Mars first at Mach 26.274 speed.

NASA 3 Save One Bank: http://mars.nasa.gov/participate/send-your-name/orion-first-flight/?cn=698800

Meanwhile, the S.O.B cigars sell out in all locations with reorders of the rare cigar after the Brooks Entertainment Inc. "Trial by Fire." The Havana Club Cafe owner, Kaveh, said "someone purchased the last box of 8 ... Baby..We had to reorder all their cigars including the new Churchill and Panatela's." Frank Falcone, at the Cosmopolitan of Las Vegas said, "Our hotel and casino guest really liked the S.O.B cigars." Brooks Entertainment Inc. found Jose Rivas and located Tabaqueria Carbonell CXA for success. The limited Shon Brooks "Star Cigar" becomes one of the highest rated cigars on the planet. His autographed memorabilia continues to increase in value from creating history in both the United States and in the Dominican Republic. Prior to winning the Awards at the Sandals Royal Plantation, Shon Brooks agreed to be interviewed on the Women's Radio Network (WRNW) in New York City (USA) providing insight on what is in store for their corporation. http://www.wrnw1.com/?s=shon+brooks

As for consumers, here are the following corporations that Brooks Entertainment Inc. has authorized to have access of obtaining the rare 100% authentic S.O.B cigars. That would include the Loews Hotels -Coronado, Cosmopolitan of Las Vegas, Hard Rock Casino - Punta Cana, Famous Smoke - Pennsylvania, Westin Starwood Hotels-Punta Cana, Havana Club Cafe - Westfield Horton Plaza and, the Del Mar Thoroughbred Club - Del Mar. Brooks Entertainment Inc. is licensed and bonded in all 50 states. However, Brooks Entertainment Inc. strategically has not granted permission for all other suppliers in these other states to carry the luxury cigars. Beware of all counterfeits and unauthorized cigars stolen from airport customs.

“The S.O.B™ luxury cigar brand was created for the 'Vanquisher' that plays the cards that has been dealt in life to win and not fold! It is vital that you remain ethical at all times even though others may bend the rules of life. Pressing on is when you begin to obtain Rock Star status!” (Says Brooks Entertainment Inc. company mission statement)