Transportation Grants for "Every Kid in a Park," Top Priority for National Parks Foundation Board Member

Ohio Businessman Stephen Hightower to Raise $10 Million for Making National Parks Accessible to Over One-Million African-American Youth, an Extension of “Every Kid In A Park” 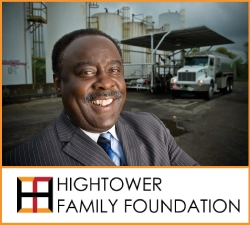 Cincinnati, OH, January 25, 2016 --(PR.com)-- In February, President Obama announced the launch of the “Every Kid In A Park” initiative, a collaborative effort with the National Parks Foundation to engage millions of young Americans with our natural wonders and treasures. As part of the campaign, every fourth grader in the nation received an “Every Kid In A Park” pass, good for free admission to all of America’s federal lands and waters—for them and their families—for a full year.

With the unique opportunity to reach a new generation, Ohio businessman and National Parks Foundation Board of Directors member Stephen L. Hightower has taken the operation a step further by reaching out to young people of color; he is committed to introduce over one-million of these children to our national wonders. Today less than one percent of the attendees to the parks are African American; through the Hightower Family Foundation, and the National Parks Foundation, Stephen will be raising $10 Million for transportation to help make these parks within reach to each African American 4th grader in America.

Stephen along with his Foundation and partners (the National Park Service, USDA Forest Service, and President Obama), in addition to Centennial Co-Chairs Michelle Obama and Laura Bush hope to spark interest in our national parks and forge a stronger connection to both nature and our shared history. This first level of engagement may present the first step on a path to increased educational opportunities, long‐term employment options and engagement in our Parks with people of color. “Every Kid In A Park” looks to aggressively impact each child with educational and transformative curricula, vimeo.com/146050522.
Contact
Connect Central
Tva Parks
1-702-816-2700