The Impact of Opioids on Manufacturing: Groundbreaking Research from the MAPI Foundation

The intersection of the opioid crisis and manufacturing is poised to be a drag on U.S. competitiveness. Each addict and overdose death is one less non-disabled adult in the labor market, but the undermining power of the drug crisis also hits manufacturing’s existing workforce too. Nearly one in 20 employees will misuse opioid prescriptions in some way this year, and this makes them susceptible to addiction. 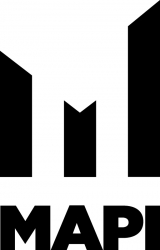 Arlington, VA, February 23, 2018 --(PR.com)-- The Manufacturers Alliance for Productivity and Innovation (MAPI) Foundation released groundbreaking research on the intersection of the opioid crisis and manufacturing, “Ignorance Isn’t Bliss. The Impact of Opioids on Manufacturing.” While many are forecasting U.S. manufacturing to return to its global dominance, the drug crisis is poised to be a drag on U.S. competitiveness.

“The opioid crisis has been a major public discourse for the past few years,” noted Jenn Callaway, VP of Research at MAPI and co-author of the report. “However, much of the coverage has been focused on family and community impact. While undeniably important, this research branches out and examines the effect and potential disruption to U.S. manufacturers – and the results demand action.”

Manufacturing executives can no longer turn a blind eye to the problem. It’s time to take action, raise awareness of the drug crisis with employees, and learn the signs of opioid abuse in their workforce.

Manufacturing leaders who are interested in learning more about this research and discussing it with manufacturers facing these challenges can join MAPI at the ManufacturED Summit in Chicago, IL on May 22-24.

About the MAPI Foundation
The MAPI Foundation is a 501(c)(3) nonprofit subsidiary research organization of the Manufacturers Alliance for Productivity and Innovation. The Foundation researches the economic impact of manufacturing, including the implications of government policies and the success drivers that keep the industry competitive. Its mission is to showcase manufacturing’s impact on the global economy to help business leaders, policymakers, and the general public understand manufacturing’s impact on everyday life. For more information, visit mapifoundation.org.