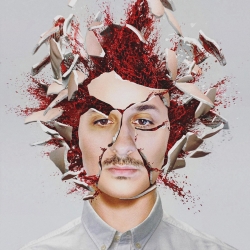 Artbreak is a deeply personal album of dark and ethereal pop music written in the aftermath of a tumultuous summer which saw Brad separating from his relationship of eleven years with husband Christian Siriano, surviving a suicide attempt, losing a close friend, and spending time in a hospital psychiatric ward in Connecticut. The music is not shy about addressing these topics, as well as infidelity, betrayal, and new love. There are spoken poetic tracks sprinkled throughout, performed by Brad and a myriad of guest actors. Brad writes, performs, produces, and engineers all of his own music.

Also an accomplished photographer and painter, Brad’s portrait and fashion photographs have appeared most notably in The New York Times, Vogue, Women’s Wear Daily, Elle, InStyle, Marie Claire, Nylon, Blackbook, Teen Vogue, and Spin; in promotion or advertisement for Christian Siriano, Victoria’s Secret, TreSemme, Gibson Guitars, Payless, Kleinfeld Bridal, Lane Bryant, and J Shoes; and on the covers of books from major trade publishers. He photographed every image in Christian Siriano's 2017 book Dresses to Dream About (Rizzoli). His artwork debuted in January 2019 at Bergdorf Goodman as part of the iconic retailer’s first curated art show, and he shows work at art fairs around the country. 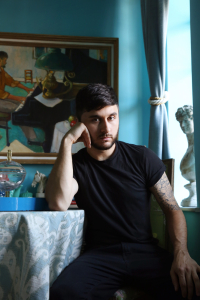