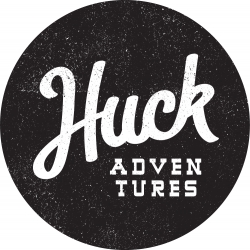 Boulder, CO, April 12, 2019 --(PR.com)-- Huck Adventures, an outdoor app startup on a mission to connect outdoor enthusiasts in a way never done before, announced it is currently raising $1 million in seed funding.

Huck is in the build stage and is currently coding the app with its latest version being tested internally on Testflight. The app is on schedule to launch by June to the Colorado market, with plans to launch to the rest of the United States at the beginning of September. Though still in pre-launch, Huck has already landed partnerships with major non-profit organizations that have a total reach of 18M users worldwide. Huck also has several national brand partners, including: Charlotte’s Web, Vivo Barefoot, Xero Shoes, Peak Refuel and VanDOit.

Ben Nelson, Huck Adventure’s Founder and CEO, is a die-hard entrepreneur, and has been leading the boot-strapped company since August of 2019. "I got the idea for Huck after years of traveling and struggling to find people to go on adventures with," Nelson said. "While at home and abroad, I met others who faced the same difficulties, and I wanted to create a solution that would not only help people connect, but allow them to get outside and enjoy the outdoors more often."

Once Huck launches for both iOS and Android devices, it will make it easy for outdoor enthusiasts to find one another and connect. Through the app, users will be matched and be able to search for other users with the same interests, skill levels, and GEO location, and be able to schedule and chat directly through the app. Other features of the app will allow users to attend organized events, learn on the education hub, and post gear reviews.

Huck’s mission is to not only to grow outdoor participation as a whole, but also grow the non-profits that keep the outdoors beautiful and support more people getting outside. The app will match users with Huck’s Non-Profit Partners it thinks the users will like, and they can choose to attend events, volunteer, or donate. Huck has already signed partnership agreements with several non-profit organizations that will be instrumental in onboarding users once the app launches. Huck’s Non-Profit Partners include: Paradox Sports, Big City Mountaineers, Clean Trails, Leave No Trace, Adaptive Adventures, and the National Ski Patrol. Huck’s partnership with Clean Trails alone is estimated to bring approximately one million users to the app in September of 2019 through National CleanUp Day.

“It’s been a dream of mine to connect people from around the world in their love of the outdoors,” Nelson said. “Language is never a barrier when you share a passion for the outdoors and experience it together.”

About Huck Adventures
Huck Founder and CEO, Ben Nelson developed a love of the outdoors as a kid exploring the woods and open land near his home in rural Missouri. As an adult, he traveled the U.S. and abroad, but struggled to find people at the right skill level to rock climb, cycle, and ski with when he visited new places. So he set out to create Huck Adventures - a community to unite people with the desire to get outside, explore the world, learn from each other, and create connections that will last a lifetime. Learn More About Huck Adventures.
Contact
Huck Adventures
Laura Nelson
646-671-2424
huckadventures.com