Extreme Loading® Technology was used to predict the collapse of St. Francis Hospital scheduled for demolition in Pittsburg, Pennsylvania last weekend. The building’s demise was historic to that locale, but for Applied Science International (ASI), the hallmark event is about the technology that showed the public what would happen beforehand – a new structural analysis technology now available to practicing engineers internationally. 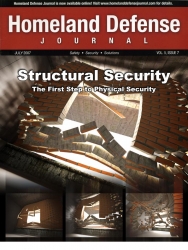 Raleigh, NC, March 27, 2008 --(PR.com)-- Following close on the heels of its previous successes, Applied Science International’s proprietary Extreme Loading® technology has once again been used to allay contractor and civic concerns by precisely predicting the outcome of a major implosion. Just as it did previously with the demolition of the historic Charlotte Coliseum on June 3 of last year and the Stubbs Tower in Savannah, Georgia a few months ago, ASI accurately ran an engineered simulation of the event for the parties involved.

With St. Francis Hospital now in an uncertain, partially demolished state, ASI was called upon by the Pittsburgh-Allegheny County Sports and Exhibition Authority (SEA) to determine whether the structure was in eminent danger of collapse or safe enough to be entered so that explosive charges could be planted. ASI worked closely with SEA, Homrich Demolition (the prime contractor), and Dykon Explosive Demolition (the implosion subcontractor) to implement the planned demolition via an engineered simulation that coupled their demolition expertise with ASI’s analytical technology.

SEA released the engineered simulation to local media and news agencies for public viewing prior to the scheduled implosion (http://www.post-gazette.com/multimedia/?videoID=100261), and with SEA’s concerns addressed, the go-ahead was given. Within a few thundering moments, St. Francis was reduced in a series of controlled explosions to a neatly stacked pile of rubble.

“The major factor here is not that the building came down as predicted; we were certain of that,” said ASI’s CEO Edward diGirolamo. “Rather, it was a chance for us to employ our 64-bit capability and all of the advantages it possesses. It was one of the largest and most comprehensive structural models we have run to date and we are very pleased with the results.”

"While a demolition is a scheduled event, the same cannot be said of a terrorist attack, a hurricane, or an earthquake,” continued diGirolamo. “This predictive technology is based on the Applied Element Method, which was first developed at Tokyo University after the Kobe Earthquake claimed thousands of lives. The technology is now available as a diagnostic tool to answer the “What if” question before an event takes place, thereby allowing for the taking of preventative measures to mitigate the effects of a catastrophe, or as a forensic tool to answer the “What happened” question; regardless if that catastrophe was natural or man-made.”

ASI’s technology is now available to practicing engineers and its analysis output provides visualizations of the structure’s behavior in a format that is easily understood by engineer and non-engineer alike
(www.extremeloading.com).

ASI’s sister company TSNStudios is also involved, as the unprecedented realism generated by this software is making it an ideal fit for film production, entertainment and gaming industries. Combining the power of an engineered simulation and its export into the industry’s film and visual effects tools, makes this technology a real contender for the next blockbuster production where material separation, demolition and destruction effects are important (www.tsnstudios.com).

“We believe that ASI’s Extreme Loading® technology will eventually affect more than forty different fields of science where material separation is important to the outcome. Our experience with the demolition community has certainly contributed to the advancement of the science to understand the behavior of structures and collapse, and it is, in our opinion, the most ideally suited technology for the task.” concluded diGirolamo.