Paula @paulaabdul on Sept. 1 announced winners of the worldwide singing competition on the UpLive Global Streaming Platform. Winners are Zandy Storm from the Philippines and Lawrence Leeway from California. 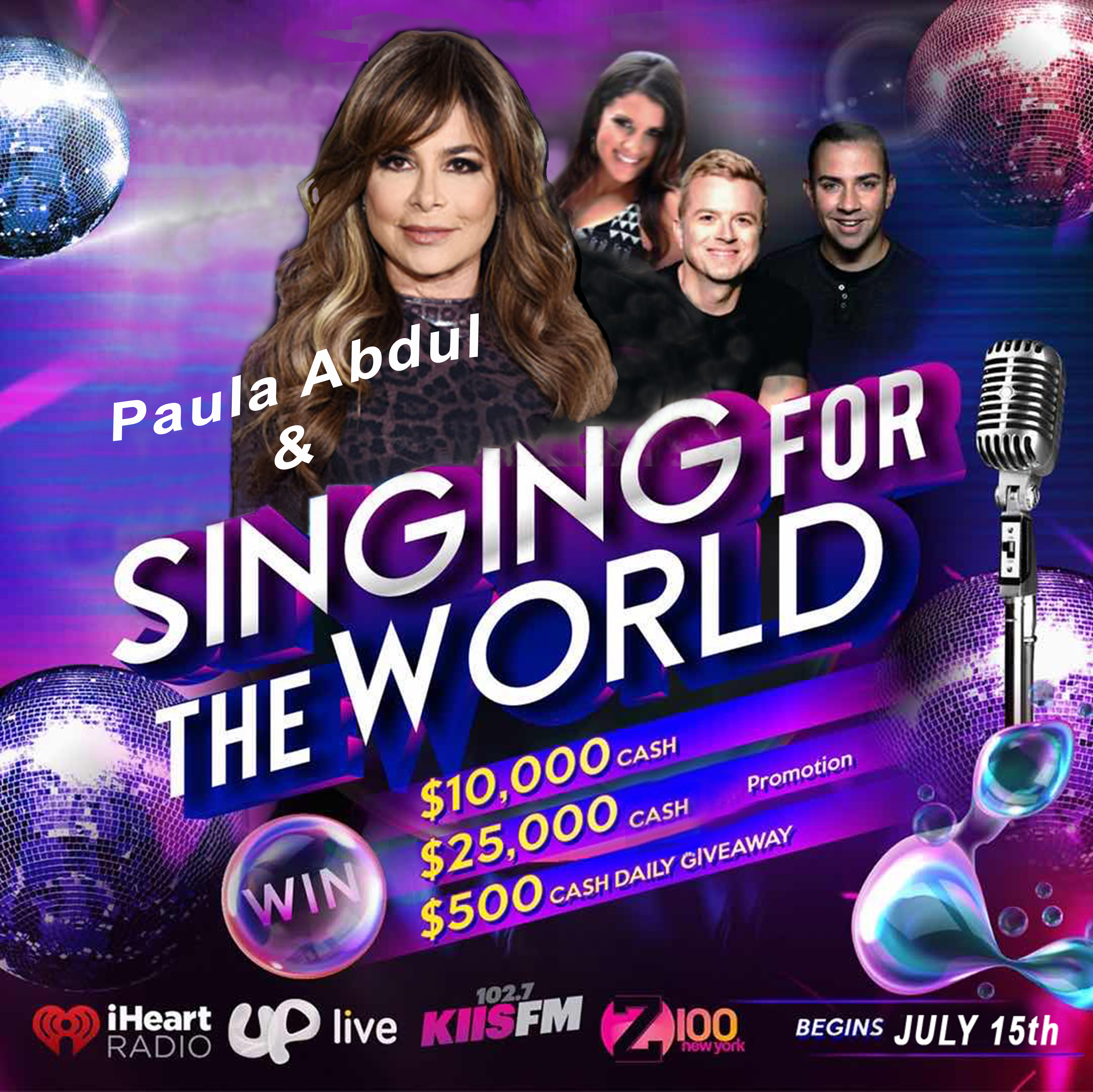 Los Angeles, CA, September 23, 2020 --(PR.com)-- More than 4000 singers around the world participated In the Singing for the World competition, the largest virtual online competition on Uplive. The preliminary round ended on 8/31, top 20 entered into the final round on 9/1 between 6-8PM PST. Celebrity singer, songwriter, American Idol judge Paula Abdul announced #SFTW winners on Uplive and interacted with winners and audiences through online interviews and video chats. Follow @paulaabdul on the Uplive App. YouTube Paula Abdul Uplive Invitation.

Winners are Zandy Storm from the Philippines and Lawrence Leeway from California. As the Champion Rank total score champion, Zandy won the most audience gifts and judges' ratings. As the Fame Rank popular champion, Lawrence won the most audience gift support. UpLive rewards each champion with a total of 5,000 US dollars and a total of 10,000 US dollars of public welfare funds and global promotion opportunities to help them get better on the future music road. Jennifer Huang, who is in the runner-up, won a reward of 50,000 U coins, which can be exchanged for cash rewards in the UpLive App.

UpLive is the #1 independent live-streaming platform and now is giving uprising performers a great chance to make money while stuck at home.

Everyone participated and voted for their favorite singers. Music fans voted for the artists they liked the most. Fans and artists all interacted with each other and with the radio personalities as well.

“Singing For The World” was heavily promoted by iHeartRadio's KIIS-FM Los Angeles, and Z100 NYC. Several radio personalities such as Elvis Duran and executive producer of the Morning Show Skeery Jones who interviewed many celebrities including Katy Perry, Jay-Z, Rihanna, Lady Gaga, Justin Bieber, etc. Also JoJo Wright, Sisanie and Patty Rodrigues from popular On Air with Ryan Seacrest were on the lineup as well.

Paula was the judge for American Idol and perfect for this online competition. Paula has won many musical awards, such as a Grammy, 7 MTV video awards, 2 Emmy awards, and 2 People's Choice Awards. On top of all that she's had two #1 hit albums and seven #1 hit singles.

Simply download the Uplive app from http://www.upliveusa.com to watch and get to know the winners. Check out #SFTW on YouTube at the https://www.youtube.com/watch?v=7kYkAsYf_FQ

What is Uplive USA?

Uplive is a live streaming video and audio chat platform where content creators can go live, and share their talent, create virtual battles with an opponent in split screens duels, and even make money.

Uplive is the largest independent pan-entertainment video social platform overseas and belongs to the Asian Innovation Group (AIG). Uplive was launched in July 2016 and has successively established branches in Hong Kong, Taiwan, Ho Chi Minh City, Jakarta, Cairo, Beijing and other cities for joint operations, and has a strong and mature R&D team and distribution team. As of now, Uplive has more than 100 million users worldwide, nearly one million people start broadcasting every month, and users cover more than 200 countries.

iHeartRadio is a well-known American radio station, with more than 850 radio stations in the United States and 250 million listeners worldwide. In addition, iHeartRadio has 250,000 podcasts, has a music recommendation system and on-demand functions, and allows listeners to save and replay the songs being played in real-time radio. The radio station has invited famous global artists such as Ariana Grande, Taylor Swift, Billie Eilish, Wu Yifan to attend music festivals, live broadcasts and large-scale events.

Paula is an American singer, songwriter, dancer, choreographer, actress, and television personality. Her debut studio album Forever Your Girl (1988) became one of the most successful debut albums at that time, selling 7 million copies in the United States and setting a record for the most number-one singles from a debut album on the Billboard Hot 100 chart: "Straight Up," "Forever Your Girl," "Cold Hearted" and "Opposites Attract." She was one of the original judges on the television series American Idol from 2002 to 2009, and has since appeared as a judge on The X Factor, Live to Dance, and So You Think You Can Dance.

Winners selected for "Singing For The World" Competition