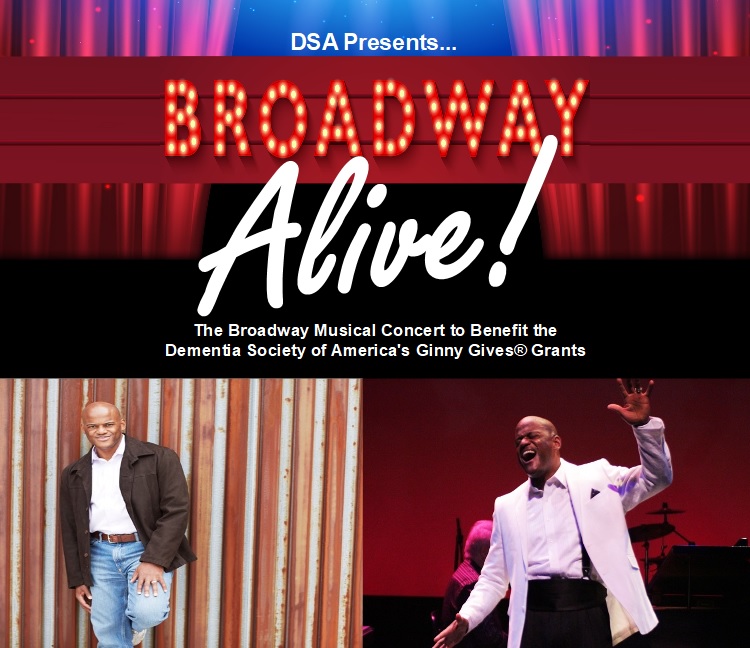 Doylestown, PA, November 05, 2020 --(PR.com)-- The Dementia Society of America® will be presenting its first online fundraising entertainment program on Sunday evening, November 22, 2020, at 6:00 pm (ET). The program, called "Broadway Alive!™," will feature a special performance by Keith Spencer, a nationally recognized entertainer, and concert artist. The performance is being hosted by and performed at the historic Highland Farm, the former home of the legendary Oscar Hammerstein II, in Doylestown, Bucks County, Pennsylvania. Arguably, his most famous works were written while residing there, including South Pacific, The King and I and The Sound of Music.

Kevin Jameson, volunteer, president, and founder of the Dementia Society of America, stated, "We chose the theme of 'Broadway Alive!' for our fundraiser this year for a very special reason. There is significant research that supports the benefits of non-medical care for those living with Dementia, and music is one of the most effective life-enrichment therapies we have. Interestingly, research has shown that Broadway show tunes, such as those from The Sound of Music, have been identified as being incredibly useful in rekindling long-held memories, increasing joy, and lowering anxiety."

This exclusive online performance features baritone vocalist Keith Spencer and pianist Peter Hilliard. They have created this celebration of the Golden Age of Broadway exclusively for the Dementia Society of America. They will perform a 45-minute set comprised of classics from Rodgers and Hammerstein, Bernstein & Sondheim, and more. It's a selection of well-known songs from Broadway musicals, where ideally, everyone will be smiling and singing along. They will also be performing several selections from Keith's smash hit one-person show, Brothers on Broadway: A Celebration of African American Leading Men on Broadway.

Originally from Philadelphia, Mr. Spencer is a nationally recognized entertainer and concert artist. His national tour highlights include the Broadway Tour of Andrew Lloyd Webber's Music of the Night with Betty Buckley and Melissa Manchester. Favorite roles include Coalhouse Walker, Jr. (Ragtime); Joe (Show Boat); The Abolitionist (For the Glory: The Civil War Musical); Audrey II (Little Shop of Horrors); Leading Player (Pippin); Billy (Carousel). Keith was also honored to have been chosen by the Paul Robeson House of Princeton to perform for Robeson's 120th Birthday Celebration.

Keith appears through On Demand Programs and Events. Natalie Kaye, On Demand president, added, "I am delighted that Keith will be helping the Dementia Society of America raise funds to continue their vital mission locally and throughout the country. Keith's programs are always spectacular, ensuring the success of any fundraiser."

The Society estimates that more than nine million Americans live with some form of Dementia today, and three times as many may be considered as caregivers. Even more shocking, when all forms of Dementia are combined, they are globally thought to be the third leading cause of death, behind heart disease and stroke in high-income countries, according to the World Health Organization.

The Dementia Society of America® (DSA) is the nation's leading volunteer-driven all-Dementias awareness organization. DSA provides an information hotline (1-800-DEMENTIA™), many online resources, and an easy-to-use, web-based locator, which can assist families and individuals in finding valuable support near to them. The Dementia Society of America is a registered 501c3 nonprofit organization, and all contributions are tax-deductible to the full extent of the law.

On Demand Programs and Events' mission is to provide programs that inspire, inform, entertain, enrich, and promote positive change.

A limited number of discounted early-bird tickets are available for the November 22, 2020 premiere. This program is a one-hour event airing at 6:00 pm (ET) and will be available for ticketholders to stream and watch for up to 72 hours thereafter.

Grab your tickets now to this extraordinary online, not to be missed, performance at www.BroadwayAlive.com.
Contact
Dementia Society of America
Robin Kaufold
800-336-3684
https://www.dementiasociety.org