From the beaches of Malibu to the White House Situation Room and inside the exclusive nightclubs, bistros and chateaux of the Paris elite, Agent Izzy Stone is plunged into a world of cyberterrorism, espionage, romance, and betrayal. A cyberterrorist named "Lalo" is plotting to kill countless innocents. Izzy must stop him. 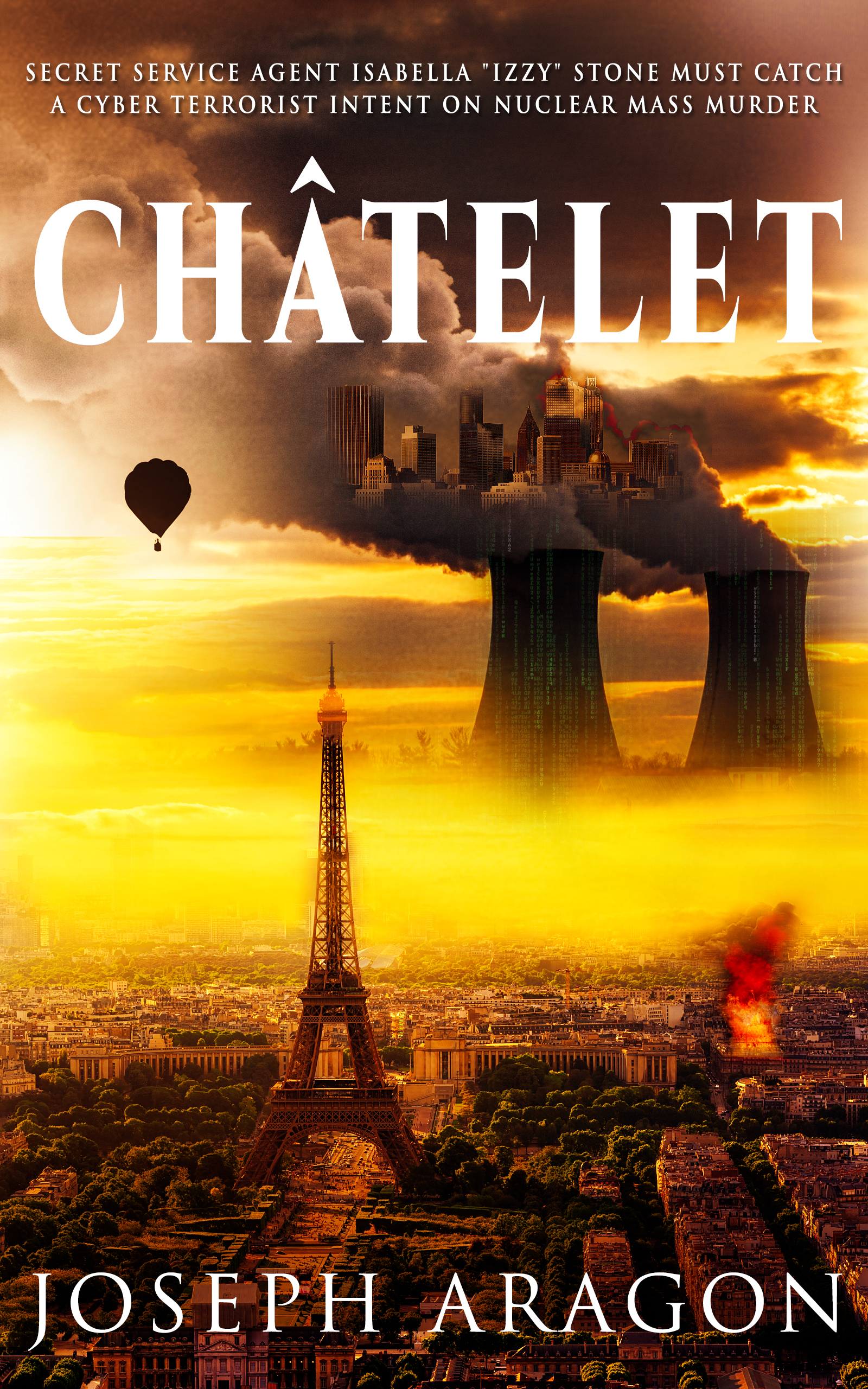 “A glamorous and grimy international thriller that creeps into chaos…Châtelet proves second to none.” - Madeline Barbush, Independent Book Review

On urgent special assignment to the French government, Izzy is called to Paris. The shocking murder of a mysterious arms trader in the massive Châtelet metro, and a coded message from an old Paris friend set off alarms on two continents. An elusive global terrorist named “Lalo” appears to be plotting deadly cyberattacks on nuclear power plants in the U.S. and France that could turn both countries into radioactive death zones.

But who or what is Lalo? Could he be a fictitious creation? If he is real, who is he working for?

Izzy Stone soon finds herself in a hall of mirrors, uncertain whom to trust, as CIA, MI6, Russian and French intelligence agents play out their own agendas in the hunt for Lalo. Two charismatic men are deeply drawn to Izzy, but she must remain focused on the shadowy terrorist.

Izzy’s pursuit of Lalo leads to an astonishing discovery about Lalo’s true identity. The chase is on. Now Izzy is also a target. A heart-stopping ride under the Seine river, a growing list of ghoulish murders, unexplained incidents at nuclear power plants, and a dinner to die for, are only part of the drama. Time is running out. The stakes couldn’t be higher. Can Izzy stop Lalo before it’s too late?