With great sadness, the family of Robert Parris Moses announces the passing of our husband, father, friend, and STEM educator. Before his passing, he expressed tremendous gratitude to all who are involved in the struggle for democracy and to those who supported his work to transform the conditions of Black people in our country. Moses was born January 23, 1935, and died the morning of July 25, 2021, in Hollywood, Florida. He was with family and his wife of 52 years, Janet. 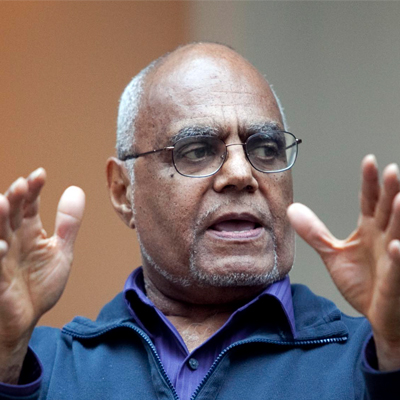 “Don’t think necessarily of starting a movement. Do what you think actually needs to be done, set an example, and hope your actions will click with someone else.”
- Robert “Bob” Moses

With great sadness, the family of Robert Parris Moses announces the passing of our husband, father, friend, and STEM educator. Before his passing, he expressed tremendous gratitude to all who are involved in the struggle for democracy and to those who supported his work to transform the conditions of Black people in our country.

Called “Bob,” he committed himself to lift the community through education, activism, and civil rights. During a tumultuous time in American history, Moses was a field secretary in the Student Nonviolent Coordinating Committee, helping organize communities and register people to vote in the Mississippi Delta. He was also a co-founder of the Mississippi Freedom Democratic Party.

Moses first arrived in Mississippi in the summer of 1960, sent by Ella Baker, on a trip across the blackbelt to find young people to participate in a SNCC conference that October in Atlanta. He returned the following year to head SNCC’s Mississippi Voter Registration Project, which lasted from 1961 to 1964. Between 1962 to 1964, Moses was the Director of the Council of Federated Organizations. From that position, he was one of the lead organizers of the 1964 Mississippi “Freedom Summer,” which led to the establishment of the Mississippi Freedom Democratic Party. MFDR challenged the legitimacy of seating the all-white Mississippi delegation at the Democratic Party’s National Democratic Convention in Atlantic City, New Jersey.

He left the US to continue his mathematics teaching in East Africa. Moses taught mathematics at the Samé School in Tanzania from 1969 to 1976.

As a MacArthur Foundation Fellow from 1982 to 1987, he used his fellowship to begin the Algebra Project in 1982. The program uses mathematics as an organizing tool for quality education for all children in America. With the support of the National Science Foundation, the Algebra Project works with middle and high school students who previously performed in the lowest quartile on standardized exams in an effort aiming that they attain a high school math benchmark: graduate on time in four years, ready to do college math for college credit.

Our family knows deeply that his life was a life of service. He loved his people, and that love serves as a model and inspiration to us all. With tremendous love, we extend our gratitude for the many blessings of love, kindness, and thoughtfulness that are being extended to our family at this time. We receive your love and your prayers. Thank you.

Here’s what we would like you to know about Bob Moses and what our family is remembering at this time:

We are remembering his profound love for his people – a love that sustained his tenacious and life-long fight against what he came to understand as our nation’s Caste system. This love compelled him to live a life of service and spend most of his time working to uplift his community. He enjoyed his life, and he enjoyed his life’s work.

We are remembering that he believed in the power of movement families. Families which, united in the love for their people, worked together to improve our collective circumstances. We are eternally grateful to the movement families in Mississippi who kept him and so many others alive. They provided shelter, protection, food, and many gave of themselves and their children to the freedom struggle. We are also grateful to the individuals and families who joined us over the past four decades in developing and growing the Algebra Project and The Young People’s Project. He was just so proud of YPP and the example it provides.

We are experiencing profound loss and deep joy in the thought of his love for us and for his people. He loved his family, children, and grandchildren so much.

Moses is survived by his wife Janet and his sons and daughters Maisha, Omo, Taba and Saba (daughter-in-law), and Malaika. He has seven grandchildren. Memorial services will be announced later this week.