Geolux has officially announced that the company has launched a new and improved version of contactless radar for measuring the water level. The improved water level sensor represents a new innovative product in the hydrology instrument line. 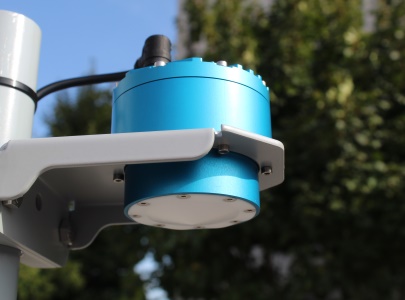 Zagreb, Croatia, September 23, 2021 --(PR.com)-- As one of the leading companies for hydrology and meteorology, Geolux has officially announced that the company has launched a new and improved version of contactless radar for measuring water levels. The improved water level sensor represents a new innovative product in the hydrology instrument line.

"The new level meter has two main improvements over the older version. One is the narrow radar beam width and the other is the introduction of oceanographic functionality for tide gauging and wave analysis. We have reduced the radar beam width to only 5°, which is less than 8° used by majority of competing devices. Narrow beam width means that installation is simpler, and that nearby structures such as bridge railing or pillar do not interfere with the accuracy of the water level measurement. The accuracy of the instrument is +- 2 mm. There is also oceanographic version available. The oceanographic version makes 10 scans per second and calculates reports various wave and tide characteristics, such as significant wave height, zero up and crisp periods and median sea level," said Nikša Orlić, Geolux CEO.

In the coming future, Geolux will ship the level meter sensors on the market that includes new improvements so that users will have the opportunity to work with the latest version of the water sensor.

Geolux will maintain the same price range for the improved 5° version of the LX-80 Radar Level Sensor and the current version will replace the older product version.

About Geolux
Geolux develops and produces radar sensors for use in hydrology and environmental monitoring. Geolux is based in Croatia, EU and has been in business since 2017.