The Premiere Entertainment Company of the Metaverse. 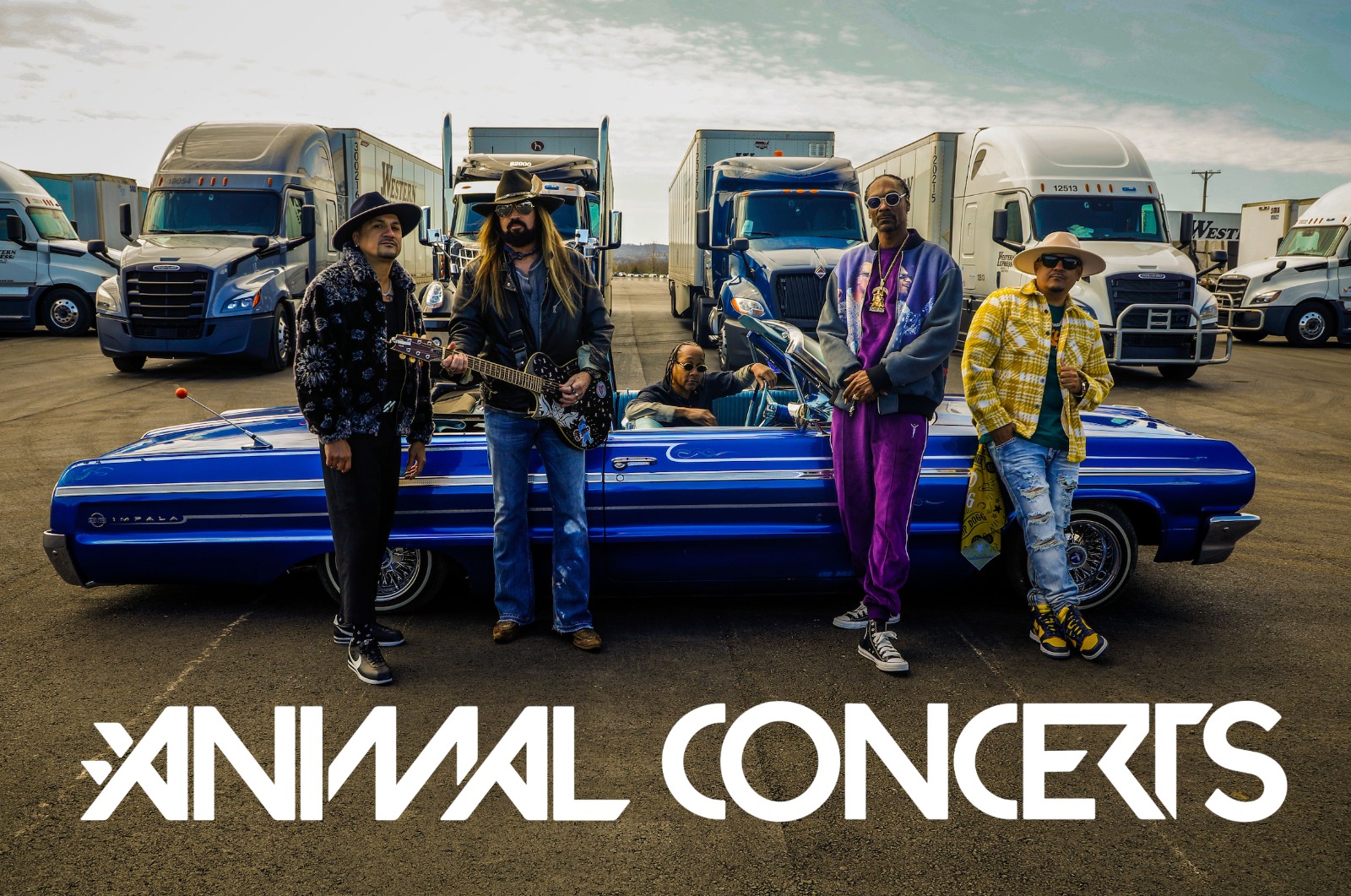 Los Angeles, CA, April 26, 2022 --(PR.com)-- Animal Concerts is creating next generation experiences for concerts online and in the metaverse. Since its token launch on the 29th of March, ANML has featured as #1 on CoinMarketCap’s list of Trending Cryptocurrencies, and in the top #3 Biggest Gainers, positioning the ANML token as one of the most popular cryptocurrencies in the world.

Known for working with music artists such as Alicia Keys, Future, Rap Legend Busta Rhymes, Diplo, Meek Mill and Gunna, Animal Concerts is helping both established and emerging artists with their journey into NFTs and other crypto-related endeavors, bringing these superstars into Web3 to perform for a potentially unlimited worldwide audience. In addition, Animal Concerts continues to add to its growing arsenal by acquiring a wide variety of intellectual property which will be utilized to create a growing library of content, which includes Alicia Keys’ upcoming rare & exclusive NFT drop and the internet's most famous French bulldog, Izzy the Frenchie.

“We’re democratizing concerts,” says Colin Fitzpatrick, the company’s CEO and long-time marketing, sales and tech consultant for brands such as Dell, Salesforce, HubSpot and Oracle. “You no longer have to be the lucky person that gets to see your favorite band if they come to your local city. With Animal Concerts, artists come to you. By filming these artists in 3D and using a headset like an Oculus Quest, we can provide an extremely personal yet completely immersive, shared experience. This is a game changer for many.”

The launch event was followed on April 1 by the exclusive release of a new song via The Avila Brothers Music Group/BMG, titled "A Hard Working Man," featuring Billy Ray Cyrus & Snoop Dogg, backed by executive producers, Animal Concerts. The Avila Brothers, who created the masters for the song, are responsible for hit albums and singles from Usher to Janet Jackson, Gwen Stefani and many more. "A Hard Working Man'' headlined with hip-hop legend and celebrity Web3 power-player and pioneer, Snoop Dogg, and Country music legend, Billy Ray Cyrus, perhaps more recently known for featuring on Lil Nas X’s massive global hit, “Old Town Road.” Snoop and Cyrus’s new track, “Hard Working Man,” is an unofficial companion piece: a humble and yet prideful ode to gritty American industrialism and worker solidarity, with a wink and a nod to America’s rapidly evolving technological and economic landscape.

The GRAMMY® award-winning Avila Brothers partnered to produce “A Hard Working Man,” with the RainMaker himself, Bernard Alexander, a legend in the Rap music industry (he discovered Akon, 50 Cent, The Fugees and more), and now a major entrepreneurial visionary & creative strategist in the early days of Web3. Alexander teamed up with the Avila Brothers, who wrote the track in pre-COVID years, only to bring it to Snoop and Cyrus, who created what is sure to be a Pop juggernaut.

“Instead of going to a record company and selling it in the traditional manner, Bernard partnered with us,” explains the Dublin-born Fitzpatrick (now living in Dubai). Animal Concerts, as much a Web3 metaverse platform as it is a global entertainment company, now owns perpetual rights to the song, which itself is a major step towards changing the music game forever. This is especially meaningful on the heels of COVID-19, which shut down touring for many acts, resulting in the loss of crucial revenue streams for musicians, especially as paltry streaming-service revenues continue to trickle.

Animal Concerts is not the first player in the virtual concert game, as both Ariana Grande and Travis Scott both performed within Fortnite’s open world video game metaverse, generating tens of millions of dollars each (low estimates say 20 Million USD). Similarly, Snoop himself recently teamed up with Gala Games where his NFT music drop generated roughly 40 million dollars USD. A-list musicians and other performers are beginning to sniff out a potential revolution for the long-beleaguered music industry. Animal Concerts wants to hold their hand.

“Even though we’re Animal Concerts, we’re really Animal Entertainment,” explains Fitzpatrick, himself a former DJ and event promoter, “whether it’s music, movies, or comedy, that’s where we want to be. We also want to be metaverse agnostic. Not only are we building our own metaverse, we intend to be present in all established virtual worlds and we are partnering with all the big up and coming metaverses. Who knows which space is going to emerge as the premiere space, whether that’s Decentraland or The Sandbox. Of course, Mark Zuckerberg, who recently changed Facebook’s parent company name to Meta, is staking the future foundations of his multi-billion dollar company on the metaverse.” (Potential use: Solidifying to the world that the metaverse is unquestionably the future of the internet)

The native Animal token (an ERC-20 token), currently built on Ethereum and bridged to Polygon and Binance, has plans to bridge to more chains in the future. For now, it can be used as currency for purchasing NFTs and NFT tickets while interacting with other fans, friends and artists, as well as using it to vote to let the fans be part of the concert process. Fitzpatrick sees this as a natural evolution from the ticket stubs you keep in a box from the concerts you have been to in the past, holding onto those analogue paper tickets from potentially formative or life-changing concerts and events. These digital tickets are NFT’s and stored in your Animal wallet on the blockchain, public for those to see, enabling you to connect shared experiences.

“Kids today are more excited about showing off the sneakers on their metaverse avatar than the Nikes their dad bought them last week – they have a very acute value for digital assets,” says a bullish and optimistic Fitzpatrick.

Animal Concerts also hopes to address the Web3 world’s greatest problem, customer acquisition. There are few things like seeing your favorite musical artist for the first time as a call to action. It should also be noted that virtual venues need not obey the laws of physics or adhere to any maximum occupancy mandates or public safety concerns, though this remains crucial IRL. Ariana Grande’s Rift Tour performance in Fortnite, which saw her mingling with fantasy llama creatures and climbing a literal floating stairway to heaven made of light, commanded over 78 million global in-game audience members. She made approximately $50 million USD selling the in-game digital assets, and this is raising serious eyebrows in the music industry. Animal concerts are the catalyst to making this happen for them. The potential for uniquely incorporated ad space, in-game (show) purchases and collaborative branded sponsorship is also limitless. “How many people can you fit in a stadium?” Fitzpatrick asks rhetorically. "50 to 80 thousand? How many people can you fit in the metaverse? Millions."