The Oaklea Press has released a book by a former principal of ADWEEK’s Ad Agency of the Year in 2020 and 2021, The Martin Agency, that purportedly reveals a powerful proprietary branding process the author maintains has helped a number of brands dominate their categories. 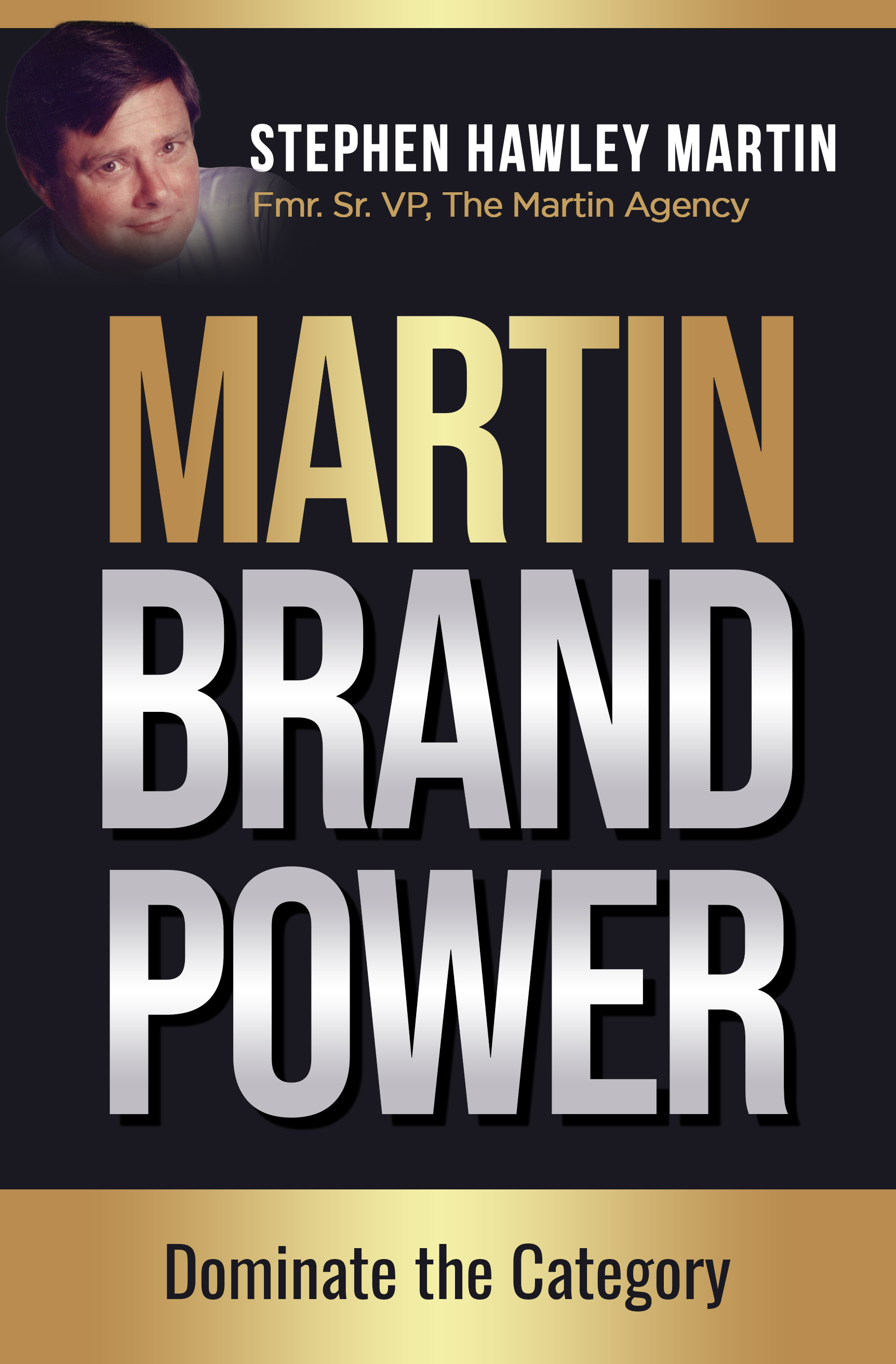 Richmond, VA, May 02, 2022 --(PR.com)-- The Oaklea Press has released a book entitled “Martin Brand Power: Dominate the Category” by Stephen Hawley Martin. The author is a former principal of The Martin Agency and its Senior Vice President in charge of Marketing Services. The ad firm is widely known as a leader in its industry for having created the GEICO Gecko, “Virginia is for Lovers,” and for being named “Advertising Agency of the Year” for 2020 and 2021 by the trade journal, ADWEEK. The Kindle edition of the book will be free to download from Amazon for two days only, on May 3 and 4. Follow the link below and click “Buy Now” for $0.00.

Stephen Hawley Martin said, “The process I explain in detail was developed and refined over a period of almost twenty years by me and my late brother David, co-founder of The Martin Agency. The half dozen case histories I write about in the book are from studies we conducted after we sold our respective interests in that firm.”

According to Martin, a number of the brands that underwent the process have come to dominate their categories, he believes as a result.

Stephen Hawley Martin was also the president and CEO of a spinoff of The Martin Agency, Hawley Martin Partners, a firm that grew quickly and was acquired by The Interpublic Group, an ad agency holding company listed on the New York Stock Exchange. He is now an independent brand consultant and is also known as an award-winning author, having written five novels, a half a dozen business management titles, and serveral bestselling metaphysical investigations. He is listed in “Who’s Who in America.”

The Oaklea Press Inc. was founded in 1995 and publishes business management, self-help, fiction, biographies, religious titles, as well as those to do with body, mind & spirit.
Contact
The Oaklea Press
Steve Martin
804-218-2394
www.oakleapress.com