"Mode One" Ranked as a Top 10 Audiobook for Single Men in "The Manosphere" on BuzzFeed.com

Dating Coach Alan Roger Currie had two of his five self-help audiobooks featured in a "Top 10 Manosphere Audiobooks" list on the popular BuzzFeed.com website. Currie's 2014 "Mode One" audiobook earned a spot on list, and his 2022 "No FREE Attention" audiobook earned a spot in the "honorable mention" section of the blog post. Currie authored and self-published his first eBook version of "Mode One" in May 1999, and he self-published his first paperback version of "Mode One" in February 2006. 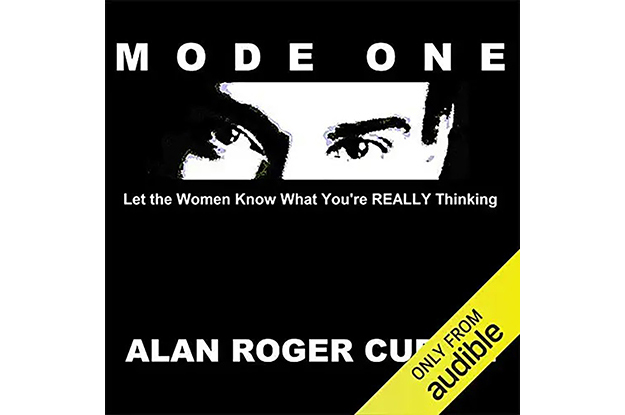 Beverly Hills, CA, September 21, 2022 --(PR.com)-- Self-Help Author and Dating Coach Alan Roger Currie recently had two of his five audiobooks included in a list of "The 10 Audiobooks That Have Most Influenced Men in 'The Manosphere' (for BETTER or for WORSE)" on BuzzFeed.com, the popular website for Millennials and Generation Z readers (note: This particular list that was published was not created by the BuzzFeed.com Editorial Staff).

"Mode One: Let the Woman Know What You're REALLY Thinking," which was released as an eBook in May 1999, a paperback in February 2006, and as an audiobook in late July 2014, was listed as one of the Top 10 most influential audiobooks for single heterosexual men in the internet cult following known as "The Manosphere."

Other audiobooks that earned a spot on the BuzzFeed list:

- Free Agent Lifestyle: Men's Guide to Peace, Quiet and Freedom ("Coach" Greg Adams)
- The Game: Penetrating the Secret Society of Pickup Artists (Neil Strauss aka Style)
- How to Be a 3% Man: Learn Pickup Artist Secrets and Dating & Relationship Secrets that Only 3% of Men in the World Know About (Corey Wayne)
- Models: Attract Women Through Honesty (Mark Manson)
- The Mystery Method: How to Get Beautiful Women Into Bed (Erik von Markovik aka Mystery)
- No More Mr. Nice Guy: A Proven Plan for Getting What You Want in Love, Sex and Life (Dr. Robert Glover)
- The Rational Male (Rollo Tomassi)
- The Unplugged Alpha: The No Bullsh*t Guide to Winning with Women & Life (Richard Cooper)
- The Way of the Superior Man: A Spiritual Guide to Mastering the Challenges of Women, Work, and Sexual Desire (David Deida)

A few additional audiobooks were listed as "honorable mention" selections:

- Dating Essentials for Men: The Only Dating Guide You Will Ever Need (Dr. Robert Glover)
- Dating Techniques in the 21st Century Social Media Age (Alpha Male Strategies)
- The Myth of Male Power (Dr. Warren Farrell)
- No FREE Attention: How Women Use the Possibility of Sex to Manipulate Naïve and Lustful Men (Alan Roger Currie)
- The Tactical Guide to Women: How Men Can Manage Risk in Dating and Marriage (Dr. Shawn T. Smith)
- The Way of Men (Jack Donovan)

Currie is considered the first African-American dating coach to be associated with "The Manosphere," and also one of the early thought-leaders and content creators in "The Manosphere," even though he himself separated himself from the group in August 2019 because he felt that many of the men who were actively involved in "The Manosphere" at that time had become too antagonistic and misogynistic toward women.