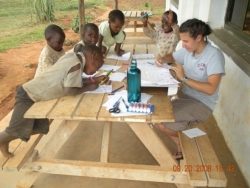 Schenectady, NY, October 15, 2008 --(PR.com)-- Union College, Engeye, and the residents of Uganda's Ddegeya Village have embarked on a novel partnership that has the potential to change many lives. A plan conceived by Union College professor Hal Fried and associate dean of students and director of Minerva programs Tom McEvoy grants select Union College recipients annual travel stipends to live in rural Uganda at the Engeye Health Clinic for eight months and undertake a project of their choice. From teaching and health care to advancing electricity and running water efforts, the stage is theirs to choreograph and implement their personal visions. Upon their return to the United States, the recipients will inspire fellow students when they co-teach Professor Fried's innovative Social Entrepreneurship course.

Becky Broadwin and Stephen Po-Chedley are the first recipients of this scholarship. The pair brainstormed extensively with clinic manager John Kalule to help clarify their goals, and departed for Uganda in August of 2008.

Becky Broadwin, from Concord, MA, recently graduated from Union College with a B.A. in History. During Becky's time at Union College she was involved in several different campus organizations designed to improve and increase the opportunities available to students. Becky also joined the school's rugby team, the school's chapter of the Gamma Phi Beta Sorority and lived in the Community Service Theme House. Becky enjoys traveling, reading, learning about new cultures, and running. In the future, Becky hopes to pursue a career in the public sector.

Stephen Po-Chedley is a 2008 graduate of Union College with a B.S. in Physics. Stephen Po-Chedley is from Hamburg, NY, and has been active in progressing campus sustainability as the sustainability committee chair at Union College. Stephen has also been very involved with environmental outreach and political activism and was accordingly awarded a Udall Scholarship in 2006, as well as being selected as a Truman finalist in 2007. Po-Chedley enjoys soccer, learning more about politics and the environment, physics and hiking. He plans on pursing a PhD in Climate Physics beginning in 2009.

Becky and Steve have developed a morning program at the Engeye Health Clinic, and have invited thirty local children to come to the clinic from 9:00 am to 1:00 pm. The children are between two and seven, and none of them attend school. During these hours, Becky and Steve have been working with the children on writing, numbers and letters. They also distribute multi-vitamins and peanut butter (that is made from peanuts they have planted!) in order to combat malnutrition.

For Becky’s blog, go to: http://engeye-broadwin.blogspot.com/

For Stephen’s blog, go to: http://pochedley.blogspot.com/

Says Engeye co-founder Stephanie Van Dyke, "We are thrilled by the potential of sending recent college graduates to our health clinic in rural Uganda. The eight months the volunteers spend at Engeye Clinic not only bridges two starkly different cultures that would not otherwise meet, but it opens the possibility for long-term future change. Both the U.S. and Ugandan cultures have so much to share with each other that could ultimately strengthen both worlds. Uniting our worlds via recent New York college graduates and rural Ugandan villagers may seem like an odd pairing, but the newfound relationship is unfolding beautifully. We are so thankful that Mr. McEvoy and Mr. Fried at Union College contacted us to begin this crusade and appreciative that the villagers in Uganda are open-minded with the idea and are welcoming us into their village."

About the Union College Minerva Fellowship Program
Union College believes it is important to make a commitment to alleviating poverty in developing countries and to make a commitment to its students after they graduate beyond asking for their support as alums. Perhaps globalization will pull up the destitute eventually, but in the meantime, the Minerva Fellowship program exposes young people to the human side of poverty and provides them with the opportunity to have a positive impact. Many students care deeply about the less fortunate, but know little about opportunities to help. The Minerva Fellowship program provides an opportunity. Union College contributes $10,000 per year to the program.

The Minerva Fellowship Mission Statement:
To instill in some recent graduates of Union College an entrepreneurial approach to social problems and a lasting commitment to the poor in developing countries with an important spillover impact on current students

About the Engeye Health Clinic
The Engeye Health Clinic is located in Ddegeya Village in southern Uganda. The entire clinic and two volunteer houses were constructed during the summer of 2006 at an estimated cost of $50,000 by the Engeye Health Clinic’s co-founder, Stephanie Van Dyke, her parents, Gary Arnold, who led the construction efforts, several other volunteers and at least 50 villagers. John Kalule, a native Ugandan, co-founded the Engeye Health Clinic, and manages the daily operations of the Clinic. The word Engeye means "white monkey" in Luganda, an official language of the country, and is John’s family clan name. Stephanie, Misty Richards and Anny Su comprise the board of directors for the 501(c) (3) tax deductible, nonprofit organization.

The Engeye Mission Statement:
To improve living conditions and reduce unnecessary suffering in rural Africa through education and compassionate health care. Implicit to every project is the understanding that it will ultimately be sustainable with little or no outside assistance, and that it will be accomplished free of the imposition of any foreign social, political or spiritual values. 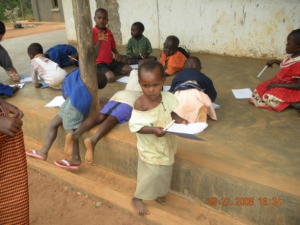 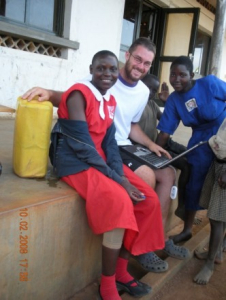 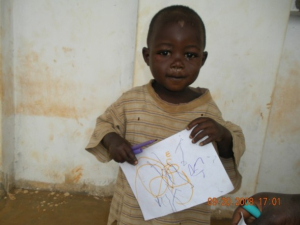 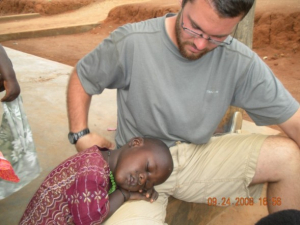 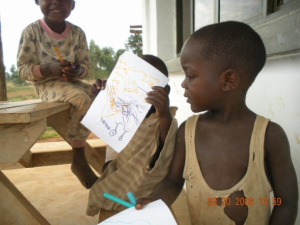 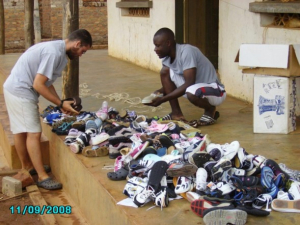 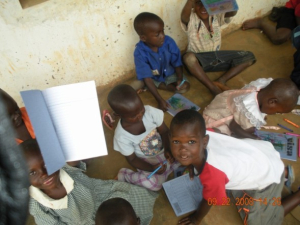