360 VIP Event locations throughout the World were chosen to participate in this incredible event. Venue is honored to be participating for the second year - linking the world for a worthy cause. 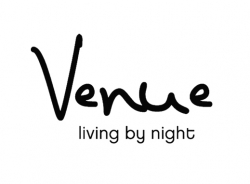 Venue is delighted to be part of the exclusive host locations for The Global Party 2013, raising money and awareness for 1000’s of local children’s charities worldwide, and The Global Charity Trust. Texas Children’s Hospital is honored to have been chosen as the benefiting local charity nominated by Venue in Houston.

The Global Party will transcend 120+ cities around the world, with 360+ luxury Official Venues/Owners jointly inviting 360,000+ of the world’s elite VIP's, in order to help raise awareness and money for the chosen 360+ Official Local Children Charities, as well as The Global Charity Trust.

This worldwide event will also be supported by 1,200+ Official Local Sponsors.

The money raised on the night will aid the Texas Children’s Hospital, one of the Official 360+ Benefiting Children's Charities, wonderful work including creating a community of healthy children through it’s patient care, education and research.

The Global Charity Trust’s (part of CAF - Charities Aid Foundation - charity number 268369) mission is to support different charities, by creating global awareness and help raise funds for 100s of worldwide causes - with a focus on children, the elderly, education, the environment and animal welfare. By working with The Global Party, The Global Charity Trust has found the perfect partnership to deliver their mission.

Each host location, has been able to nominate a local Charity and a local Sponsors who will invite, together, up to 1,000+ VIP guests, from across the world. Sponsor benefits include, but are not limited to:

- 2 or more exclusive invitations to The Global Party, with the ability to choose the date and location from the selection of 360+ events.
- A gift of a Key-2 Luxury Mobile or Champagne for Life Mobile membership (worth $667.00 each), for both the donor and their VIP guest(s).

Guests are able to donate to the Texas Children’s Hospital through their ticket admission cost (all donations are deemed tax deductable) as well as through their bar purchases, of which Venue will be donating a portion of all bar proceeds.

This will be hosted at Venue in the lounge on Wednesday, May 15th from 6:30 - 8:30 pm. 120+ Worldwide Press Launch Events will be held across the 120+ cities, exclusively for Journalists, Bloggers and Media Correspondents.

Non-For-Profit
This non-for-profit, outstanding global gathering could not be achieved without the generous contributions from each of the owners of the 360+ Official venues (who will, not only, host The Global Party 2013, but also help in raising funds for the 360+ Benefiting Charities, as well as The Global Charity Trust); their Local Sponsors and our Headline Sponsor - Global PR.net

Founded in 2011 by Lord Stanley Fink and David Johnstone, The Global Charity Trust focuses on helping specific worldwide charities, with the money raised going directly into projects within the Environmental, Education, The Elderly, Health and Children sectors.