Apex for Youth: Highlights from Thursday Night’s Omakase at Masa, a Fundraising Dinner to Benefit Apex for Youth 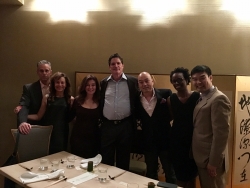 New York, NY, November 22, 2016 --(PR.com)-- The Chauncey F. Lufkin III Foundation was proud to be a contributing donor at Thursday night’s intimate fundraising dinner to benefit to Apex for Youth at Masa. Chef Masa himself prepared Omakase at his eponymous restaurant in The Time Warner Center in New York on November 17, 2016.

Apex for Youth is a 501c3 non-profit that provides mentoring and other educational services to underserved Asian and immigrant youth in New York City by recruiting volunteers to be positive role models for them.

“We are excited to give our continued support to Apex for Youth and happy to see that it is rapidly expanding each year in the number of youth that it is able to serve. The organization’s members are clearly passionate about making a difference in the lives of these kids, even as they move into adulthood,” said Chauncey Lufkin, Founder of The Chauncey F. Lufkin III Foundation.

“The highlight of the evening was to hear from one of the Apex for Youth students, Sean Park, who spoke from the heart on his personal experiences being mentored by members of the organization. The significance to him was obviously boundless,” added Cara Familet, Foundation Director for The Chauncey F. Lufkin III Foundation.

About Apex for Youth
Founded in 1992, Apex for Youth delivers possibilities to underserved Asian and immigrant youth in New York City by recruiting volunteers to be positive role models for them. Through its mentoring and educational programs for students from 1st to 12th grade, Apex volunteers guide and inspire youth to become confident young adults who are ready for college and give back to the community. Today Apex serves over 1,300 children weekly with more than 11,000 hours of volunteer service a year.

About the Chauncey F. Lufkin III Foundation:
The Chauncey F. Lufkin III Foundation is a charitable organization founded in 2006 dedicated to improving the quality of life for individuals around the world. Our foundation’s focus is on fighting poverty through better education and by finding faster cures for the diseases that affect loved ones. Our strategy is to comb the globe for private independent foundations effectively working on these issues, supporting them with financial injections that make a difference. To date the Foundation has lent their support to numerous organizations including The Robin Hood Foundation, The Milken Institute, The Aspen Institute, The Boys and Girls Club of Palm Beach County, Quantum House of Palm Beach County, Apex for Youth, St. Jude Children's Research Hospital, and BizWorld. Mr. Lufkin has also established The Chauncey Lufkin Endowment for Academic Excellence at Southern Methodist University and is a major contributor to St. Lawrence University. www.cfl3.org
Contact
The Chauncey F. Lufkin III Foundation
Cara Familet
917-855-8153
www.cfl3.org
Please note our website is currently under construction. 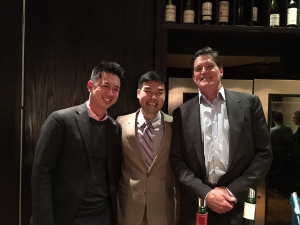 Apex for Youth and Chauncey Lufkin