The cloud-based Alyssa's Law Alerting platform is a Plug-N-Play system that requires no onsite engineers and is a Do-it-Yourself (DIY) self-activated system. Desktop Alert is the only US Company certified by the U.S. Defense Agency Systems Agency (DISA). 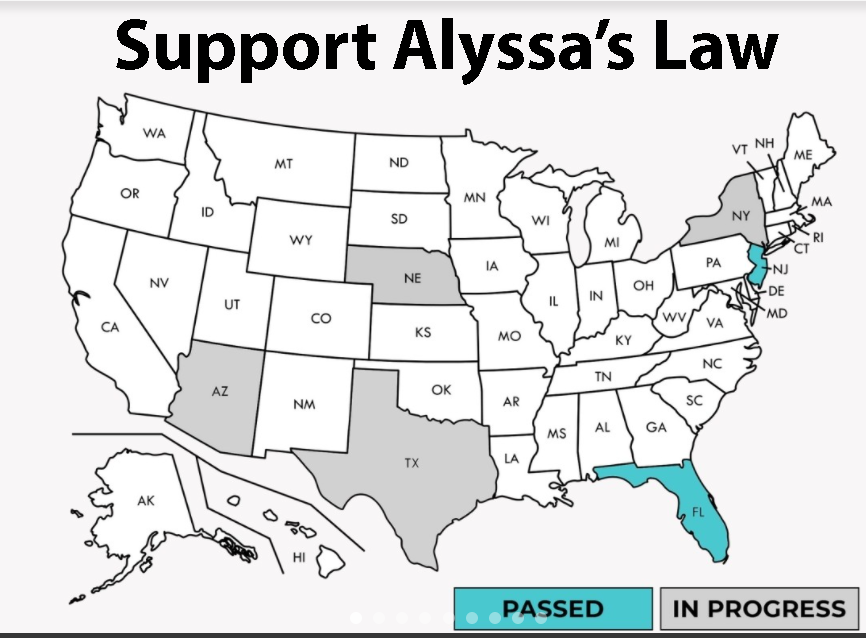 Alyssa’s Law require a New Jersey’s K-12 Public Schools to have a silent panic alarm that is linked directly to local law enforcement agencies. The Desktop Alert system goes one step further and enables any district to have the alert sent to not only local law enforcement but a myriad of other contacts such as school superintendents, teachers, school security offices, students and more. Alerts are comprised of messages sent to landlines, mobile phones, mobile apps, emails, text messages and more.

“Our Alyssa’s Law In-A-Box offers cascading alerts. With the press of a button or an icon activated soft panic button different alerts can be sent to each recipient group. For example, one message can be sent to police with secret or private information, another alert can be sent to teachers and another message with limited content might be sent to students. Cascading alerts are set up in advance as pre-defined scenarios. We are offering the same system in use by the U.S. National Guard with a guaranteed delivery speed of 10 seconds or less,” said Howard Ryan, Founder Desktop Alert Inc.

The cloud-based platform is a Plug-N-Play system that requires no onsite engineers and is a Do-it-Yourself (DIY) self-activated system. Desktop Alert is the only US Company certified by the U.S. Defense Agency Systems Agency (DISA).

Training is inclusive via scheduled webinars. More information is available at https://www.alyssas.law.

Worldwide U.S. Military organizations such as U.S. Northern Command, The United States National Guard, The United States Air Force Academy, The United States Military Academy at West Point, Multi-National Forces in IRAQ and Afghanistan, The U.S. Air Force, The U.S. Army now utilize the Desktop Alert mass notification platform daily for their organization’s emergency communication requirements. Desktop Alert can contact thousands of users with desktop alerts and require receipt confirmation of the message. Those not verified can then be listed on a report and/or sent as a "Target Package" to be automatically contacted by other means such as email, SMS, phone calls and other devices.
Contact
Desktop Alert Inc.
Howard Ryan
973-727-0066
www.desktopalert.net