A classic Korean lesson in filial piety, respect for one's parents, is presented in an engaging Cinderella story. In an effort to save her father's life a young girl agrees to face death in the form of a deadly giant centipede. Fortunately, thanks to a magical turtle, all ends well. 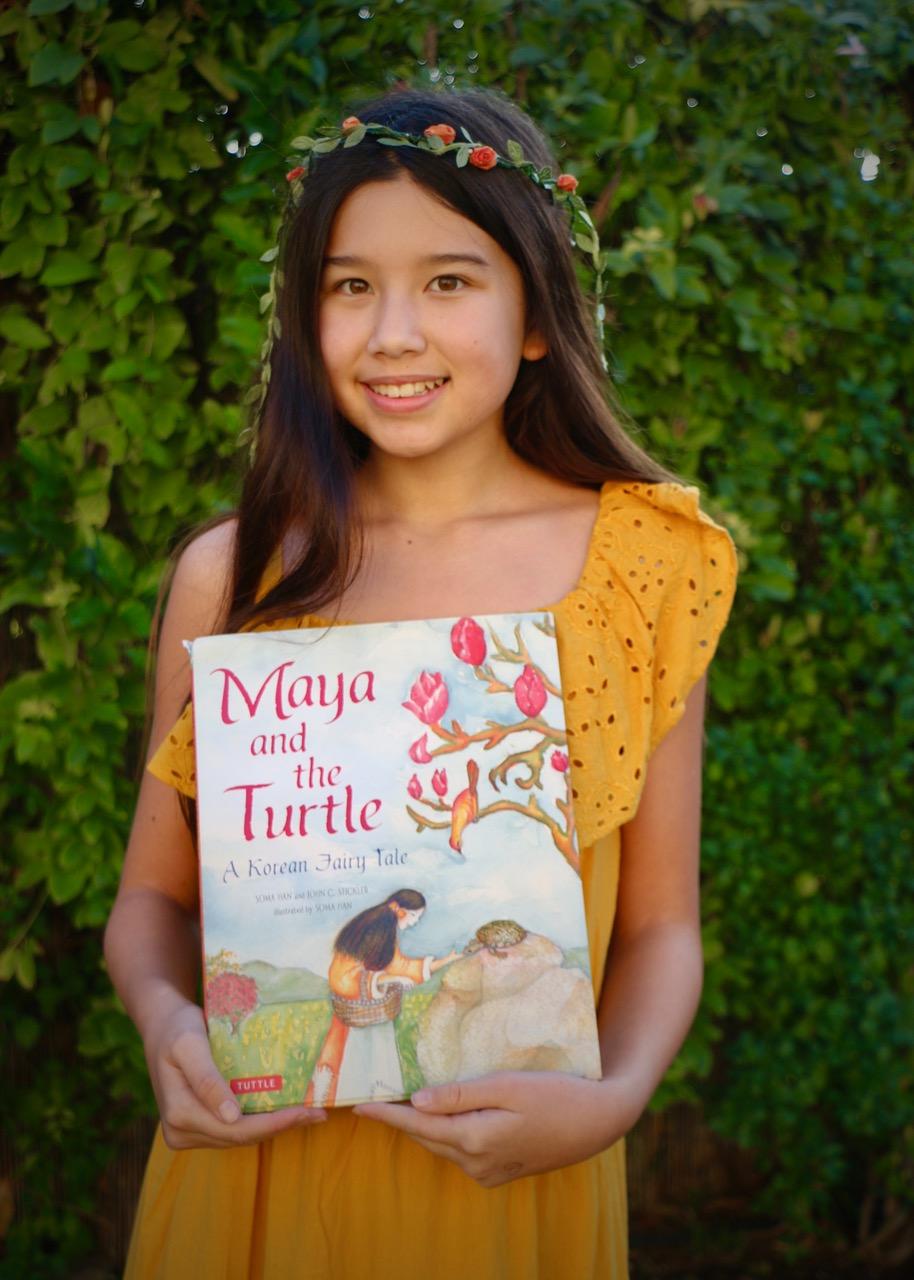 Rio Rico, AZ, April 20, 2020 --(PR.com)-- "Maya and the Turtle: A Korean Fairy Tale" originally debuted as a picture book from Tuttle Publishing written and illustrated by Soma Han and John C. Stickler. Now it reappears as a unique, 12-minute audiobook available from most online outlets. After emigrating to the U.S. watercolorist Han recognized a dearth of cultural material on Korea available for young Korean-Americans, either adopted or second-generation children. She teamed up with her husband to produce, first, a non-fiction picture book, "Land of Morning Calm: Korean Culture Then and Now" (Shen's Books) and next this traditional tale.

In 2013, unknown to the authors, Maya was entered into a competition held by 15 international schools (instruction in English) across South Korea. Students in grades 4-6 were introduced to four new children's books, given one school year to read them all, and then asked to vote for their favorite the following spring. Across all schools Maya was the most popular in that age group and was awarded the 2014 international Morning Calm Medal.

When Publishers Weekly reviewed the picture book they wrote: "The husband-and-wife team of Stickler and Han retells a fairy tale from Han's childhood, in which a young woman's kindness and bravery are rewarded handsomely."

Now Maya returns to current children's literature as an audiobook narrated by Talulah Shadrick, a young Californian who always knew she would be an actress. At age six she appeared on stage and by nine qualified to join the Screen Actors Guild. At 12 her credits now include a Toyota TV commercial, a voiceover for a Nintendo game, and a recurring role on the last season of the popular cable TV program "Veep."

Stickler reported the news from Seoul for nine years for the CBS radio network and is a member of the Society of Children's Book Writers and Illustrators. Han is a fine arts graduate of the California College of the Arts and has illustrated three children's books. She is a charter member of the National Museum of Women in the Arts.