In his latest release, Stephen Hawley Martin puts a finger on what he believes to be the root causes of racism and what must be done to end the scourge, and it won’t cost readers anything to find out. The Kindle edition is free to download from Amazon, June 16-18. 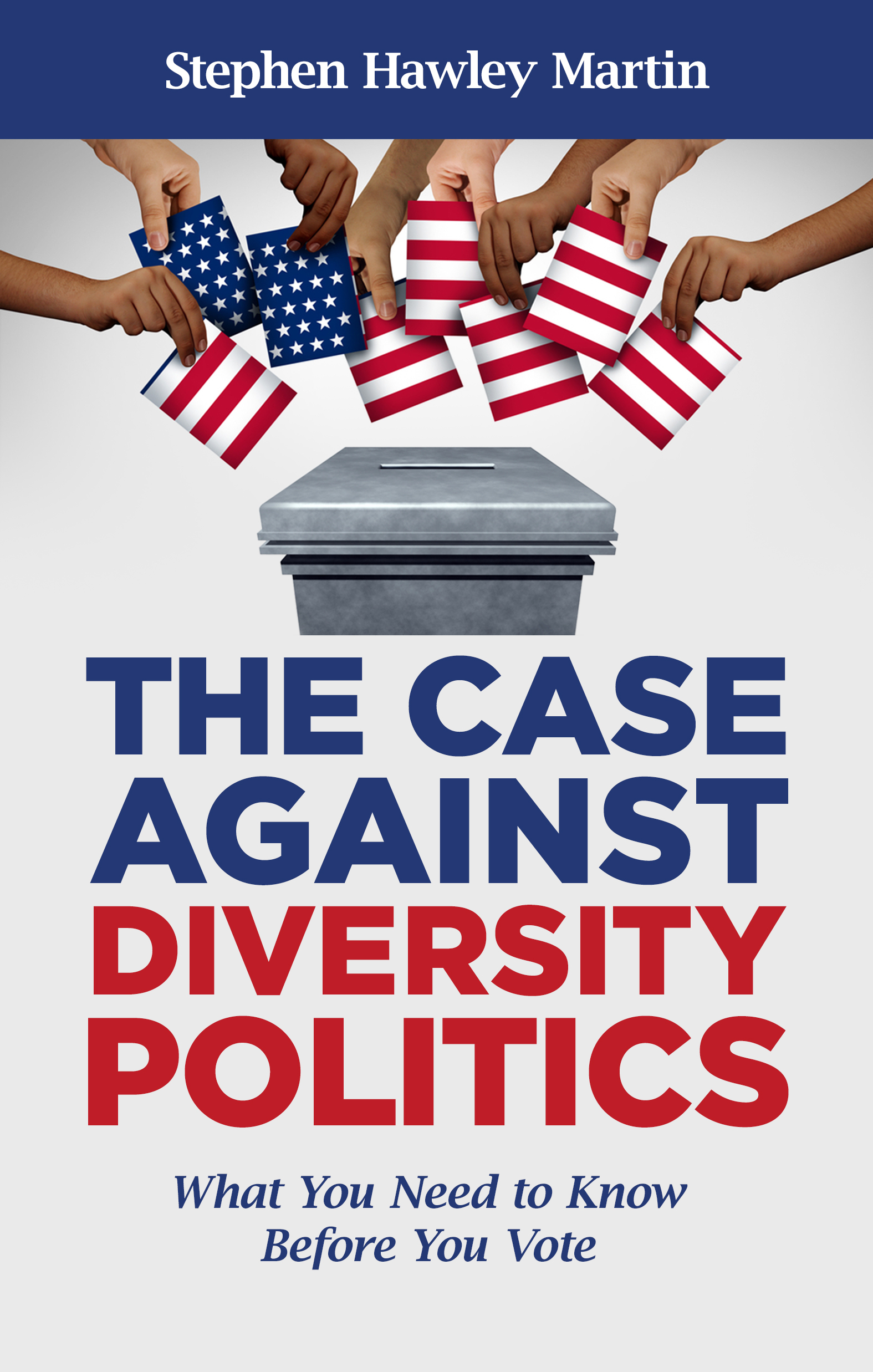 Richmond, VA, June 15, 2020 --(PR.com)-- Just published by The Oaklea Press, a book entitled, “The Case Against Diversity Politics: What You Need to Know Before You Vote” reveals what the author believes to be the root causes of racism and how he thinks Martin Luther King Jr.’s dream can be realized that people are no longer “judged by color of their skin but by the content of their character.”

The author, Stephen Hawley Martin, said, “I’m a native of Richmond, Virginia, the Confederate capital, and I grew up during the Jim Crow era. Although I thought the blatant discrimination I saw around me was unjust, I am ashamed to say I held racist views until I began seeking the truth and thinking for myself. That’s how I know what actually causes and perpetuates it, and after years of thought and study, what I believe to be the only way to end it.”

Martin argues that it is counter productive to portray blacks as victims, and because they are victims, they should receive preferential treatment. Such rhetoric, he says, causes many to believe they are indeed victims, and there is convincing evidence that what a person believes to be true is a major factor in determining what the individual actually experiences.

He also cites evidence that the nineteenth century Darwinian theory of evolution based on random mutations and “survival of the fittest” is outdated, and until it is updated with information that is known today, it will continue to support and perpetuate the erroneous belief that some races are superior to others.

In an effort to get the word out, the Kindle edition of this new book will be free to download from Amazon on June 16, 17, and 18. Click on the link below to go to the page, and then click on "buy now":

The Kindle edition normally sells for $4.99 and the paperback edition for $9.99. Quantity discounts on the paperback edition are available when ten or copies are purchased directly from the publisher. For more information concerning discounts, go to the “contact us” page of The Oaklea Press website.
Contact
The Oaklea Press
Steve Martin
804-218-2394
www.oakleapress.com