The Flux Adapt: The Shoe That Won the Vote in 2020

Fully funded in just 2 hours on Indiegogo, these shoes got our vote on November 3. 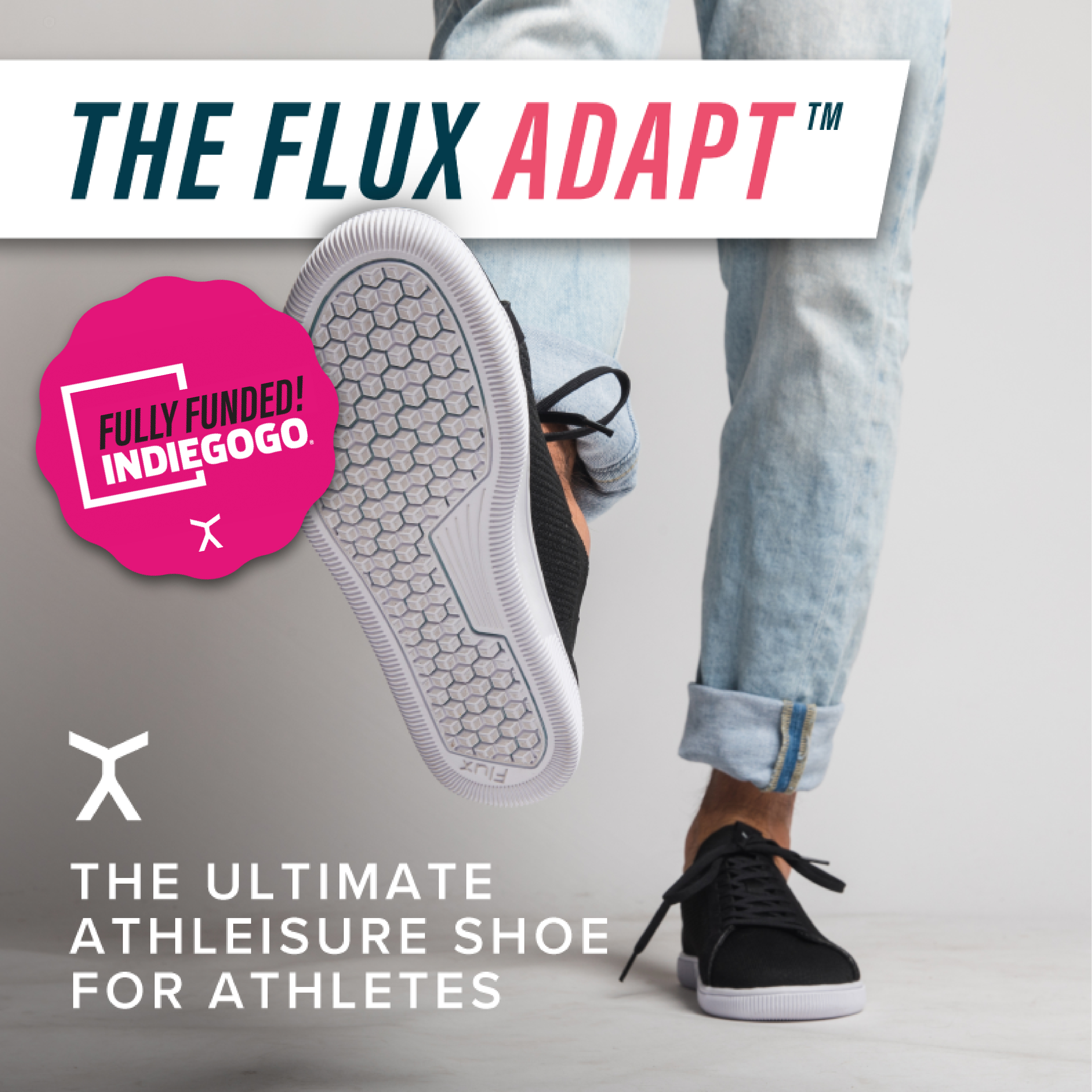 Denver, CO, November 06, 2020 --(PR.com)-- Amidst the current pandemic, a lot of businesses are having to adapt to survive. More specifically, the brands that are succeeding in 2020 are the ones taking bold risks, and that is exactly what the makers of a new “barefoot” shoe did in their recent launch. Not only did the team behind the Flux Adapt take the risk of Crowdfunding in the middle of a pandemic, they actually launched on Election Day...and incredibly, it paid off.

On November 3, the Flux Adapt blew through its funding goal of $15K, doubling that to $30K within the first 24 hours of the campaign and became the #1 trending campaign on Indiegogo.

To the uninitiated, a “barefoot shoe” might just sound like a paradox. However, a barefoot-style shoe is simply one that is made to mimic the foot’s natural motion. And while the industry has progressed somewhat beyond the infamous “toe-shoes” of the early 2000s, it has been sorely lacking in style up until now. It’s a reality well-known to one of Flux’s founders, Benjamin Loschen, who used barefoot shoes to rehab from a foot injury 5 years ago, and ever since has had a tough time finding the right everyday shoe that would accommodate his active lifestyle.

"When I injured my foot 10 years ago, I turned to barefoot shoes to rehabilitate it, and actually it worked! Not only that, but I became a better all around athlete for training in them. Unfortunately, there was no shoe on the market that I felt good wearing throughout my day on a consistent basis. I needed something stylish, discrete, great for workouts, and biomechanically sound, so this concept has been in the back of my mind for a long time.” - Benjamin Loschen

Prior to COVID, Ben and cofounder Isaac Mertens joined forces with a former Reebok designer, Zach Frey, with the mission to create a foot-healthy shoe that would be just as likely to be worn at the gym as on a date. And just as they were closing in on the final samples, COVID hit:

“The shutdowns slowed things down for us, and while we were hoping to get our first production done before Christmas, we realized we could still offer the shoes on an early release through crowdfunding. In the end, November 3 just made a lot of sense. We had a lot of people question that decision, but we’re not trying to do things the conventional way, so why should we play it safe with our launch?” - Isaac Mertens

Speaking of unconventional, the team’s designer gives further insight into the design process that led to this incredible product:

“We've designed The Adapt to be the perfect 'everything' shoe. An early design guideline has been, if you’d wear leggings doing it, you should be able to wear the Adapts doing it. This really helped us arrive at the perfect blend of style and performance. In my 10 years designing and developing footwear, the feel and performance of the Flux Adapt is an absolute breakthrough. We rethought every part of the shoe, and thankfully we found a manufacturer that was willing to try a lot of new things. I think customers are going to love the freedom that these shoes afford." - Zach Frey

Facts & Statistics
The first-of-its-kind, patent-pending AdaptSol™ is largely what makes this shoe so special:

AdaptSol™ Cushion - A 10mm, specially engineered insole that uses suspended AdaptFoam™ pods to increase ground-feel, while giving the perfect amount of cushion to counteract the pounding of hard, artificial surfaces. A common reaction to the under-foot sensation is that of a gentle massage.

AdaptSol™ Tread - Working in integration with the elastic insole cushion, this honeycomb tread is engineered to move seamlessly with your feet while offering optimal grip multi-directionally on all surfaces, and is made from a hyper-flexible, ultra grippy rubber compound that will make any wearer feel rooted to the ground, even through heavy lifts.

Zero Drop - Unlike most athletic shoes, there is no heel raise in the Adapt. This allows full range of motion for tendons and ligaments, and promotes healthy, natural posture and alignment.

The Flux Adapt is currently still taking pre-orders at a discounted price of $95 on Indiegogo. Act fast as pricing can increase during crowdfunding campaigns, and prices will jump to $130 when the shoes are available for direct purchase in March.

About
Flux Footwear was founded by Zachary Frey, Benjamin Loschen, and Isaac Mertens in 2017 and operates remotely from Colorado and Nebraska. The Flux Footwear team are serial entrepreneurs, shoe designers, athletes, and sneaker heads with a dream of launching a footwear brand since the age of 10. They’ve designed patent-pending, next-generation AdaptSol™ technology that gives you an under-foot sensation, better than anything you’ve ever felt before.
Contact
Flux Footwear
Zach Frey
440-708-6435
https://www.indiegogo.com/projects/flux-adapt/x/24881336?create_edit=true#/ 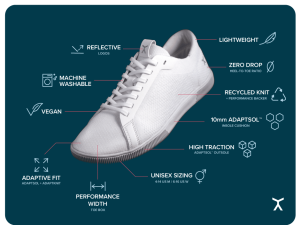 The Patent-Pending AdapSol™ is comprised of two major components, the cushion and tread, which work in tandem to create a one-of-a kind experience for your feet that is both cushioned and highly responsive. Yoga Pants for Your Feet

Finally, a shoe suited for as many activities as your yoga pants are. These shoes are made to stretch, move, and adapt to any occasion in your day.