Free on December 15 and 16, a New Book Poses a Challenge to Scientists and the Promise of Fame to One Who Delivers

An award-winning author posits a theory of everything, cites a number of scientific findings to support it, and challenges scientists to examine it - saying that if one of them can work the math to prove it, his or her work will be published and publicized by The Oaklea Press. The Kindle edition will be free to download December 15 and 16. 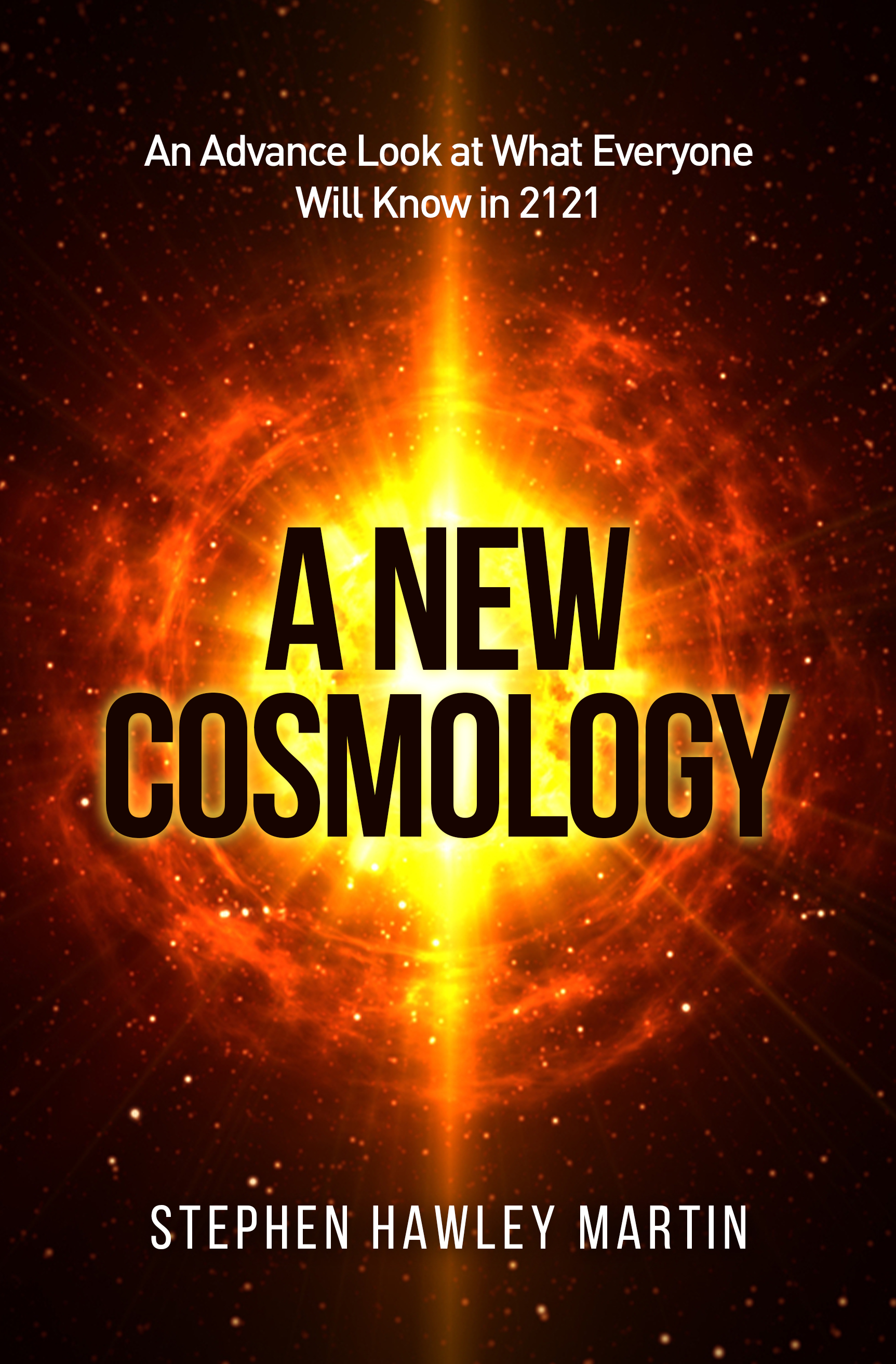 Richmond, VA, December 15, 2020 --(PR.com)-- Just released by The Oaklea Press, a new book entitled, “A New Cosmology: An Advance Look at What Everyone Will Know in 2121” by bestselling author, Stephen Hawley Martin, presents a theory of what created the Big Bang, drawing upon the findings of numerous quantum mechanics experiments coupled with the results of neurological research performed at the University of Virginia School of Medicine.

Martin said, “This theory is something I’ve had in mind for quite a long time, and when I saw a lecture by John Hagelin, a Harvard-educated Ph.D. in quantum physics that supported my belief, I decided to go public with it. I’m hoping that scientists will take a serious, open-minded look, and that at least one of them will work out the math, or make whatever calculations are necessary to prove it. I have no doubt that whomever does that will go down in history alongside Galileo and Edwin Hubble and win the Nobel Prize.”

Martin said that The Oaklea Press has agreed to publish a second edition of the book with the calculations, giving full credit to the first scientist to answer the call to provide them. He went on to say that he is so confident the theory is correct he fully expects it will eventually be common knowledge, and that the new worldview it creates will change for the better how humans see themselves.

“A New Cosmology: An Advance Look at What Everyone Will Know in 2121” is published in a trade paperback edition priced at $11.99, and as a Kindle ebook for $5.99. Inquiries can be made through the contact page of The Oaklea Press website.

To encourage those who are interested in taking a look, the Kindle version will be free to download from Amazon on December 15 and 16. Follow this link to the book’s page on Amazon and click on “Buy Now” for $0.00: