A sweeping novel of history war, and courage in the face of injustice, "Tears of Honor" tells the story of the heroic Japanese American soldiers who fought against Nazi tyranny in Europe, while their families were imprisoned in America. 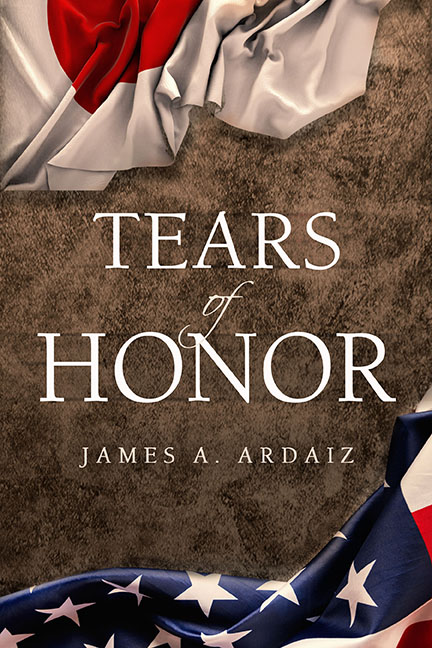 Fresno, CA, February 16, 2021 --(PR.com)-- This week marks the Day of Remembrance, when the Japanese American community observes the anniversary of February 19, 1942, the day President Franklin D. Roosevelt signed Executive Order 9066, ordering the internment of Americans of Japanese descent. It should also be remembered that, despite the injustice of internment, a generation of young Japanese Americans from the camps volunteered for military service and fought with incredible bravery against the Nazis in Europe.

The story of this generation of courageous Japanese Americans is told in epic form in the new historical novel "Tears of Honor" (Pace Press, publication date February 16, 2021) by James A. Ardaiz.

Bringing together the viewpoints of multiple characters both fictional and real, from President Franklin Roosevelt to ordinary grunts in combat, "Tears of Honor" tells a kaleidoscopic story of how the internment was planned, how internment affected ordinary people, and how Japanese American soldiers proved their loyalty and honor in harrowing combat.

Sammy and Freddy are two all-American boys in the summer of 1941, dreaming of becoming professional baseball players and maybe asking a girl to the senior prom. But when war comes, Sammy Miyaki, Freddy Shiraga and their families are seen as enemy aliens, not Americans. Taken from their homes in rural central California and placed in internment camps, the boys decide that the only way to prove their loyalty to America is to join the Army.

The scene shifts to Washington, DC, where General John DeWitt and Major Karl Bendetsen (the actual historical architects of the Japanese internment order) wage a bureaucratic war to persuade the government to give legal sanction to their plans to detain the Japanese population. Skillfully using legal argument, the trauma of Pearl Harbor, fears of an imminent invasion of California, racist paranoia and media pressure, DeWitt and Bendetsen persuade the War Department, the Justice Department and President Roosevelt to acquiesce to detentions.

Across the Pacific, Yuki Watanabe and Tug Tamiguchi are Hawaiian National Guard soldiers based in Honolulu. Easy-going weekend warriors who see themselves as Hawaiians, not Japanese, Yuki and Tug are also more interested in baseball than the persistent rumors of war. But after the horrific attack on Pearl Harbor, Yuki and Tug find themselves assigned to an all-Japanese combat group and shipped to Europe.

At Ford Ord in Monterey, California, Private Young Oak Kim (a real-life historical person) dreams of getting out of the motor pool and into a fighting unit, but the prewar army has little use for Korean Americans. Now the war will take Kim to officer training, combat and becoming one of the most highly decorated soldiers in American history.

As the war grinds on, Sammy and Freddy's white and Latino neighbors in rural Calwa, California, work the land of their absent Japanese friends and find the courage to speak against the injustice and prejudice that surround them.

In Europe, Sammy, Freddy, Yuki and Tug are placed under the command of newly commissioned Lieutenant Kim, who leads them through some of the fiercest fighting of the war. Sammy, Freddy and their comrades confront the prejudice of white soldiers and the horrors of combat, as they come to realize they are fighting not just for the United States, but for the honor of all Japanese Americans. Fighting through Italy and France to face the Nazi war machine, Sammy and Freddy make heart-rending sacrifices to save their friends.

Combining a clear-eyed exploration of the racism and bureaucratic evasion that created the internment, finely drawn sympathetic characters and terrifyingly vivid battle scenes, "Tears of Honor" is a gripping telling of a unique American story.

More about Author:
James A. Ardaiz is a former prosecutor, judge, and Presiding Justice of the California Fifth District Court of Appeal. His previous books include the true crime account "Hands Through Stone" and the mystery novels "Fractured Justice" and "Shades of Truth." Ardaiz wrote "Tears of Honor" after five years of historical research, including interviews with Colonel Young Oak Kim. Ardaiz's website is jamesardaiz.com.