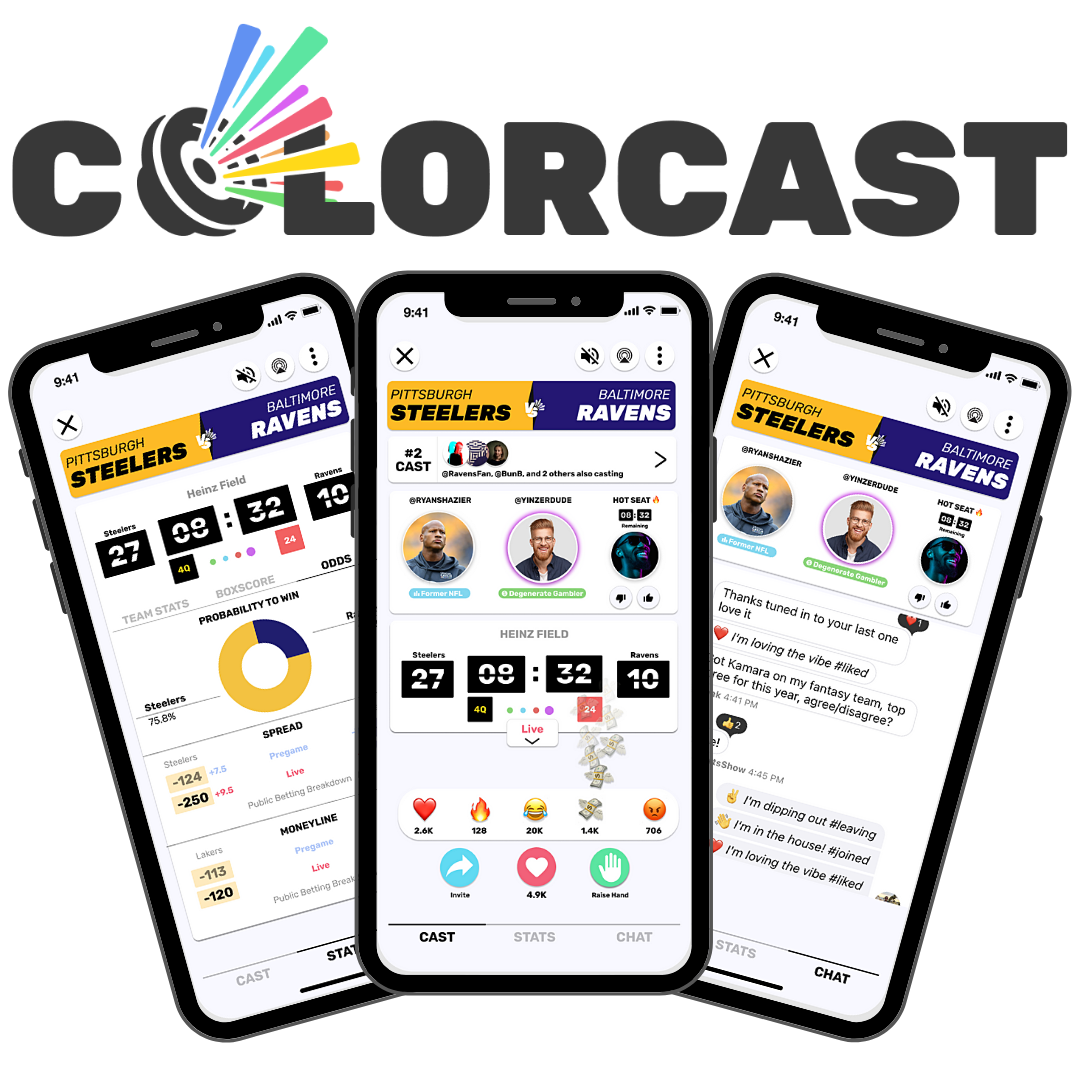 Colorcast is a Social Sports Talk App that allows anyone, anywhere, with no equipment, to commentate on live sports, before, during, and after the game. The magic of Colorcast is that it allows "casters" and listeners to synchronize their audio streams so that when the caster yells "Dak Prescott throws another touchdown," the listener is actually seeing the touchdown on their TV. Beyond facilitating this shared visual context, Colorcast provides users with stats, scores, betting odds, and other real-time information about the game. Casters and listeners can interact via text chat or via the "Hot Seat," where listeners are actually brought onto the microphone and given a chance to ask questions or share their own hot sports takes.

Hilltop Venture Partners' Managing Partner, Brad Greenwald stated that his team is "convinced Colorcast has cracked the code on the social sports talk category. Their intense focus on understanding the needs of young sports fans has led to this fun, highly interactive, and addictive new type of entertainment." John McEvoy, Tribeca Early Stage Partners' Managing Partner added, "We've seen a number of different companies try to move into the social audio space, but none have done it as effectively as Colorcast. The Colorcast team has targeted a specific vertical and is building communities and feature-sets around that vertical. It's fascinating."

Since it's launch in late-November 2020, Colorcast has onboarded thousands of casters, has coverage on every single NFL game, airs nearly a hundred sports talk shows every week, and is beginning to partner with higher-profile celebrities and athletes. Co-Founder and CEO, Evan Kirkham, explained that, "It's hard to believe what the team has accomplished in such little time. I'm most proud of the diversity of opinion and perspective that you can find on Colorcast. Any given night, listeners can tune into NFL commentary from an all-female group, a diehard team fanatic, a stand up comedian, a Spanish-language spectator, an expert sports gambler, or even a current or former NFL athlete like Ryan Shazier or Ike Taylor as they describe their time in the league, locker room dynamics, and who talks the most smack on the field."

Having closed it's pre-seed round, Colorcast plans to expand into additional sports markets, grow its talent acquisition team, and continue diversify its offering. "We're just getting started, but the traction we've seen is incredibly promising and we can't wait to pour some more gasoline on the fire," stated Kirkham.