MakeShaper is Officially Moving Into the Village

Keene Village Plastics (KVP), known for their high-quality, engineering grade 3D filament, is pleased to announce the expansion of their online store to include MakeShaper, a brand of user-friendly, economical 3D filament, starting in April 2022. 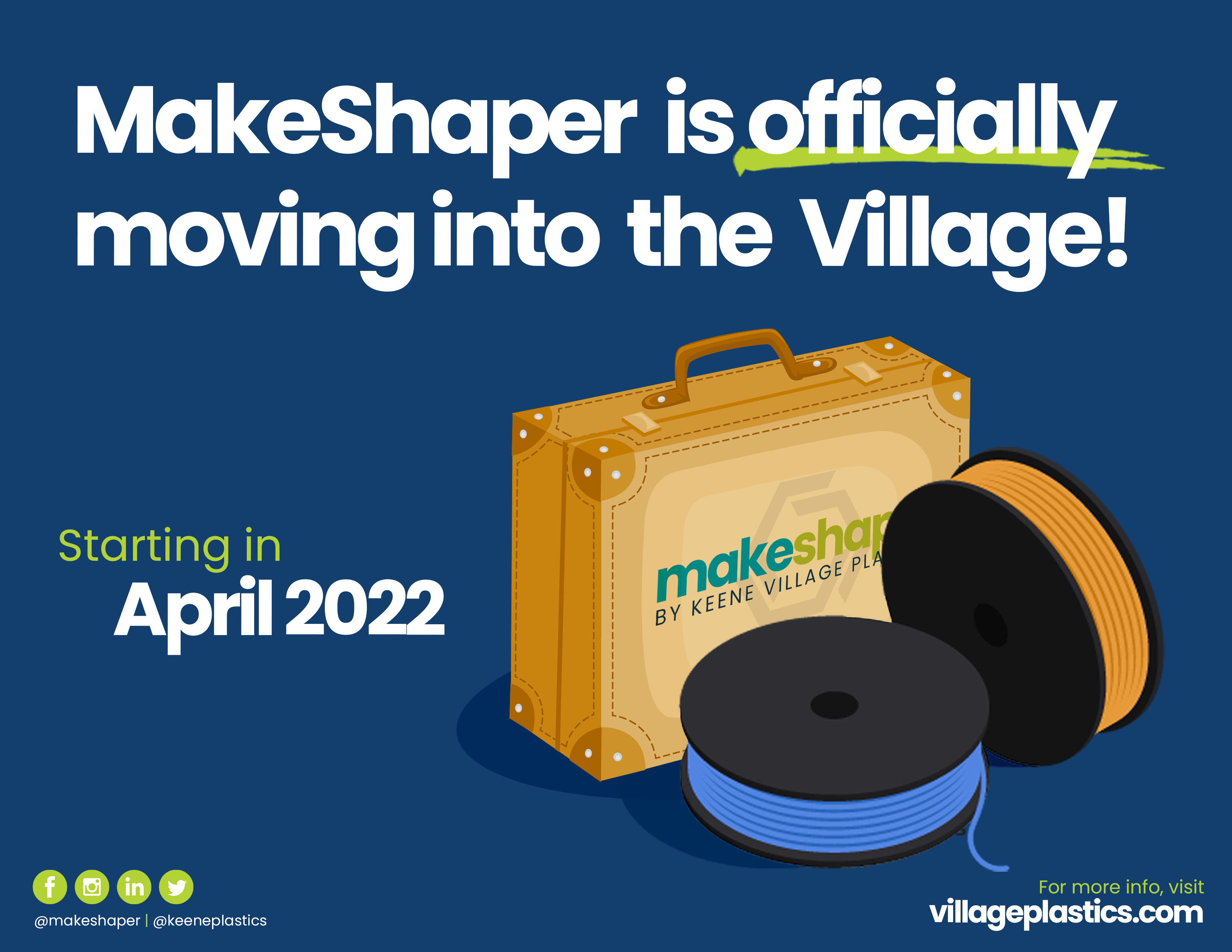 Cleveland, OH, January 08, 2022 --(PR.com)-- Keene Village Plastics (KVP), known for their high-quality, engineering grade 3D filament, is pleased to announce the expansion of their online store to include MakeShaper, a brand of user-friendly, economical 3D filament, starting in April 2022.

Since its foundation in 2004, KVP has developed a strong reputation in the 3D printing industry among dealers, distributors, and customers for its extensive variety of high-end filaments, as well as its commitment to quality & service.

Back in 2019, KVP announced the acquisition of a North Carolina-based 3D filament manufacturer, MakeShaper. In addition to providing materials for the 3D printing industry, both companies shared a common denominator in that all their filaments were engineered, tested, and manufactured in the USA.

The addition of MakeShaper brought with it a portfolio of products, including several of the most popular 3D printing filaments, specifically designed to be used with fused deposition modeling (FDM) printers for the consumer and hobbyist market.

Since then, KVP has been able to extend its reach to provide high-quality filaments to a much wider demographic amongst the 3D community. However, such efforts up to this point have been done through two separate channels— the KVP online store and the MakeShaper online store.

Starting in April 2022, MakeShaper’s selection of user-friendly, economical 3D filament will be available to purchase exclusively through the KVP online store. This will include their PLA (Polylactic Acid), PETG (Polyethylene Glycol-Modified), and ABS (Acrylonitrile Butadiene Styrene), all of which will be listed at $21 per 1kg spool.

“As a company that prides itself on having an open, community-based, village mentality, this divided model of business is proving to be antithetical to our core values,” said Beau Kuhn, Director of Marketing for both KVP and MakeShaper. “Ultimately, our goal for both companies is to foster the ideas of the 3D community by inspiring Makers of all skill-levels, need-levels, and I-can-change-the-world levels to make anything.”

The phrase “make anything” is a line pulled directly from MakeShaper’s original tagline— “We make filament so you can make anything" — which, according to Kuhn, will be reimplemented throughout the marketing campaign for the website merger.