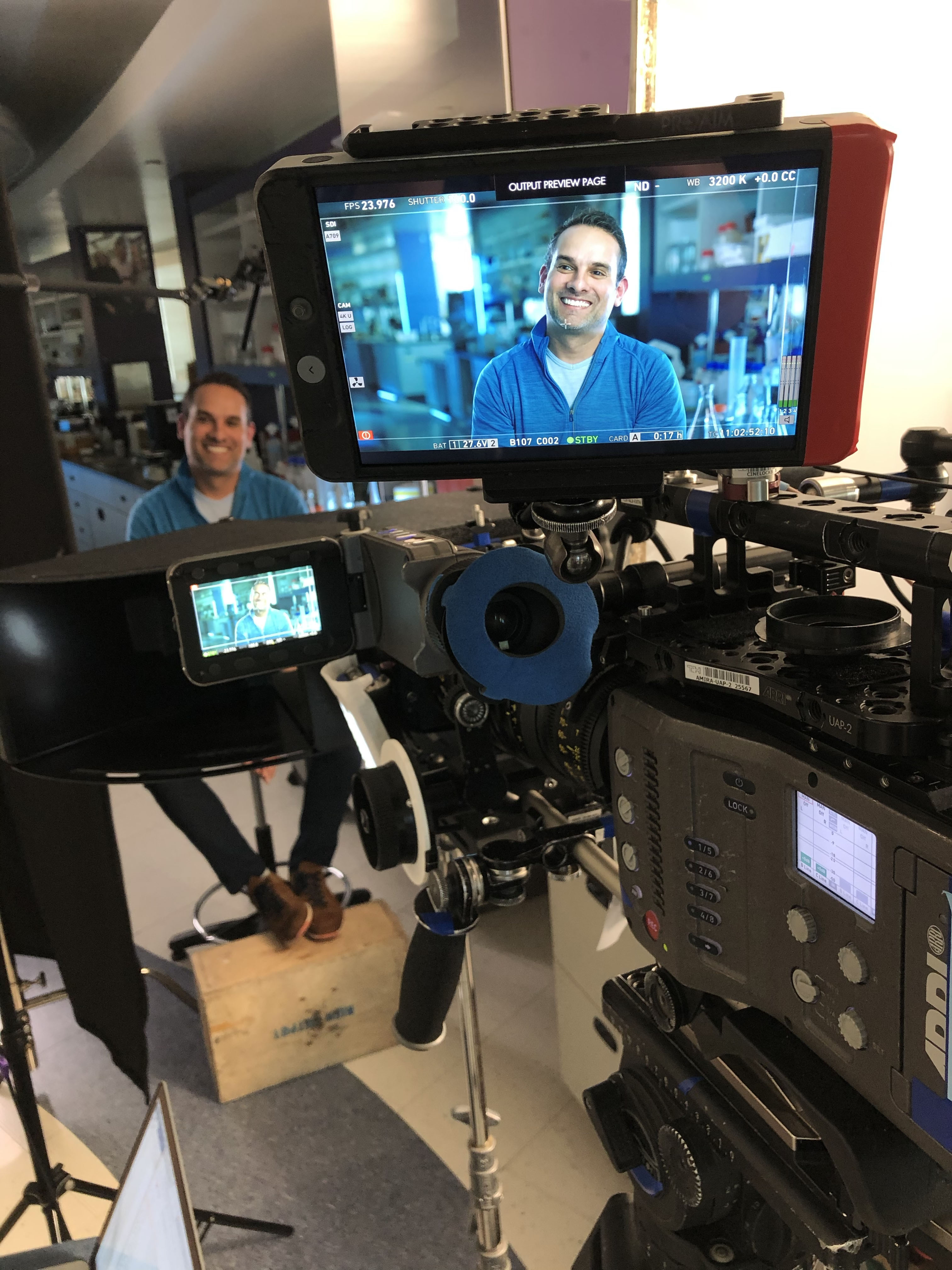 Cambridge, MA, December 18, 2019 --(PR.com)-- The ALS Therapy Development Institute (ALS TDI), the world’s foremost drug discovery lab focused solely on finding treatments and cures for ALS, today proudly announced that it is featured in episode two of “The Age of A.I.,” a new YouTube Originals documentary series that takes an immersive look at artificial intelligence and its potential to change the world. The new learning series is hosted by Robert Downey Jr. and available to stream beginning today on YouTube.com/Learning. Episode 2 features former NFL linebacker Tim Shaw, who is battling ALS, as he works with a team at Google to help restore his ability to communicate, testing the prototype of Project Euphonia for the first time. Through Project Euphonia, Google and ALS TDI partnered to develop technology that can help ALS patients with speech impairments, like Tim, communicate using their smartphone.

Project Euphonia was initiated thanks to data collected from people with ALS through ALS TDI’s Precision Medicine Program (PMP). The PMP at ALS TDI is the most comprehensive and longest running translational research study in ALS. Through PMP, researchers at ALS TDI partner with people with ALS around the world to share and gather data on voice, movement, lifestyle, medical and family histories, genetics, biomarkers, and patient tissue samples to better understand the disease. PMP grew from 25 to 300 participants in 2014 largely due to funds raised through the Ice Bucket Challenge. Now, five years later, the program has enrolled over 600 people with ALS. In 2018, ALS TDI partnered with Google to leverage their expertise in artificial intelligence to analyze the “big data” collected from the Precision Medicine Program, making significant strides towards the development of unbiased, quantitative and sensitive measures of ALS disease progression.

“Google’s technology and expertise has allowed us to draw insights from our Precision Medicine Program data that would otherwise not have been possible,” said ALS TDI’s Chief Scientific Officer, Fernando Vieira, M.D. “Through the Project Euphonia collaboration we are now able to see how these data can be used to not only increase our understanding of ALS, but to also build technologies that can help people with ALS, and other speech impairments, communicate in new ways.”

The mission of Project Euphonia is to leverage research initiatives at Google to help people who have difficulty speaking because of neurologic conditions, like ALS, communicate and gain independence. The premise is that existing speech recognition tools have not been trained on enough ALS-affected voices yet to optimize an algorithm to recognize them. Now, as a part of Project Euphonia, many participants in the PMP have recorded hundreds or thousands of specific phrases in order to train these algorithms – allowing mobile phones, computers, and other smart devices to more reliably recognize, transcribe, and respond to the phrases expressed. This research could eventually allow people with ALS to independently send text messages or to generate spoken commands using Google Home devices. In Tim Shaw’s case, additional recordings of his voice taken from the years before the onset of ALS were able to further train a text to voice program to read his words in his “original” voice, providing for a moment of particular emotional resonance in this episode of “The Age of AI.”

“People with dysarthria and other physical limitations should be able to have access to written and spoken communication - email, the internet, social media, options for independent access to reading, television operation, and more,” said Google’s Michael Brenner, PhD. “We’re excited our partnership with ALS TDI has the potential to one day help thousands of ALS patients communicate with their loved ones.”

“The Age of A.I.” premieres today on YouTube. To see more of Tim’s story and the work Google’s Project Euphonia is doing to restore his voice, you can watch the episode here. For more information, please visit www.als.netor www.als.net/news/project-euphonia.

Based in Cambridge, MA, ALS TDI has more than 30 full-time, industry trained, drug development experts on staff. ALS TDI is internationally recognized as a leader in preclinical and translational ALS research, and partners with pharmaceutical companies and biotech organizations all around the world. Rated a four-star nonprofit on Charity Navigator, ALS TDI spends 87 cents of every dollar raised on finding effective treatments and cures for ALS. Visit www.als.net for more information.
Contact
ALS Therapy Development Institute
Meghan Lawlor
617-441-7269
als.net