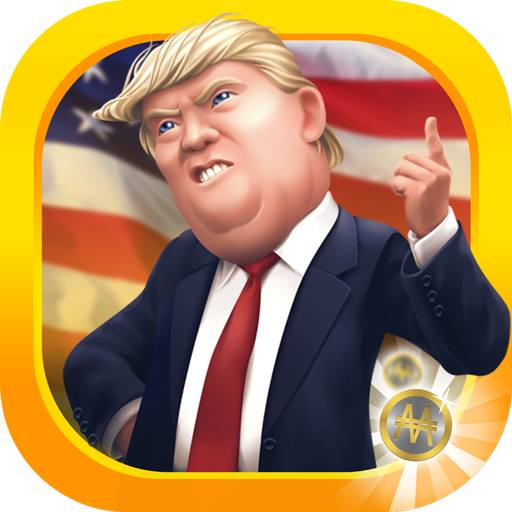 New York, NY, October 28, 2020 --(PR.com)-- Blockchain gaming startup, Fuego HD releases a beta version of The Presidential Race, a politically themed endless runner style mobile game for Android and IOS devices. The new game is set in the streets of NYC, and features United States President Donald Trump running through The streets of NYC and on top of NYC subways while collecting Ethereum tokens called Moneda or $MEX for short. Players can also choose to run as Joe Biden instead and when the full release rolls out they will be able to choose from other political caricatures such as Nancy Pelosi, Hillary Clinton, Bernie Sanders, Barack Obama, and AOC. More prominent political figures are planned for future releases as well.

The political parody was rushed out to app stores just a week before the US Presidential Election in an effort to get people to go vote. The background music consists of humorous versions of Hail to the Chief and The Star Spangled Banner and sound effects are quotes of President Trump's actual voice. “While the subways and buildings look realistic and actually resemble NYC, it's meant to be comic and amusing so people recognize that the elections are not a joke and how important it is to go vote,” says Ivan Fuego, Founder and CEO of developer Fuego HD.

Players pick up $MEX tokens while running in the game, a real cryptocurrency which they will be able to trade for $ETH on the popular Ethereum DEX Uniswap. As an effort to boost downloads leading up to Election Day, the developer is giving away 100,000,000 $MEX tokens to the first 20,000 testers as a free airdrop of 5000 $MEX each. That's 10,000 Android and 10,000 IOS. The tokens are automatically added to their balance after the first run, although they won't be able to withdraw the tokens just yet. Instead they'll need to hold on to the tokens and not uninstall the game until an update is released with full wallet functions.

Fuego HD is a blockchain gaming startup focused on developing fun, entertaining and addictive mobile games for IOS and Android devices in which users win real cryptocurrency while playing. The Presidential Race is the first game released by the new studio with several more already in the pipeline. For more info about Fuego HD please visit fuegohd.games.