When a planet of friendly robots faces a galactic takeover, they learn to work together with kindness. Steampunk meets junk art in the inventive and “riveting” illustrations of this heartwarming story. 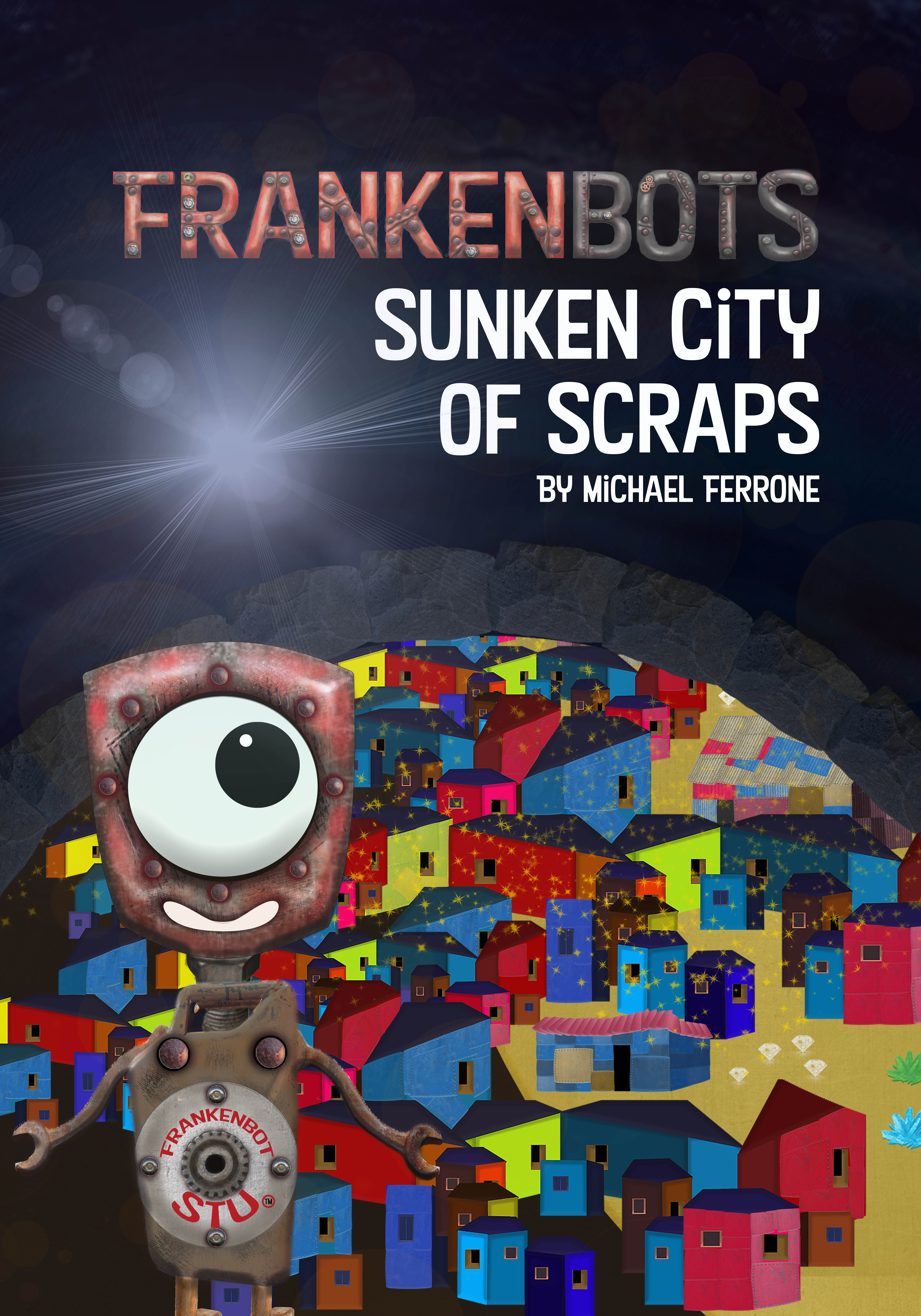 Huntington Beach, CA, March 26, 2021 --(PR.com)-- When their planet is threatened by galactic invaders once again, the world of Frankenbots - charming little robots made from scraps of metal, rivets, cog wheels, and gears - has had enough. In "Frankenbots: Sunken City of Scraps," the second title featuring the charming bots, author and illustrator Michael Ferrone shows young readers that setting differences aside and working together is the best chance at victory.

At an interplanetary town hall meeting, Frankenbot Stu, a natural robot leader, tells his peers that they need to be prepared for the incoming invaders and asks the group for ideas. When the fellow robots argue and shout, putting down each other’s ideas, they cannot agree on a plan of action.

Before long, a quake running through their robot village uncovers a hidden city, one they thought was a story of folklore and myth until now. Sunken City was a place of robot paradise, rich with all of the parts that they desperately needed.

“There had been legends of this secret place, with gadgets of gold, stone, and steel. But no bot believed until they saw it up close. Now they knew. This place was real.”

With an incredibly inventive art style masterfully combining both a retro and modern feel, Michael Ferrone’s illustrations give young readers much to pore over on each page. With the steampunk-esque and three-dimensional junk art style, children will delight in the visualization of each robot, right down to their nuts and bolts washer breastplates featuring their names such as Frankenbot Blanche and Frankenbot Twitch.

The affable Frankenbots come to realize that sharing their ideas, listening to each other, and showing kindness helps to achieve their goal: “Frankenbot Stu was filled with pride. The bots worked together and set differences aside.” "Frankenbots: Sunken City of Scraps" is a perfect read-aloud for families and one that young children will enjoy returning to time and again for the uplifting story, charming characters, and unique illustration style.

"Frankenbots: Sunken City of Scraps" is available now wherever books are sold. To learn more about this book and Michael Ferrone’s earlier publication, "Frankenbots: Stu Saves the World," and the author’s mission of donating Frankenbots books to children’s hospitals, visit https://www.frankenbots.co/.