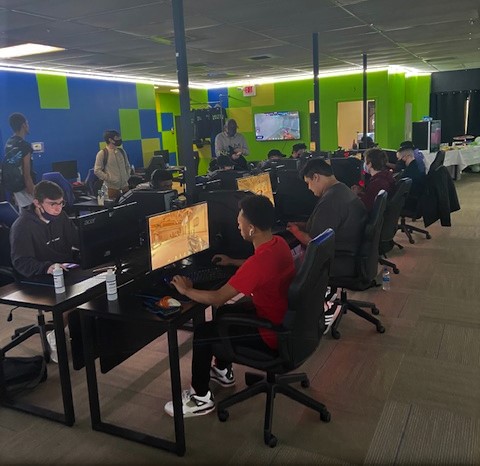 Metro Esports, a digital sports production agency and tech-based education facility, located in Warminster, PA., announced that it has signed an agreement with the Central Bucks School District (CBSD) to be the district’s “Official Esports League, Skills Combine and Tournament Partner.” CBSD is the third largest school district in Pennsylvania and the partnership has the potential to impact 24 schools and more than 17,000 students in its elementary, middle and high schools, as the first school district in the Commonwealth to sanction virtual/live esports league play. This partnership gives all interested students a competitive, welcoming and inclusive outlet for gaming.

Managed by Metro Esports beginning in February, four esports seasons will include six weeks of virtual game play, with live Playoff and League Championship matches hosted at The Metro Gaming Lounge, located on Street Road in Warminster. This first of its kind competitive multi-season competitive esports League will include popular game titles like Apex Legends, Rocket League and Fortnite. In season, the Metro facility will be available for both individual and team practice sessions and one-on-one coaching and skills training.

Elementary gaming and technology enthusiasts will be able to participate in Minecraft games, challenges and learning opportunities, many of which align with the CBSD curriculum.

“I am excited to partner with the Central Bucks School District and greatly look forward to creating opportunities for young people to represent their schools, make new friends and teammates, all while experiencing the thrill of competitive sports competition,” said Shaon Berry, Metro Esports CEO.

Partnering with Metro Esports will afford Central Bucks School District a unique opportunity to offer its K-12 students a combination of gaming and technology-based skill development, an outlet for competing in a non-sport, team activity and the ability to learn about gaming industry and STEM/STEAM careers in a very hands-on way. The partnership is an innovative approach to creating opportunities for students of all ages, interest levels and abilities to pursue their interests in gaming and technology. League registration will begin on Dec. 15 on the Metro Esports website https://metroesports.gg.

“We are delighted to enter into this partnership on behalf of our students,” said Abram M. Lucabaugh, Ed.D., Central Bucks’ Superintendent of Schools. “This is an exciting opportunity to create access and opportunity for our students within the growing industry of E-sports. We are excited for our students to engage in this competition and collaboration.”

Metro Esports also hosts content creators in its state-of-the-art studio, available for podcasts, live streams, broadcast engineering and music engineering. For aspiring technologists, there are classes in coding, game design and robotics. Once a student completes a class, they can apply for industry internships with Metro Esports’ tech company partners. Metro’s technology programs are accredited by STEM.org. For more information about Metro Esports, visit https://metroesports.gg and follow @metroesportsus on Instagram.