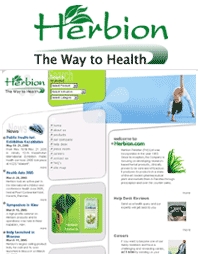 An internationally renowned name in the herbal medicine industry Herbion, a company established in 1983, started its operations in Russian Federation in the year 1999 by launching its block buster product Linkus cough syrup and since then it has made a mission of bringing high quality, effective and chemicals free medicine to the Russian market. Due to its high quality standards, safety and efficacy Herbion’s research based products like Linkus syrup, Linkus Lor, Insty and Verona have become household names in Russian Federation. Herbion is also currently operating in Pakistan, Ukraine, Belarus, Kazakhastan, Uzbekistan, Kyrguzstan and Sri Lanka with plans to launch operations in more countries of CIS, the EU and USA. Herbion’s modern manufacturing facility conforms to the latest International cGMP standards. Herbion maintains a modern, well equipped and automated natural herbs extraction unit, which can extract all types of plants with complete control of quality. The most advanced and latest technology is applied to enhance and preserve natural active ingredients in herbs. Research & development are of great value at Herbion, Its research and development team develops new products through research of new compounds, existing formulation and drug delivery systems (DDS).

Herbion was founded in the city of Karachi, Pakistan in 1983 by Mr. Akhlaque Ahmed, former Managing Director of Albert David. The Company started its operation through ethical promotion of its products through its medical representatives in all major towns of Pakistan. By 1987 it had six products in its portfolio. Herbion was acquired by the present management in 1995 and it become a part of Kehkashan Group of Companies, which was a multi profile group in business since 1967 in diverse fields like Leather, Textiles, Pharmaceuticals and general trading. Its major areas of operation were CIS (former Soviet Union) and one of group companies was entrusted with the establishment of first modern Pharma plant in Kyrgyzstan in 1997 on turnkey basis for the Government of Kyrgyzstan. Herbion started marketing and distribution of its products in CIS in the year 1996. Kyrgyzstan becomes the first CIS state where it started its operations, which gradually expended into Kazakhstan, Uzbekistan, Russia, Ukraine and Belorus. At present Herbion markets and distributes its products in CIS and plans to expend into the US and Sri Lankan markets in the year 2005 and European Union in the year 2006. The management team comprises of highly trained professionals working in a multicultural global environment, ably headed by Mr. Nadeem Khalid and Mr. Khurram Khalid as Directors of the various subsidiaries of Herbion Group. It is committed to become a global leader in herbal medicine.